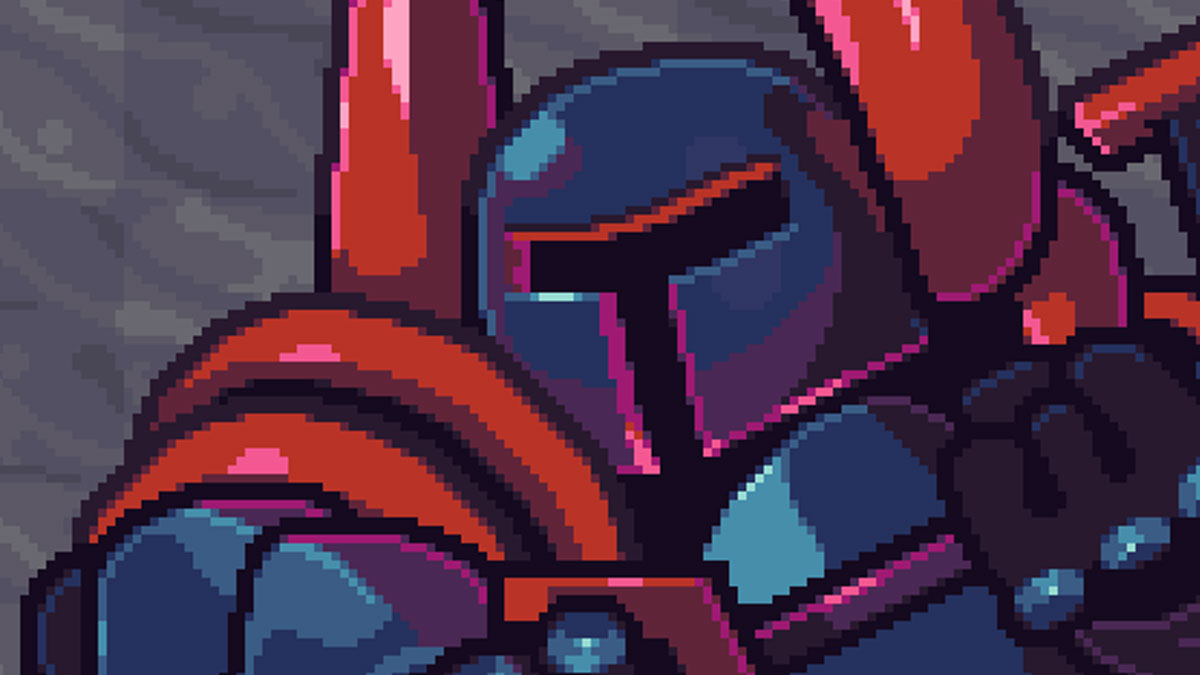 Shovel Knight’s friends and foes return in Pocket Dungeon, and that includes Black Knight, who’s both friend and foe to our hero. While many characters are unlocked by beating them in a boss fight, Black Knight has to be rescued from one of the game’s four shrines. Read on to find out just how to do that.

Step one, you need to know how to reach the shrines. These special rooms can be accessed from four stages: the Lich Yard, Chromatic Caverns, Stranded Ship, and Flying Machine. You’ll need to hit at least three of those during a single run to reach Black Knight. Look for a lone block that doesn’t match the others, then strike it. It’ll shatter in one hit, revealing a portal beneath. Strike this too to activate it, then step through to be teleported to the shrine.

On your first visit, you’ll need three keys to open the locked door. Be sure you don’t use any of them on chests in the regular level, or you’ll be out of luck. Opening the first door unlocks Shield Knight, but we’re not done yet. Enter the shrine again in a later level — this time, you must sacrifice one pip of your max HP to open the door. Enter a third time in yet another level, and the door will require a 20,000 gem toll to open. By this point in a run, you should have far more than that if you didn’t go on a shopping spree at Chester’s store in earlier levels. Pay the fee, head inside, and you’ll find Black Knight.

Like Tinker Knight, Black Knight only has a measly three HP when you choose him back at camp. Also, like Tinker Knight, he has a powered-up form. Your gem meter essentially acts as an energy meter, making Black Knight blaze with increased attack power. Just be aware that collecting potions will both heal you and diminish the gem meter as it grows.