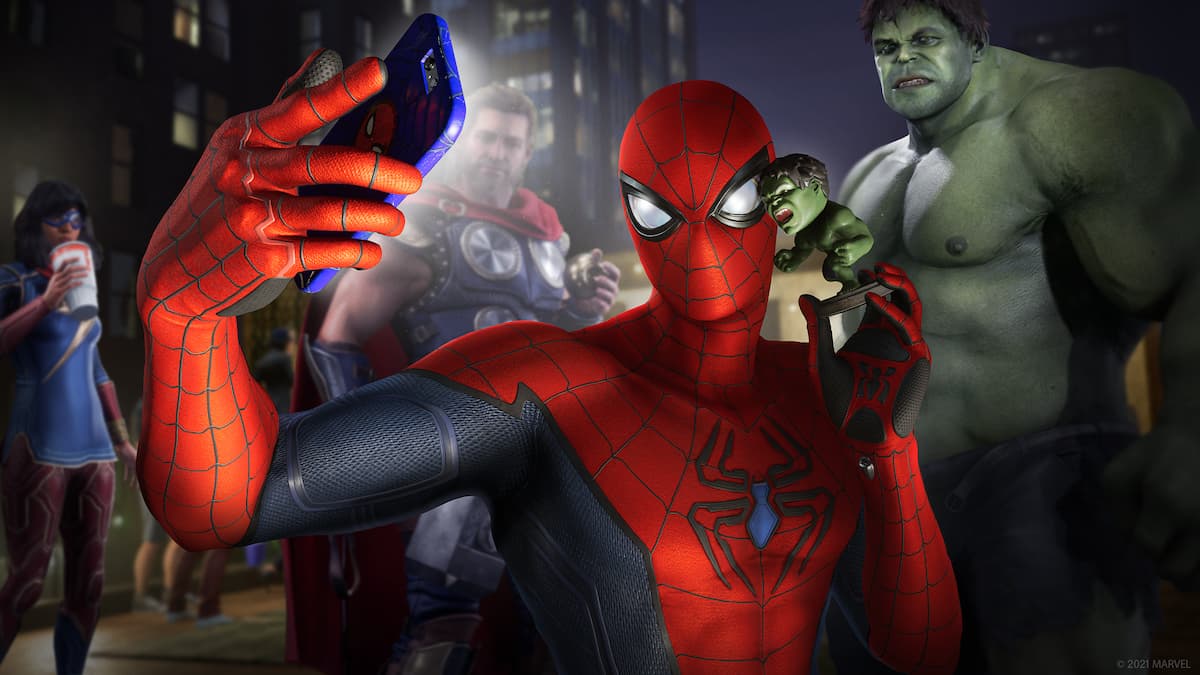 The Friendly Neighborhood Spider-Man has finally arrived in Marvel’s Avengers, but don’t expect to be able to play as him right off the bat. You’ll have to find the web-slinger first, or at least a sign of his presence. This guide will show you how to unlock perhaps Marvel’s most popular superhero in Marvel’s Avengers.

Firstly, make sure you’re playing on a PlayStation 4 or PlayStation 5; Spider-Man is only available on PlayStation versions of Marvel’s Avengers, and there’s no indication that he’ll swing onto other platforms anytime soon.

Once you start up the game, travel to the Chimera and examine the front windows of the command deck. The one closest to Lucky the Pizza Dog should have a “Suspicious Web” on its exterior. Interact with it, and you’ll get a cutscene featuring Spidey expositing on his familial bond with the Avengers, as well as his reason for fighting alongside them. Once the cutscene ends, you’ll be back on the Chimera’s command deck, only this time you’ll be playing as Spider-Man.

Spider-Man doesn’t come with his own campaign, but you can watch his story unfold through unlockable challenges via the Avengers Initiative multiplayer mode. Spidey’s story follows him on a quest to prevent AIM from making an army of unstoppable Synthoids. You can also acquire quite a few alternate suits for the character that each draw inspiration from various periods of the web-slinger’s nearly 60-year-long history.