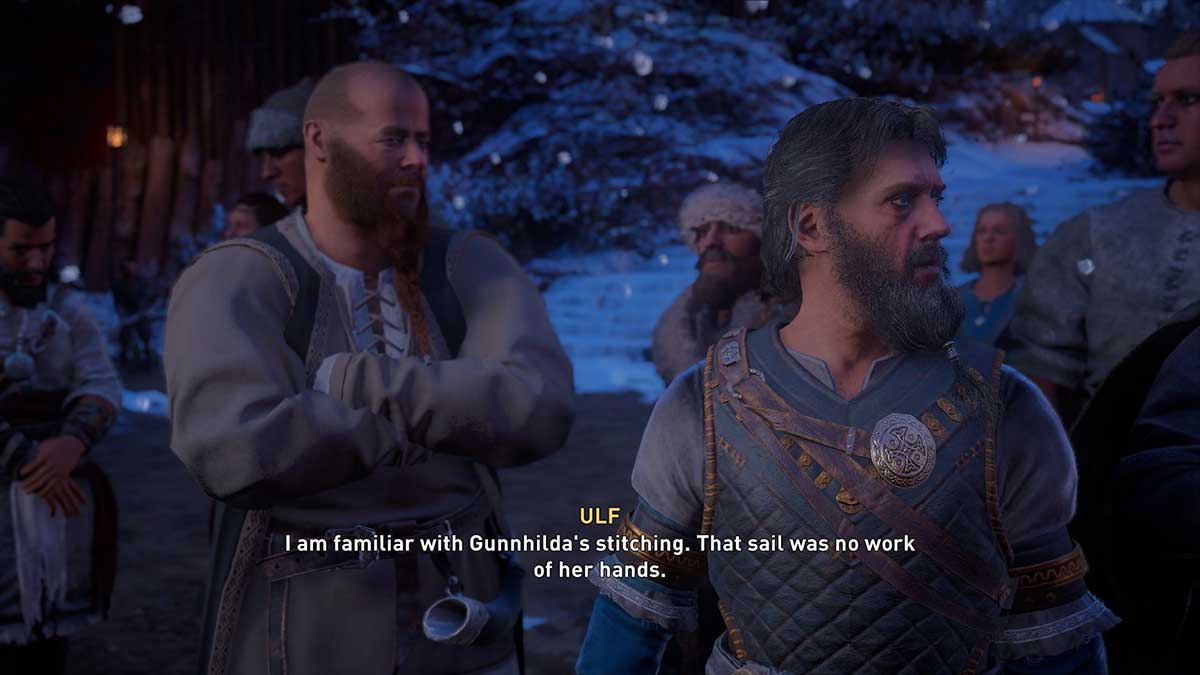 During the Oaths & Honour quest in Assassin’s Creed Valhalla Discovery Tour: Viking Age, Thorsteinn will be accused of being an Oathbreaker by a new business acquaintance, Bjorn. Of course, Thorsteinn is no Oathbreaker, but you need to gather the evidence to prove this to the assembly. In this guide, we’ll cover where you can find every piece of evidence that Bjorn is lying, so there’s no chance of Thorsteinn being exiled.

The first piece of evidence is right next to where you gain control of Thorsteinn again after Bjorn accuses him of breaking his oath. You need to examine the rotting sail that Bjorn says Gunnhilda stitched to identify that it’s not one of her sails at all.

The second piece of evidence is an NPC down on the dock. He’s the one hanging out near the dead whale and should have a dialogue icon above his head as you approach him. He’ll tell you that Bjorn brought in a recent shipment that stank of wet wool and wood, indicating that the sail that was transported wasn’t kept dry on its journey.

The final piece of evidence is further down the front, on a boat that you should be able to see while next to the dead whales. You need to climb on top of it to find Gunnhilda’s sail, which Bjorn has seemingly kept aside for himself to ensure he has pride of place on the upcoming raid. Once you find all three pieces of evidence, you’ll be able to take it to the assembly and rally others to Thorsteinn’s cause.