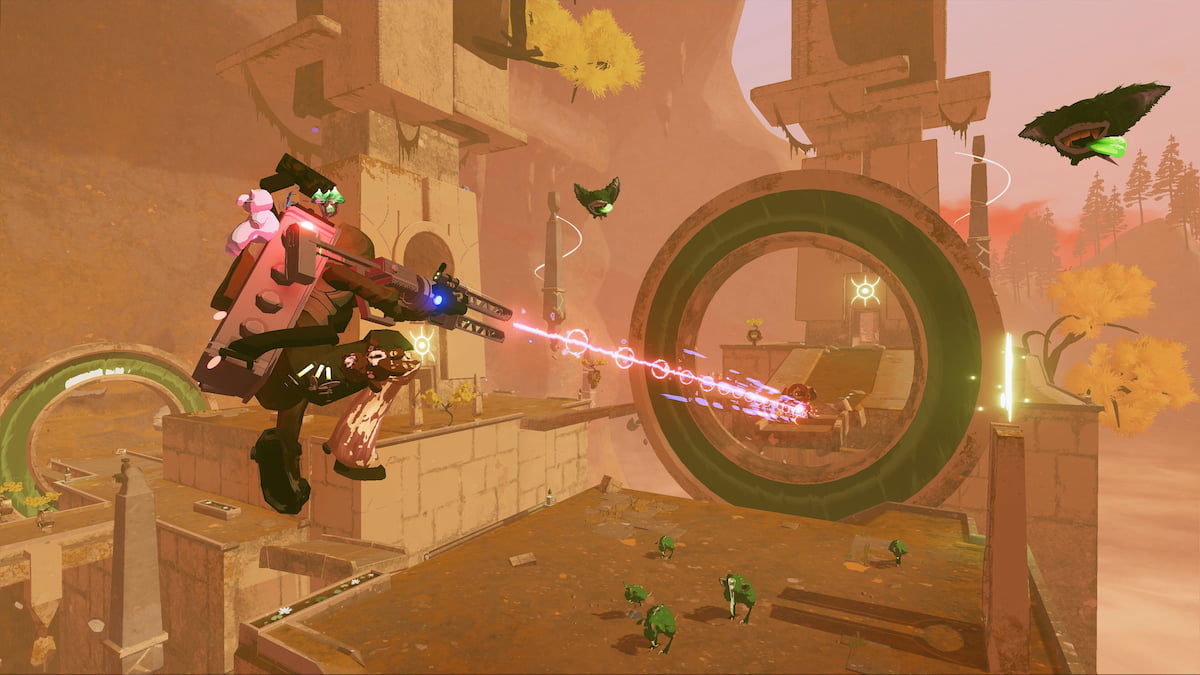 The first Risk of Rain title locked most of its characters behind achievements and secret entrances in some of its levels, and Risk of Rain 2 is no exception. This guide explains how to unlock The Huntress, and what are its primary, second, and special skills.

Related: All items and equipment in Risk of Rain 2

Who is the Huntress in Risk of Rain 2?

One of the original playable characters in the first Risk of Rain title, the Huntress, rains down deadly ranged shots on her enemies. She specializes in dealing damage from a safe distance. This allows her to run away if the enemies try to come near and then find a better spot from where to shoot her projectiles.

The Huntress doesn’t have any melee fighting skills, and has low defense, making her a glass cannon of sorts, like the Artificer. She compensates for this with her ranged fighting ability, and a very quick base speed of 7m/sec. The Huntress might feel weak when you start playing as her, but she will eventually become more powerful with more skills you acquire.

Where and how to unlock Huntress in Risk of Rain 2

One of the characters you won’t need to unlock in Risk of Rain 2 is the Huntress. She is unlocked by default as an alternative to the Commando.

All Huntress skills in Risk of Rain 2

Here’s a better look at the Huntress’ skills you can take advantage of in the game: