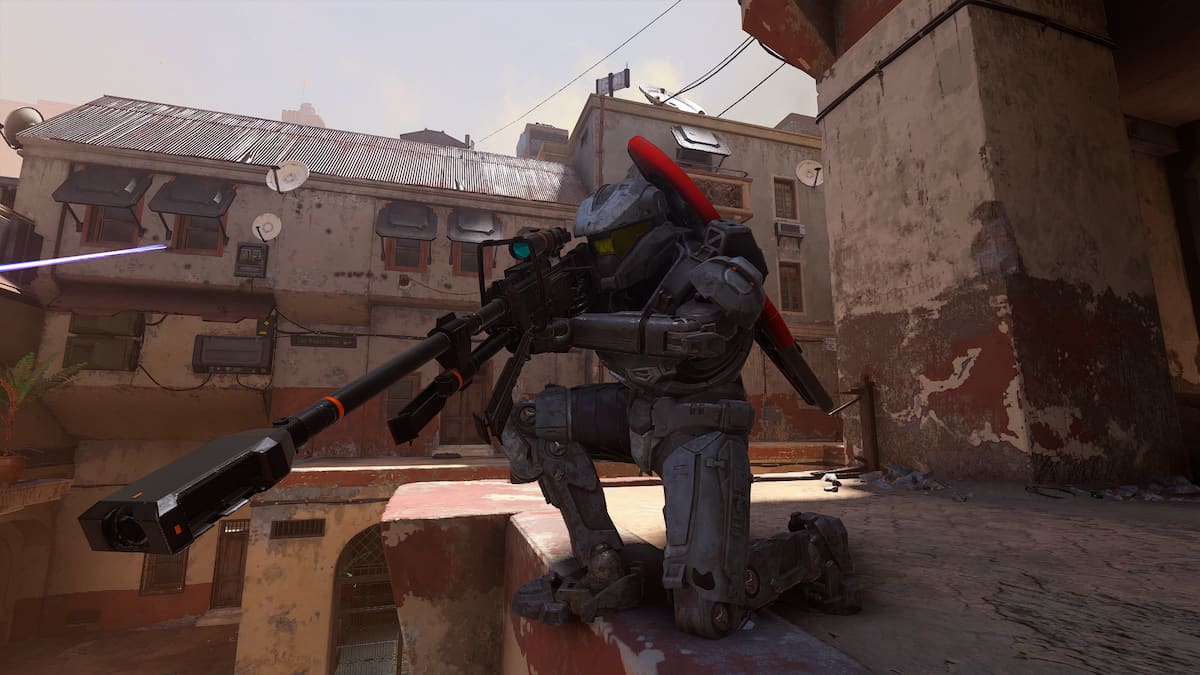 The sole sniper rifle currently in Halo Infinite’s multiplayer is the S7 Sniper. It is one of the most dangerous weapons from long-range, ending opponents with one or two shots. With it being one of a kind, expect both teams to fight for the weapon. Once you’re able to get your hands on it, here’s how to succeed with it at a high rate.

Unless you’re in a custom match, the S7 Sniper can only be obtained by picking it up on the battlefield. The weapon tends to spawn at each map’s highest points, such as inside two-story buildings or on the tip of a large hill. If you’re playing Big Team Battle, additional S7 Snipers can be discovered hiding within vaults once unlocked.

When the sniper is equipped, you’ll find that it has 5.0x and 10.0x zoom levels. As shown above, players can switch between these two levels at any time by pressing down on the controller’s left analog stick. If you’ve changed the default controller settings, head into the setting’s main menu to see a photo of your control scheme and its respective zoom button/key.

Aiming with the S7 Sniper Rifle

The sensitivity of each zoom level can also be altered individually from the settings menu. As the default scale begins at 1.0, lowering this will slow your aim’s movement and vice versa if you desire to speed it up. Typically, you’ll want to change it to the pace that helps land headshots the easiest. These shots usually eliminate enemies with one hit, as body shots will take no more than two hits.

Lastly, like older games in the series, Halo Infinite does not have projectile shooting for snipers, which means that you won’t need to aim above your target’s position when shooting from long distances. Fire when the reticle turns red and is directly pointed at an opponent.

Related: How to use the Hydra Launcher in Halo Infinite