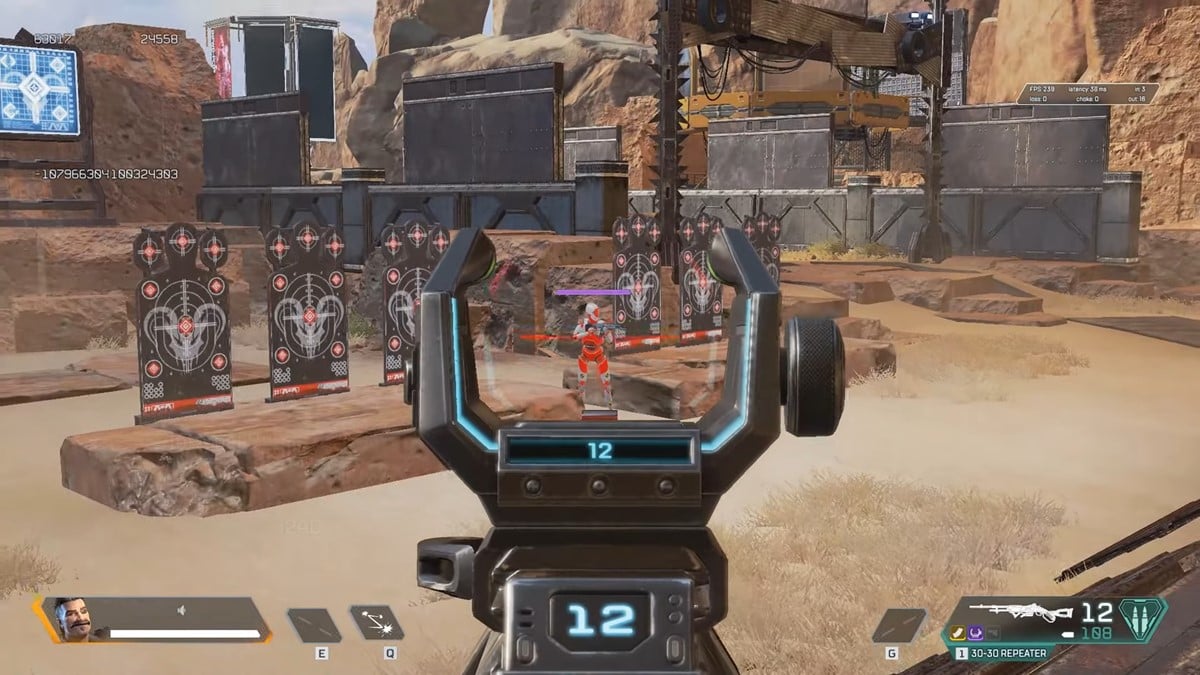 With each new season, a bunch of new content gets added to Apex Legends. That said, it’s been a minute since one of those new features was a new weapon. Season 6 gave us the Volt SMG, but among all of the hype around a new map and the addition of vehicles, there was no new weapon in Season 7. Season 8, however, has brought a brand-new heavy weapon to the roster called the 30-30 Repeater. Let’s take a look at how it works.

First and foremost, let’s take a look at the 30-30 repeater by all of its details.

The 30-30 repeater is a heavy weapon that starts out with 6 ammo, but scales at a higher rate than the Wingman.

The 30-30 Repeater is also the only Assault Rifle that only has a single-fire mode. (All other ARs have at least one other fire mode in addition to single-fire, though the G7 requires a Hop-Up for the second mode.)

Another unique element of the 30-30 Repeater is that each shot has a charge meter. Unlike the Sentinel sniper rifle, the charge is automatically a part of the weapon and does not require any outside items or sources. The base damage vs. the way the charged shots deal damage is as follows:

In order to charge a shot, hold down the trigger and let go when the charge meter is full. The meter will either appear on the gun itself, or the equipped optic.

Due to the charging element, this gun is going to be the best at the higher end of mid-range, and it is generally going to be at its best with a 3x HCOG “Ranger” or a 2x-4x Variable AOG optic. That said, because you have the option to rapid fire at a lower damage if you feather the trigger, the gun it still somewhat viable in close-range combat too.

Like the Mastiff Shotgun, the 30-30 Repeater reloads one bullet at a time. This means running out of ammo in a fight without another viable weapon in hand is pretty much a death sentence, if you don’t have a good amount of range between you and your opponent. That said, the brand-new Gold Extended Heavy Magazine is perfect to pair with the 30-30 Repeater, due to its special ability. When equipped, over time, a holstered weapon will reload on its own.

That said, the time it takes to do such means you should have a faster reloading weapon paired with the 30-30 Repeater. It is unwise to pair it with the Mastiff or any sniper rifle. It is best to pair it with another Assault Rifle, an LMG or an SMG.

Overall, the 30-30 Repeater may not be for everyone, but there are definitely ways to utilize its unique playstyle and power when you breakdown every element of the weapon and think about it strategically.

TL;DR: The 30-30 repeater. Single-fire Assault Rifle. Either charge your shots or feather the trigger. Get a gold magazine, if possible, to combat slow, single-bullet reload time. Similar playstyle to the G7 Scout, though in some ways is closer in behavior to the Longbow. Base of 6 shots, and max of 12. Works best in a mid-range battle, choose your optic according.