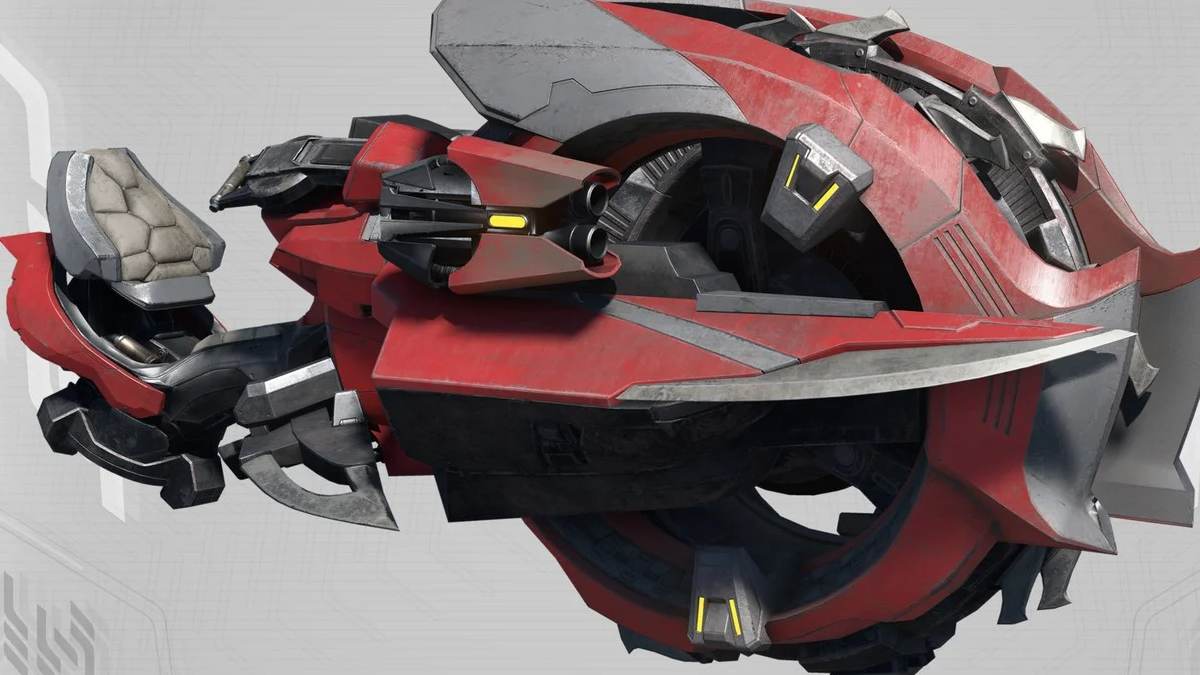 Unlike the standard UNSC Warthog that operates on four wheels like a normal car, the Brute Chopper is a one-person, alien vehicle akin to some sort of deadly motorcycle. The driver sits in an open-air cockpit, and two large, armor-plated wheels in front of the driver propel the Chopper forward. Though operating the Chopper may feel slightly weird since it doesn’t seem to adhere to known laws of physics, this guide will tell you all you need to know to successfully operate the Brute Chopper in Halo Infinite.

Once you find a Brute Chopper, walk over to the driver’s seat and hold X to drive as soon as you see the prompt. From there, use the Left Thumbstick to control your directional movement and the Right Thumbstick to control the camera. The Brute Chopper is a less stable ride than something like a Warthog that has four wheels on the ground, so it may be more challenging to navigate in a straight line. It can also be wobbly at times, so do your best not to tip it over when colliding with objects and turning.

Speaking of turning, you’ll notice that — because of the Chopper’s unique design — you should be able to make sharper turns and enter narrower areas compared to some of the larger land vehicles. You can also activate a boost ability by holding Left Trigger (LT). This increases your speed for a period of time. A meter on the bottom-right side of your screen displays your boost meter. Once it runs out, you’ll have to wait for it to recharge before you can boost again. If you time your boosts correctly right before hitting ramps or hills, you’ll be able to get some solid air and distance.

Related: How to find Recent players in Halo Infinite

The main combat feature of the Brute Chopper is its pair of Spiker autocannons located on either side of the front wheels. To use the guns, simply aim your reticle at a target and hold Right Trigger (RT) to fire. The fire rate is relatively slow, but it deals a decent amount of damage. The slower fire rate does mean you’ll have to nail your shots, though, as you’ll have fewer chances over a longer period of time to nail hits compared to a Warthog turret or Ghost. Fortunately, the shots travel a considerable distance, making the Chopper somewhat viable at range.

While the autocannons are your main tools in combat, the Brute Chopper is best known for its ability to ram things. If you time a boost just before you hit other vehicles head-on, they’ll usually explode into clumps of debris. The Warthog may take two hits, however, depending on its health before you find it. Ramming also works on ground enemies. Simply time your boost to hit an enemy Spartan head-on, and you’ll instantly splatter them.

Remember to be careful when you’re using the Chopper. Although the front is armor-plated and blocks a lot of rounds, you’re wide-open from the side, making you vulnerable to power weapons and sprays from various assault weapons.