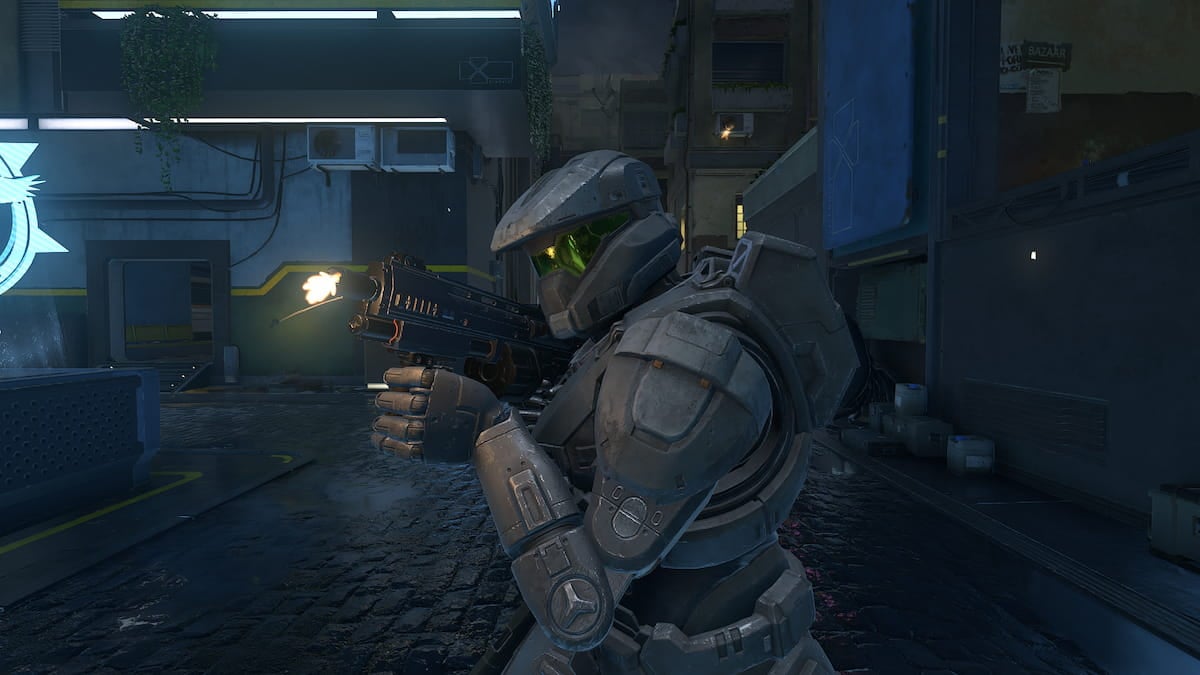 Halo Infinite’s CQS48 Bulldog shotgun is a fairly underrated weapon in multiplayer. It is one of the most common weapons you’ll discover in each game mode and can spell major trouble for the enemy team. As it isn’t like most shotguns you’ll find in shooters, it may take a while to understand its strength and weaknesses — but the Bulldog certainly has more of the former.

The CQS48 Bulldog is typically placed on walls that are near the middle of maps. The reason is, it is an excellent gun to run to when raising your chances of an up-close encounter. When picked up, the Bulldog comes packaged with 14 shots in total — seven for each of the two rounds it holds. Its reload speed and fire rate are impressive, mostly taking players about a second to do either.

At close range, the shotgun normally needs around three shots to wipe out an enemy. Despite its power, Bulldog users should be sharp with their aim, as its spread is only as wide as the aiming supplied for it. In sacrificing spread, the weapon’s medium-range ability stretches further than most will believe. Shot fired from 30 to 40 feet will earn you a hitmaker, but it could take an entire round of bullets to finish an enemy from this range.

Although respectable at medium-range, the Bulldog only sports a 1.40x zoom down sights, as it does not come with an optic. We recommend only firing the weapon without using this zoom level, as its hip-fire cursor is certainly large enough to perfect your shot anyway. It especially helps in objective-based modes, as it takes little effort to aim and hit multiple enemies huddled together in games like Capture the Flag or Oddball.

Related: How to use the Commando in Halo Infinite