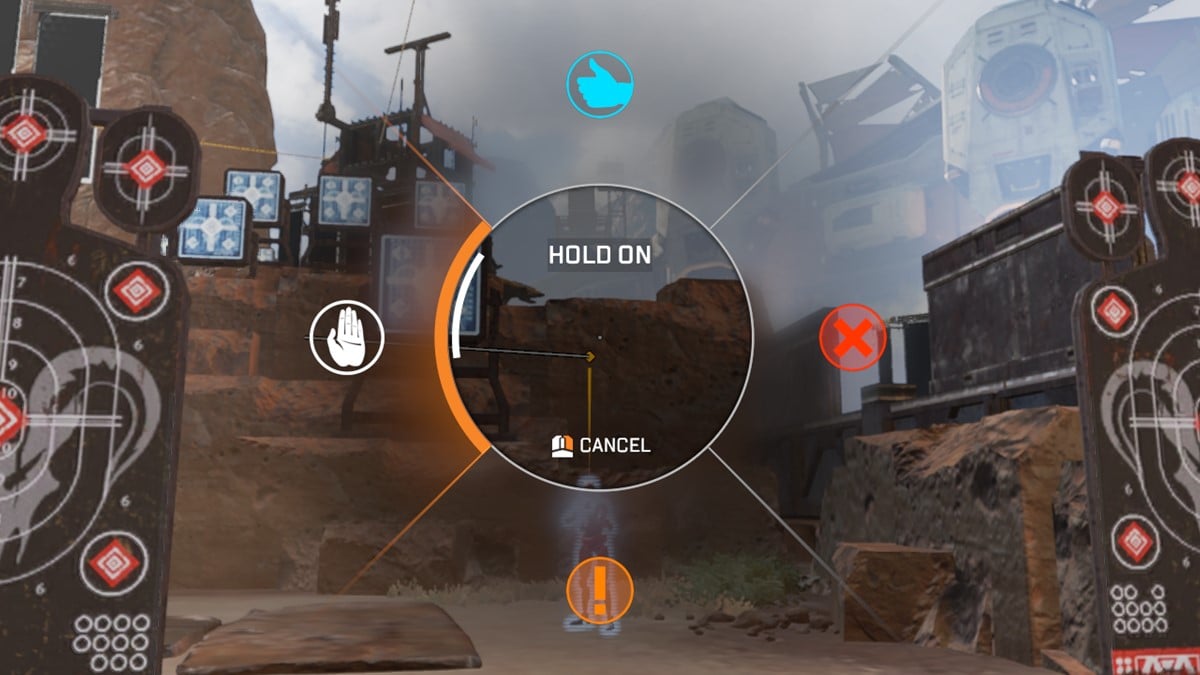 We’ve all been there — you’re playing a game of Apex Legends and a teammate pings a faraway location, and before you even have the time to think about if that is a good idea or not, your teammate is running off in that direction. Sure, if you are on voice, you can tell them to come back, but if you aren’t, what can you do? Well, that is where the Hold On ping comes in. This is a brand-new ping that comes with new voice lines for every Legend in the game.

In order to use the Hold On ping, hold down you ping button over the ping of another player. It will be on the left side of the action wheel as a white ping with a handheld in a stop sign for its symbol. Let go of the ping button over that option to tell your teammate to hold on/wait.

This is an extremely useful ping, because rather than saying an outright ‘No’ when you like the idea, but just aren’t ready, you can use Hold On. This indicates to your teammate that you may just need to loot up a little more, or you want to do something else in that area like scan a survey beacon before you get a move on. It is also good to use when someone wants to rush into a battle, but you want to hang back.