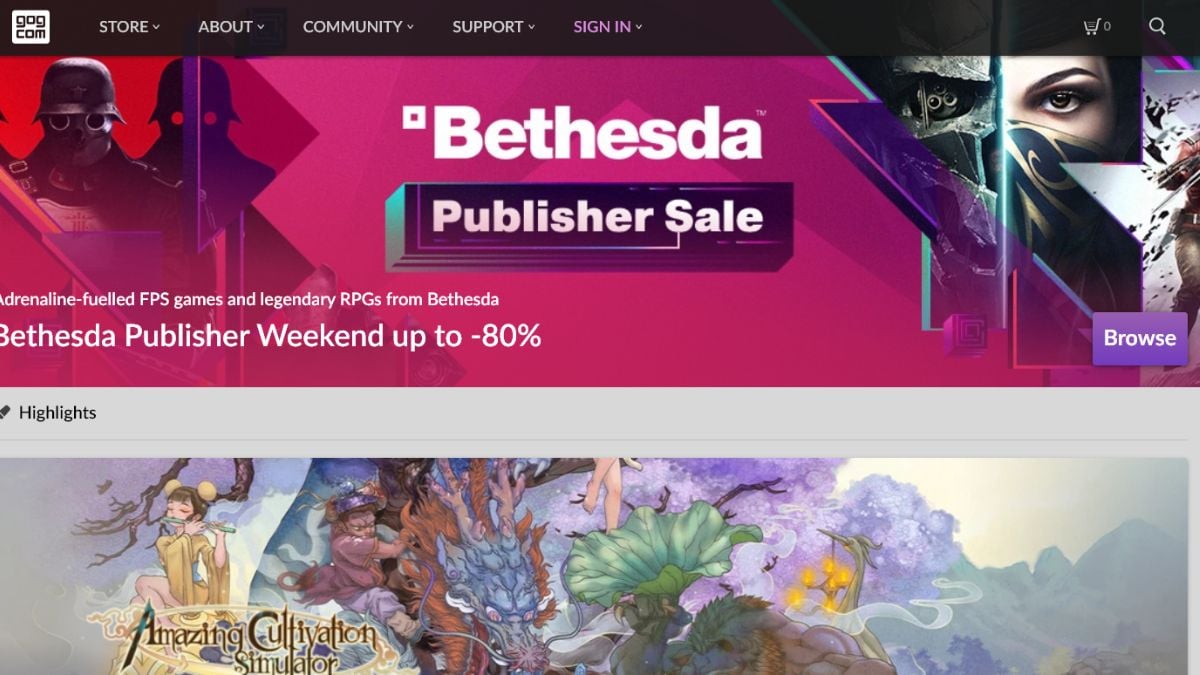 Purchasing retro games is typically a difficult process on PC as Microsoft continually updates its Windows operating system. GOG (Good Old Games) provides updates for its back catalog to keep its classic games library available on modern PC systems. However, is it completely safe and legit to download from this website? We’re here to explain if it’s safe to buy games from this Polish service.

GOG (Good Old Games) is run by a subsidiary of CD Projekt Red, the studio behind The Witcher series and the questionable Cyberpunk 2077. While the latter game is definitely fishy in terms of its quality on the PS4, GOG is completely safe and legit to use.

“When you’re with us, you can be sure that all games are legitimate, and your purchases support rightful owners and creators,” says the website on its About Us page.

If the game doesn’t work on PC or you want to cancel a pre-order, it’s no problem on GOG. You just need to request a refund within 30 days of the initial purchase and you’ll get your money, no strings attached.

It even has its own counter to Steam called GOG Galaxy that attempts to put all of your games under one banner instead of being separated by Steam and the Epic Games Store. While you still need the latter programs installed, it keeps track of your achievements and game time on each title, and it also allows you to add friends from across the spectrum.

CD Projekt Red establishes deals with prior license holders for the older games in its library. For example, you can buy The Jungle Book and the multitude of Star Wars games on the service, thanks to the company’s deal with Disney. CD Projekt Red tracks down who holds the rights and offers to update their titles for modern PC operating systems.

“Even if the game is older than you are, we test it thoroughly, fix all the bugs, and apply patches so it runs flawlessly on your next-gen PC and on modern OSs,” says GOG on its website.