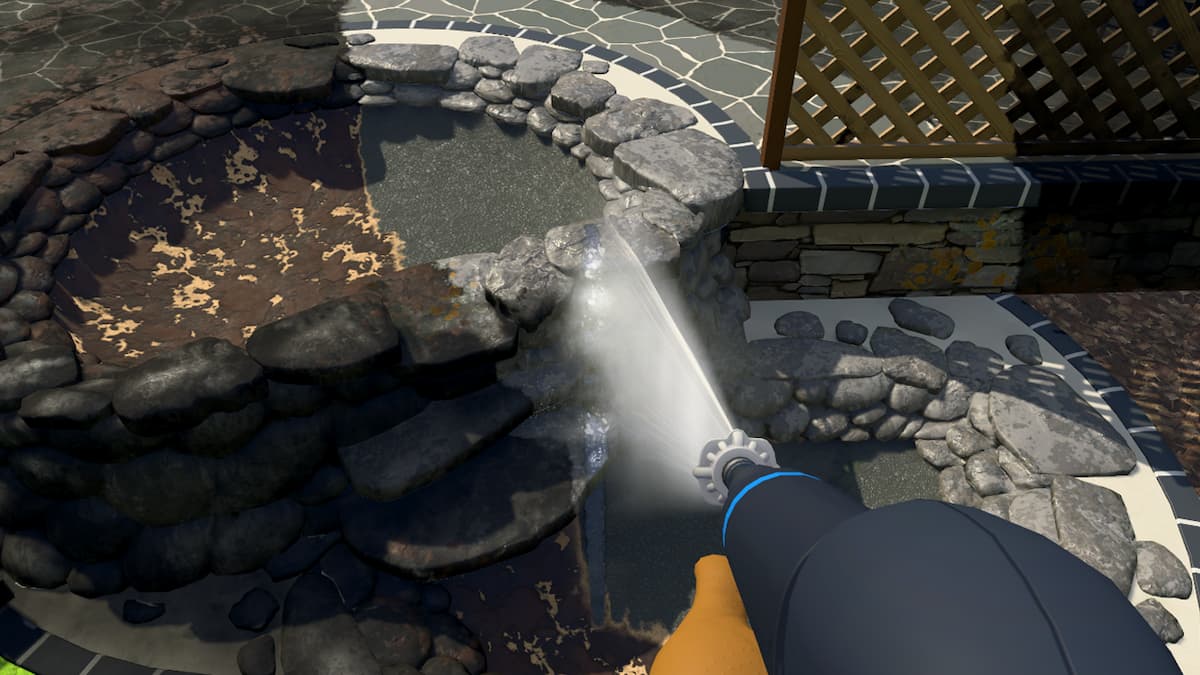 PowerWash Simulator sits somewhere in the middle of the current video game simulator landscape. We’ve seen many simulators ranging from the realistic Truck Driving Simulator series to more tongue-in-cheek titles like Goat Simulator. With such a niche core audience, the average consumer is probably wondering whether PowerWash Simulator is playable on Game Pass.

Can you play PowerWash Simulator on Game Pass?

PowerWash Simulator launched on Xbox Games Pass on July 14. It is playable on PC, Xbox One, and Xbox Series X/S. There’s even a cloud streaming option for those using it. PowerWash Simulator doesn’t have the broadest appeal, making it a perfect candidate for Game Pass. Especially within the console space, there are bound to be potential customers that need firsthand experience to determine whether it’s worth an investment.

As the name suggests, you’ll spend your time in PowerWash Simulator cleaning everything from roads to statues to vehicles.

There’s a progression system in place, letting you unlock new nozzles and tools as you complete tasks and earn money for your business. PowerWash Simulator features a story mode for players that want a sense of direction, combined with a bit of lore and storytelling surrounding the town of Muckingham. This story can either be played solo or co-operatively with one other person.

Related: The best nozzles and extensions in PowerWash Simulator

Alternatively, the free play mode lets six players team up. The mode lets other players join any mission the host has completed for some therapeutic powerwashing. If you’re after a bit of competition, PowerWash Simulator also offers various challenge modes, in which participants fight for higher scores or race against a clock.