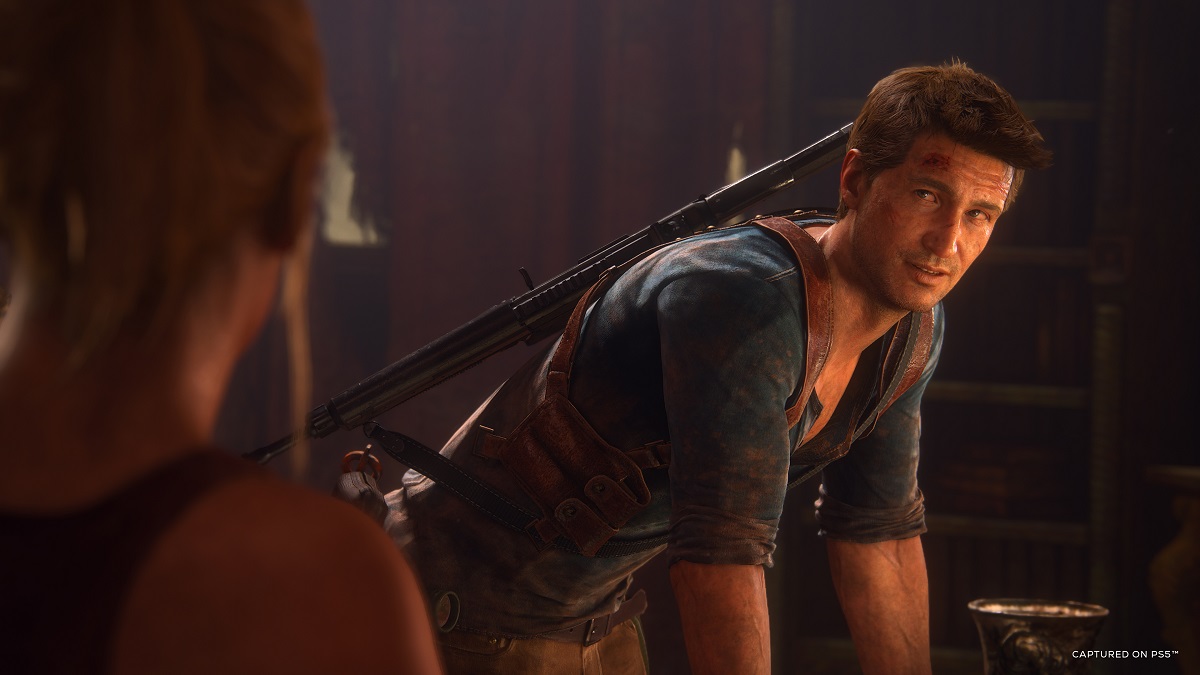 The Uncharted: Legacy of Thieves Collection is worth uncovering on the PlayStation 5, thanks to its incredible visuals, in addition to its spectacular blockbuster campaign. Sony has spared no expense in a remaster we thought we didn’t need but actually wanted.

One of the best collections, period

The original games are groundbreaking still to this day. This package includes Uncharted 4: A Thief’s End and Uncharted: The Lost Legacy, two stellar games that pushed the action genre forward. The story between Nathan and his lost brother Sam is touching in Uncharted 4 as the main protagonist takes his last ride. The Lost Legacy gives the series a fresh, more open-world perspective as favorites Chloe Frazer and Nadine Ross make up a badass duo.

What makes these games so great is the brilliant combat and stellar writing. The combat is riveting as you’re picking up stray weapons, blowing up explosives, and shooting your way through the level, like Arnie in a Hollywood film. In both of these games, the aiming has improved from the past trilogy, emphasizing the bravado of the scene and getting closer to the action. When locked into an opponent, the camera zooms closer to Drake’s adversaries more than in previous games, making aiming more dramatic and precise.

Between the action are vibrant conversations between the cast; they’re revealing their past experiences, emotions, and thoughts about recent events in the storyline, making them relatable throughout the adventure. The writing will intrigue you to the very end of the game. It sounds natural and humorous as Nathan and the gang are climbing the landscapes of Scotland and Madagascar.

The platforming and puzzle segments are cleverly interweaved between combat and cutscenes, designed to challenge the player in these quiet yet sometimes visceral moments. We also love to collect the treasures at each level, as they challenge us to explore hidden sections of the environment.

Other than the disappointing bosses throughout the games that deviate to a quick time event and a few levels that outstay their welcome, these Uncharted games are close to perfect, and it was a delight to go back to them. The games alone are worth the purchase.

When you look back at the PlayStation 4 generation, you sometimes don’t think there was a massive leap between then and now with the PS5. However, I was, at least, proven wrong. The Legacy of Thieves collection features a few graphical improvements that elevate the overall look of these games.

The lighting is gorgeous, especially during the opening levels of Uncharted: The Lost Legacy. The bright neon lights shine down on the dark streets of a war-ridden city and the characters’ faces.

The shadow drawn from the light on Chloe’s face looks outstanding and brings more tension to a dramatic scene. Through a dark building in the latter half of the level, you can see streams of purple light flowing from a large neon sign, creating an almost Skyfall-like mood as Chloe and Nadine find their way through the city.

Playing the original PS4 version on the PS5, the game loads at least 3x slower than the Legacy of Thieves alternate, which is drastic. The levels flow so much better because of this, and they look greater.

We booted Uncharted 4’s PS4 version on the PS5, and it was running at 30 FPS only, looked laggy and unpolished compared to the new product. The new 60 FPS option shows the gap in power that the PS5’s Legacy of Thieves Collection has over the original. The frame rate in the new version is rock solid, with gorgeous visuals. Seeing the full quality of the animation shine on the PS5, we were immersed yet again in the world of Uncharted.

Naughty Dog also established haptic feedback, giving you some realistic-feeling feedback. For example, as one is climbing up a mountain, you can feel the density of the rock underneath your fingers. You can also sense the vigorous vibrancy of each bullet flying out of your weapon as you’re firing.

Despite looking excellent in Performance Mode, a few irritants with Uncharted: Legacy of Thieves Collection can’t be ignored. The first is the lack of a multiplayer mode within the bundle itself. While most of the fanbase knows and plays the Uncharted series for the campaign, there is a dedicated group who loves the multiplayer mode. There aren’t that many third-person shooters on the market, especially on PlayStation, so it would have been a great gesture to include the multiplayer mode for PS5 players.

In addition, the developer of these remasters, Naughty Dog for PlayStation 5 and Iron Galaxy for PC, didn’t go fully into the build to change a few factors. The biggest outlier is the camera system in Uncharted 4: A Thief’s End. It feels old-hat. In modern titles, we see the ability to change the facial animation or even move the character to get just the right shot.

However, in Uncharted 4, Drake has an odd neutral facial expression that isn’t perfect for experienced photo takers. Without a smile or a frown, each picture of him is a reminder that it’s a game, not a piece of art that can be shared on social media for the world to see.

The Uncharted: Legacy of Thieves is well worth your money, especially if you already own these games, as it’s just $10 to upgrade. Each campaign provides a compelling narrative to follow and a worthy script to boot.

In addition, the visual upgrades that the Legacy of Thieves collection provides are gorgeous and make the game much better than the original 30 FPS release of Uncharted 4. If you have the time to spend or you’re a big Uncharted fan, we wholeheartedly recommend this game.

Disclosure: The writer was provided with a game code by PlayStation Canada for review purposes.