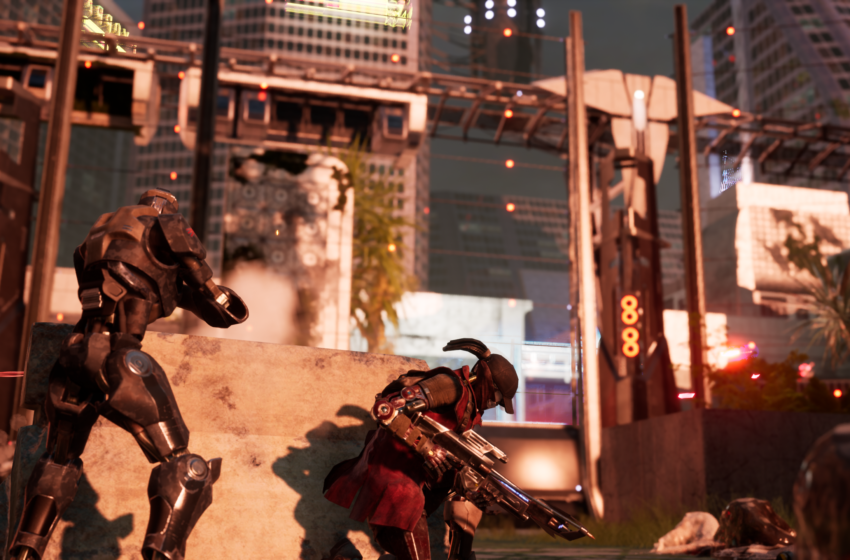 Disintegration — V1 Interactive’s sci-fi shooter — puts you in the role of Romer Shoal. As a gravcycle pilot, you spend every misson on-board your trusty vehicle, but you aren’t airborne for the entire game. Downtime between missions has you hanging out in a hub area, and you can move about freely — on foot — to chat to your allies, improve your abilities, and select missions or different difficulties. As these hub areas can be quite large, you might find it easier to run around to get from A to B quicker. Unfortunately, there isn’t a sprint button in Disintegration. As Romer, you can only walk or jog around the place.

It’s frustrating that there isn’t a sprint function in Disintegration. Sure, the hub areas aren’t massive — you won’t take five minutes to get from one side to the other — but it’s laborious having to jog around if teammates are far apart. V1 Interactive is an indie studio, so it might not have had the resources, but it would have been nice to have a run function and animation added to Disintegration to let players sprint if they wanted to.

It’s worth pointing out, while we’re talking about moving faster, that your gravcycle does have a sprint function of sorts. You have a boost ability that lets you fly forward, dodge enemy fire, or escape the fight if you’re hurt. You can use it by pressing the A button on Xbox One, the X button on PlayStation 4, or the Space bar on PC.

You can only boost once before it needs a cooldown period though, so ensure you use it in the right way. You could fling yourself into danger or, more dramatically, be killed if you aren’t aware of your surroundings.