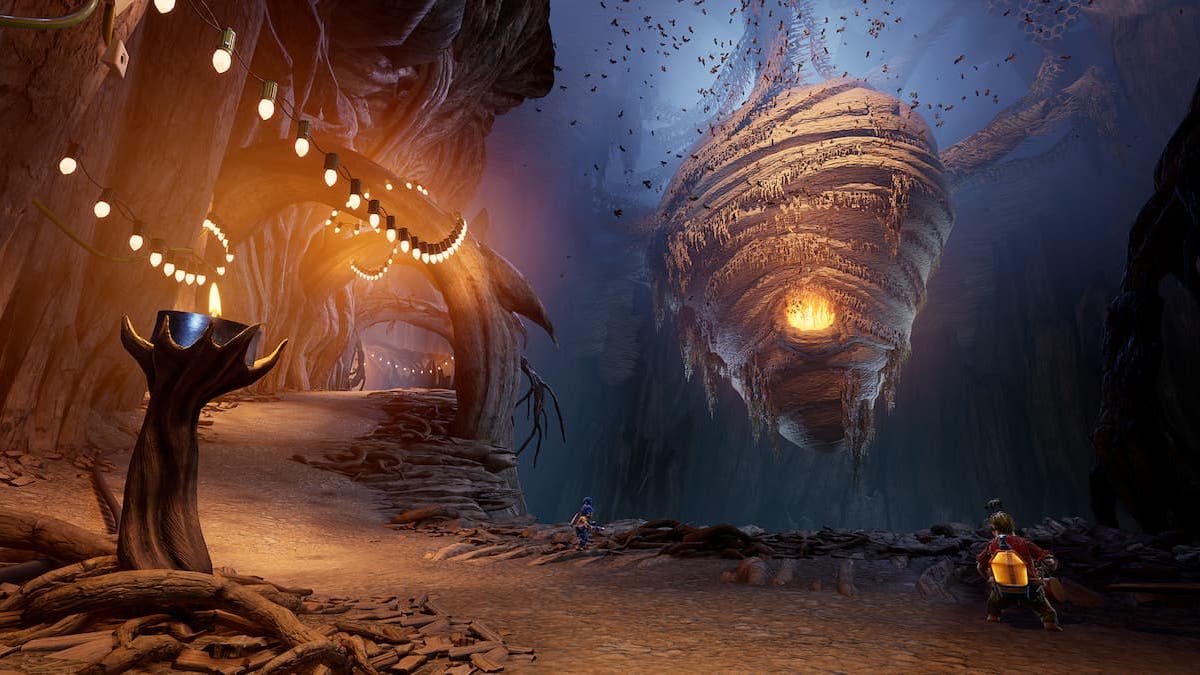 There are 25 hidden competitive minigames in It Takes Two, two of them in The Tree. They will all be marked with a hovering tambourine, and finding all 25 will get you the Minigame Megalomania achievement or trophy. You can then access all of these minigames at any time from the menu — the following is in order of how the games are listed in the menu, slightly different from the order in which you find the games. Look for these minigames in the sections titled Captured and Deeply Rooted — they have one minigame each.

Immediately after a wall-jumping bit in the Captured section, look to your left before progressing. There is a rope mechanism and a hole in the middle; May and Cody will go on both sides and have a tug of war. Simply tap the button prompt rapidly to try to win.

It would be hard to miss Plunger Dunger in the Deeply Rooted segment; before the elevator sequence that leads you to the Giant Beetle fight, there is an area with massive roots and rails to grind on. In between the roots are two pungler turrets on opposite ends facing each other. Man the turrets, and targets on rails will approach both characters. Shoot them to turn the targets around, and you score points when targets reach your opponent without getting shot at.