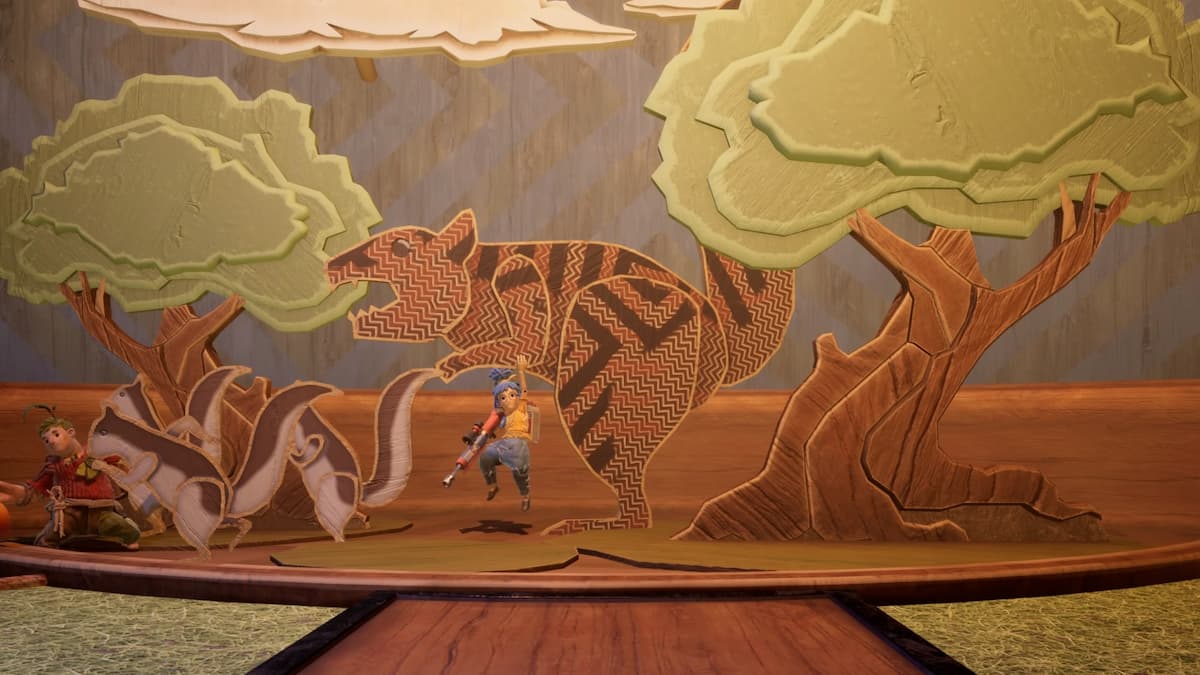 The fierce war between squirrels and wasps can take a toll while playing It Takes Two, but there’s a nice moment of respite in The Tree chapter section called Deeply Rooted. On your way to the wasp nest, you’ll run into a camera with a couple of backdrops — it wouldn’t be an interactive experience if you couldn’t use this camera for a bit of fun, and that’s the premise of the Struck A Pose achievement and trophy. The achievement description reads: “Self-inflicted paparazzi.” Make sure you don’t skip this photo op.

There will be a sequence in Deeply Rooted that involves puzzling, platforming, and fighting a miniboss known as the Mortar Wasp. After defeating this boss, carry forward through a tunnel, and you’ll find a nice little spot with a giant Polaroid camera and a few pictures scattered around. You’ll notice that the backdrops in front of the camera have cutout holes, and you can approach them to pose behind them like in a theme park.

Either Cody or May can take control of the camera to snap pictures of their partner. Or, you can also hit the button on the top right of the camera and set a timer — after doing so, run back to the backdrops to take a pose. You can also ground pound either of the arrow buttons to switch between the two backdrops. You can also pick up the the Polaroids you take and throw them on the cork board to the right to display them.

Why are these backdrops here? What do the wasps or squirrels do with May’s camera? It’s one of many mysteries in the fantastical yet grounded world of It Takes Two. Regardless of the reason, you should get the achievement during your impromptu photo shoot.