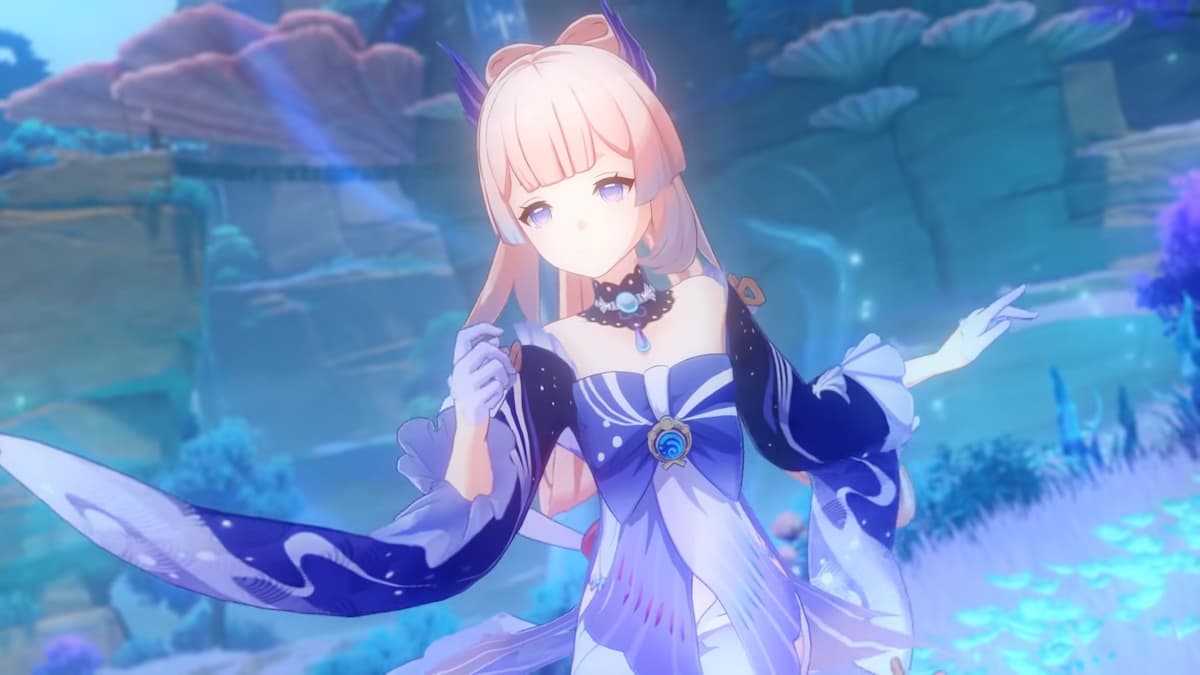 Kokomi is a 5 Star Catalyst user in Genshin Impact. She is a Hydro character, using her abilities to damage enemies and heal her squad. Much like Barbara, she gets healing boosts based on her Max HP, so it would appear that she has been designed as a direct upgrade for that character.

Summons “bake-kurage” created from water that can heal her allies. Using this skill will apply the Wet status to Kokomi. The Bake-Kurage can heal nearby characters while dealing damage to opponents. The healing is based on Kokomi’s Max HP. Kokomi needs timely “refreshment” in order to maintain optimal efficiency.

The might of Watatsumi descends, dealing Hydro damage to surrounding opponents, before robing Kokomi in a ceremonial garment made from the flowing waters of Sangonomiya.

The Ceremonial Garment has the following effect:

Kokomi is interesting as she has four different passive abilities:

We know that you need Teachings, Guides, and Philosophies of Transcience to level up Kokomi’s talents, in conjunction with Spectral Husk, Heart, and Nucleus. Hellfire Butterfly.