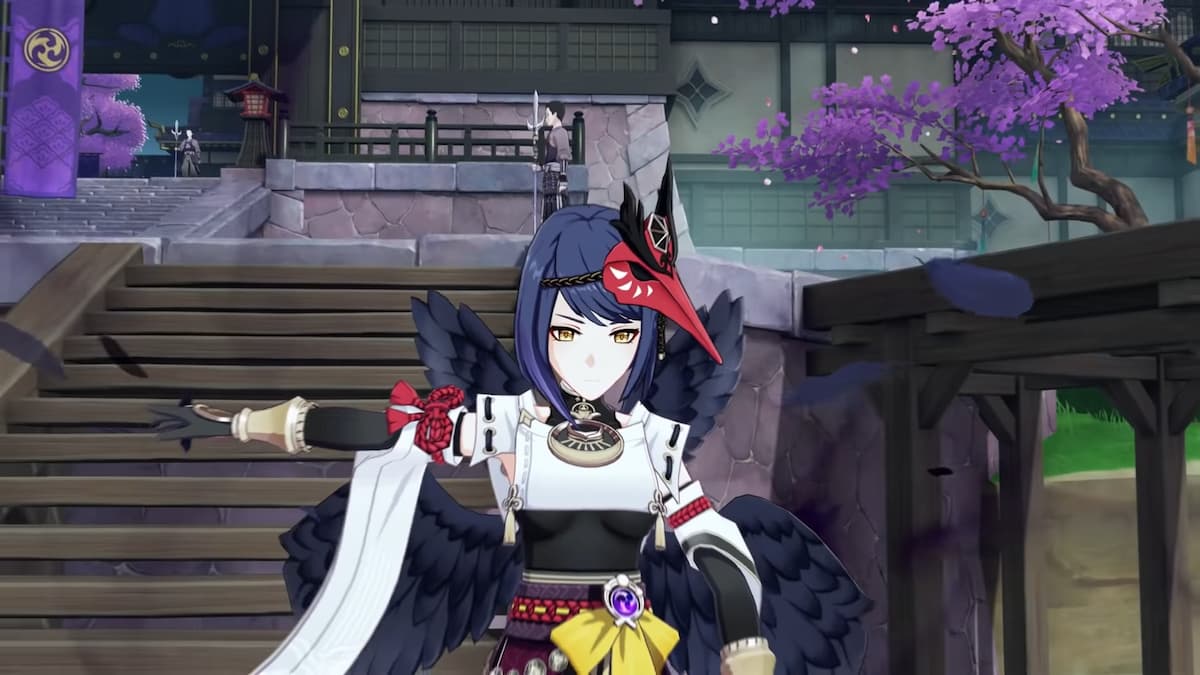 Genshin Impact 2.1 will introduce Kujou Sara, a follower of Baal and an eager participant in the Vision Hunt Decree. Ball will be available from Wishes in Genshin Impact from September 1, 2021.

Sara is a bow user with an Electro vision. She is also a four-star, so should be sharing her Banner with another character.

Crowfeathers will trigger Tengu Juurai: Ambush after a short time, dealing Electro damage and granting the character an attack bonus based on Kujou Sara’s base attack stats.

We know that you need Teachings, Guides, and Philosophies of Elegance to level up Sara’s talents, in conjunction with Damaged, Stained, and Ominous Masks. We do not know the volume per level at this time.