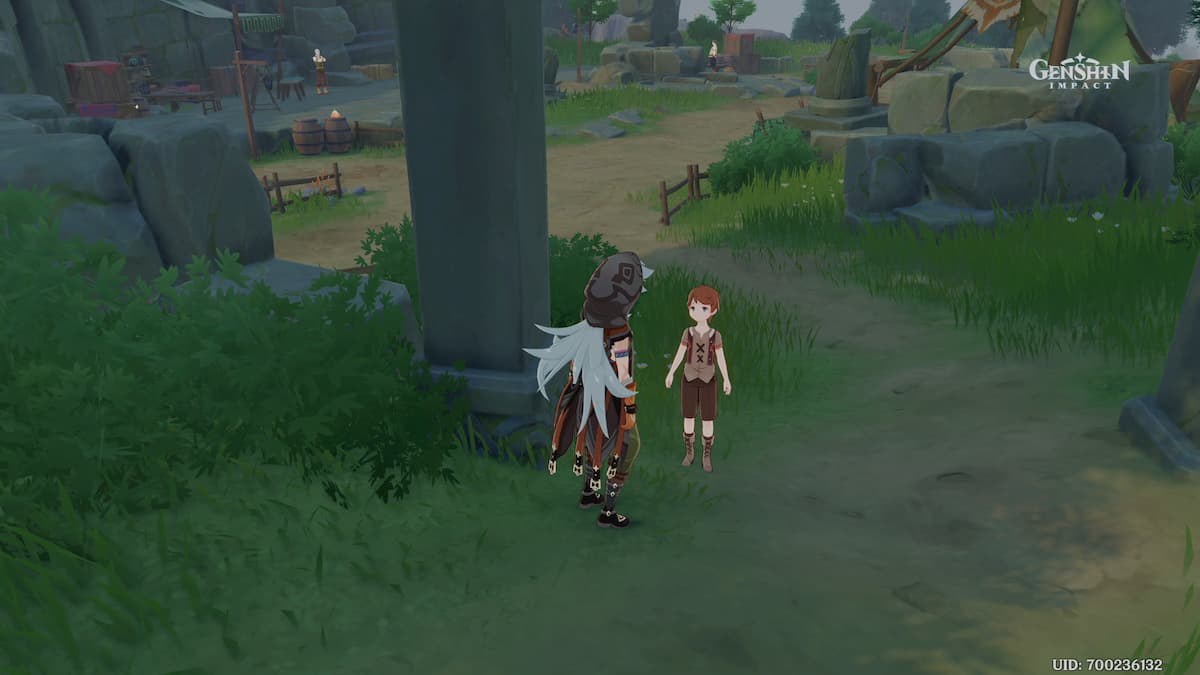 During the Lost in the Snow quest in Genshin Impact, you will need to help a kid called Joel find out what happened to his Dad. His father went exploring in the Dragonspine region and has not been seen since.

To start the mission, just interact with Joel at the camp near the start of the Dragonspine area. You will need to head towards the Statue of the Seven in the Dragonspine region. You can spawn in directly at the Statue, if you have unlocked it, then drop down the cliff to the ground below. In a small cave there you will find the first camp. If you haven’t unlocked the Statue of the Seven yet, we would suggest doing so as it offers an easy fast travel point for the last part of this quest.

Kill any enemies and then search the camp to find a handwritten where Joel’s Dad describes his next destination. This will be at the far side of the mountain, so take the path all the way around, making sure to stop at fires to keep the Sheer Cold from building up too much.

This next camp can be dangerous, as a powerful Hilichurl can spawn here. Take him out if you need to, the search the camp, making sure to light the brazier with a Pyro ability to stop the Sheer Cold effect. You will find another note that will give you yet another waypoint.

This time, you need to once again make your way to the Statue of the Seven and head up the path away from it marked by the waypoint. You will come to a breakable stone wall which you can smash with physical attacks. Inside the third and final camp, and a note that reveals the fate of Joel’s Dad.

Return to the kid and tell him what you found, but he won’t believe that his Dad couldn’t make it back safely.