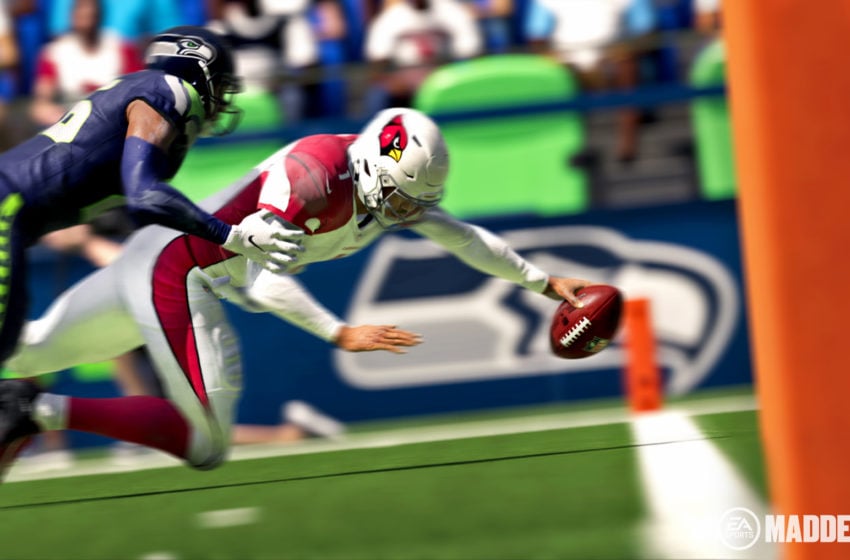 Week 1 of the 2020 NFL season is officially in the books, which means that the first batch of Team of the Week (TOTW) cards are now out in Madden 21. The first group includes a slew of early standout performers, but which cards should you target in Madden Ultimate Team? Let’s go over our recommended Week 1 TOTW cards in MUT.

But before we get into that, let’s go over the top TOTW card from Week 1. This week’s featured Team of the Week card is Packers WR Davonte Adams. The MUT Player of the Week for Week 1, Adams (89 OVR), had a strong game on Sunday against the Vikings, bringing in two touchdowns while racking up 156 receiving yards. To acquire Adams, players will need to plug in six other Week 1 TOTW cards into the Player of the Week set. Those cards are as followed:

A good tip when doing these sets is to wait a couple of hours after its release to complete it, should you be compelled to do so. The reason is, generally speaking, TOTW cards are harder to find when the promo initially drops. This leads to higher than normal prices.

As far as Adams’ player item goes, the card has some impressive stats. And at this early stage of the game, finding a 6’1” wide receiver with great Speed (86) and Acceleration (89) is rare. However, it might be best to be judicious with your coins, and either wait for the price on Adams to go down, or not do this set. While the Packers wide out will undoubtedly boost anyone’s team, better wide receivers will be released in the near future. Because of that, it might be best to wait on grabbing Adams, especially if you are someone who doesn’t spend real cash on Madden.

Now that we’ve gone over the main Player of the Week, let’s go over some cards that we think are worth going after in Madden 21:

Wilson’s Week 1 TOTW card has some punch to it. With pretty good accuracy (84 SAC, 83 MAC, 86 DAC) and throwing power (83), the Seahawks QB should not have problem airing it out to wide receivers. But while Wilson can do damage in the air, he can be just as deadly on the ground. Armed with 77 Speed and 83 Agility, Russell Wilson should be able to weasel his way out of pressure and take-off and run with the pigskin if there is open space. With those solid attributes, the 86 OVR quarterback can be a nightmare for opposing defenses and a cheaper option for those who don’t want to pay for his Core Elite item. Oh, and it also helps that when fully powered up, Wilson improves to an 89 OVR player.

CB Stephon Gilmore already had the best base MUT card among cornerbacks. After just one week, the Patriots standout has already received a new item, and while this new one’s base stats are not as high as his actual Core Elite card, it’s still an appealing option. Gilmore’s TOTW card still retains its balanced Man Coverage (85) and Zone Coverage (84) attributes, as well as solid speed (84). And when fully powered up, the Patriots CB’s TOTW item improves to 90 OVR.

Vikings WR Adam Thielen wreaked havoc against the Packers on Sunday, earning him a spot on this week’s Team of the Week. Much like Russel Wilson and Stephon Gilmore, the overall of Thielen’s TOTW card (82) is lower than his Core Elite (83) card. However, when powered up, Thielen’s card can rise to an 85 OVR item. But let’s focus on his 82 OVR item for now. Thielen’s card has decent Speed, but it’s nothing spectacular. The main reason to grab the Vikings wide out is that he is a well-balanced receiver. Thielen possesses solid catching (82 CTH, 83 SPC) and route running (80 SRR, 77 MRR) attributes, as well as decent running attributes (84 ACC, 83 AGI). Thielen isn’t a burner, but he is reliable.