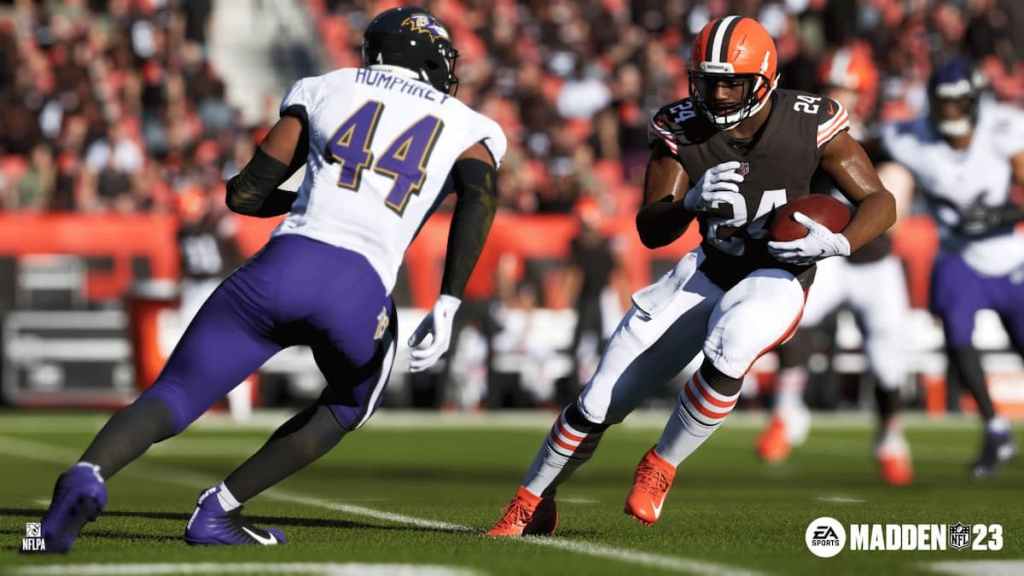 Madden 23 rolls on with the AKA promo, as EA Sports released two new Champions into Madden Ultimate Team on September 26. Former Ravens linebacker Terrell Suggs (T-Sizzle), and former Chiefs full back Christian Okoye (Nigerian Nightmare) are the two new Champions, and both have 91 OVR cards that can be obtained through sets. So, what do you need to get these sets done? Let’s take a look.

How to complete AKA Okoye and Suggs Sets

First, let’s take a look at the stats for each, starting with Christian Okoye:

And for Terrell Suggs:

In order to complete either of the two, you’ll need to obtain five 88 OVR AKA players and enter those cards into those sets. Plus, you will also need an 88 OVR AKA version of the player you are attempting to obtain. The cost, as of this writing, is about 800,000 Coins. Upon doing that, you’ll get either Okoye or Suggs, depending on which player you choose to complete, and a 88 OVR BND version of said player.

88 OVR cards can be obtained in a variety of different ways. You can pick them up from packs, the Auction House, or by doing other sets.