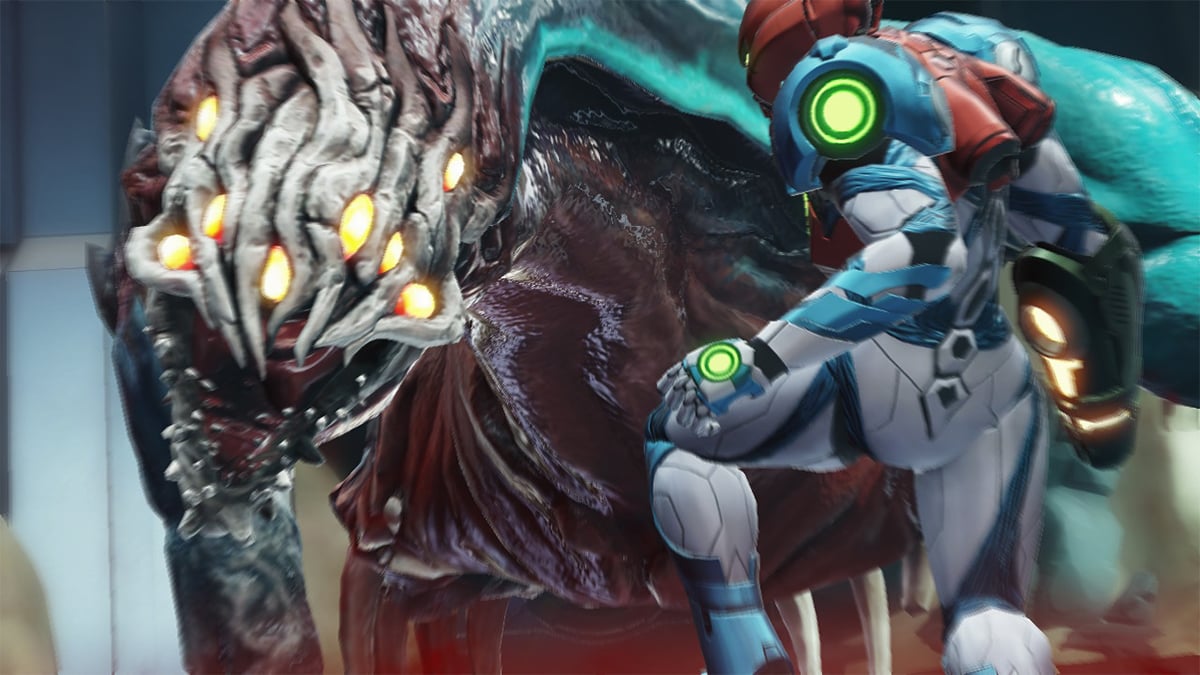 Metroid Dread has a good number of bosses to defeat, and while you’ll need to know how to kill the EMMI robots, they’re not the only fearsome foes you’ll face. Corpius, a long-tailed scorpion-like boss, skitters around in Artaria. Here’s how to topple it.

For the first phase, Corpius has three attacks you need to know. The first is a small poison cloud that gets spat at you in an arc. It’s easy enough to avoid, but it lingers on the ground for a moment before dissipating, so take care not to step back into it. Second, Corpius will whip its tail in a horizontal swipe. You’ll know it’s coming when the tail twists behind Corpius’ back — avoid it by jumping straight up into the air. Finally, Corpius will rear back before stabbing its tail into the ground in an arc. You can either create a considerable distance between yourself and the boss or get right up close and take the opportunity to blast its armored face. Missiles and Charge Beam shots are the only way to hurt it in this phase.

For phase two, Corpius will turn invisible. It uses the same tail attacks, so you’ll need to watch the single glowing part of the tail to figure out which of the two is coming your way. Shoot that same glowing spot with any of your weapons to deal more damage.

During phase three, Corpius will shift in and out of invisibility. Use the appropriate weapon tactics for either the visible skull or glowing tail sac to keep dealing damage. There’s a new attack to look out for, too: Corpius will spray poison along the ground, and the cloud will last for a few seconds. If you’re cornered, grab onto one of the Spider Magnet portions of the wall to stay above the cloud. Just be aware that Corpius may swat you down with its tail if you hang up there too long. Finally, if you find yourself behind the boss – this phase starts you there – slide under its rib cage to get back in front. You’ll get a chance for a sweet melee counter when you do.

Once defeated, Corpius will crumple to the ground. Samus will then harvest the sac from its tail for her own purposes, netting you the Phantom Cloak ability.