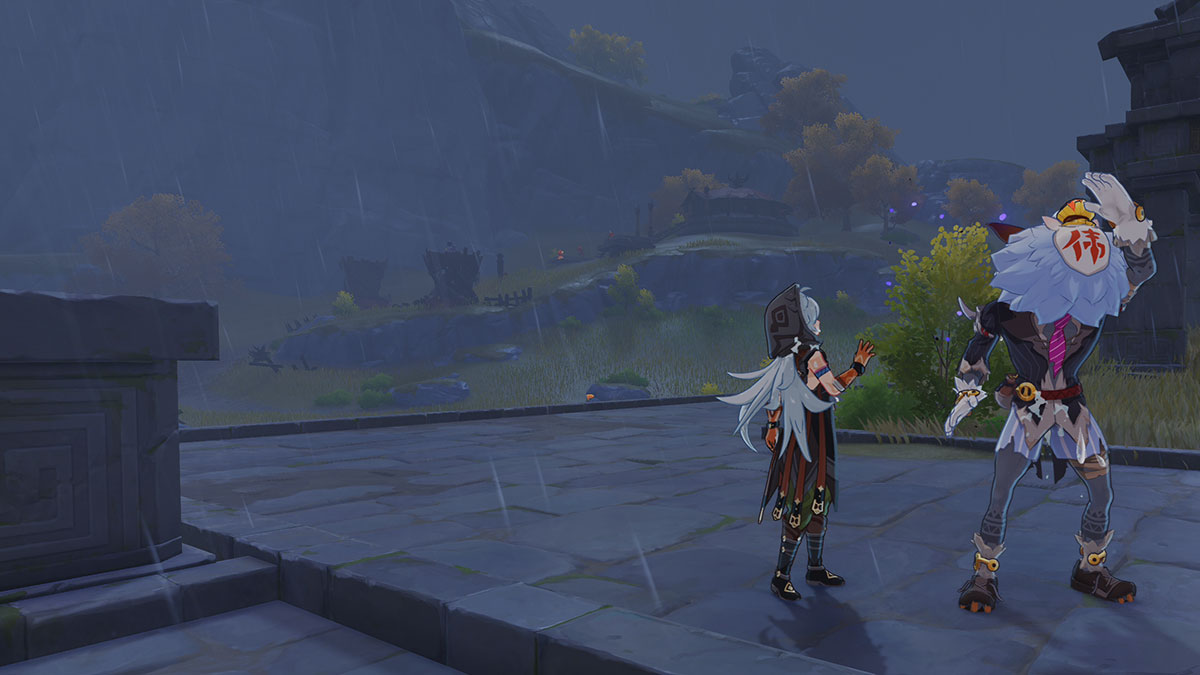 It’s Day 5 of the Mimi Tomo event, which means yet another Unusual Hilichurl location, and more nice rewards for players to get. This time, players will need to begin by making their way to the Dawn Winery, where the first Hilichurl can be found under a tree near the edge of a cliff to the northwest of the Statue of the Seven.

Speaking with him will reveal he has a Hilichurl Justice mission, and wants help dealing with some bullies. Follow the waypoint and take out the two waves of Treasure Hoarders, then return to the Hilichurl to get the location his talkative friend.

After that, players will need to head to a grassy/watery plains to the east of Mt Aozang where they will find the next Hilichurl. Speaking with him will get you a mutual exchange mission.

He will give you a phrase “Kucha Gusha”, and will want something in return. Kucha Gusha means “Seed”, so giving him any kind of seed will do the trick. We gave him Dandelion Seeds which you can get just outside the main gate of Mondstadt.

After that, he will give you the location of the Unusual Hilichurl, who can be found near the Tanqiu Valley, at the exact spot shown on the map above. He will also give you a phrase “Mosi Abi Nunu”, which means between sunset and late at night, letting you know when the Unusual Hilichurl will be there.

If you travel to the spot shown above between 6 PM and midnight, you will find the Unusual Hilichurl and can beat him up and get your reward from the event page.