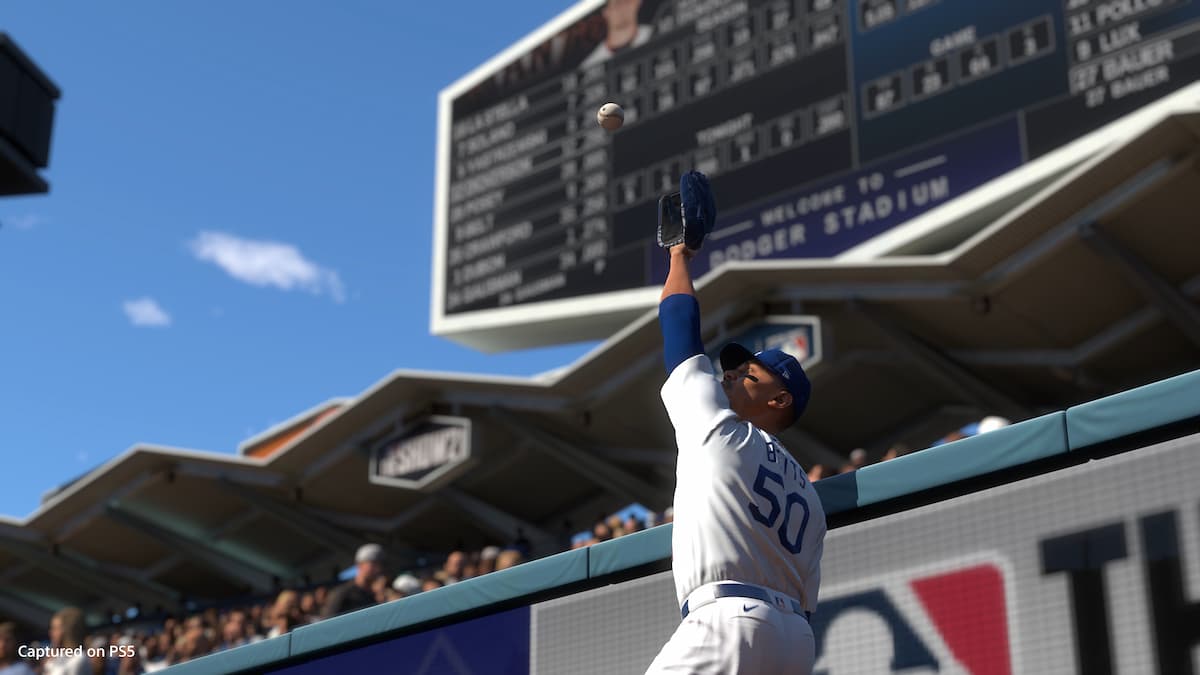 While a good offense can get you a big lead in baseball, having a strong defense is just as, if not more, important. A strong defense and a knack for fielding can help save runs, plus expedite the process of getting players out on the diamond. If you’re new to MLB The Show 21, you might be struggling with how to field in this game. Luckily, we have you covered, so let’s go over what you need to know about fielding in MLB The Show 21.

In MLB The Show 21, you’ll want to get familiar with two parts of the controller, regardless of console: the buttons and the left stick. To move the fielding around, move the left stick on either the Xbox or PlayStation controller. To throw to any of the bases (1st base, 2nd base, 3rd base, Home Plate), hit one of the four buttons on the controller, but not just any of them. You’ll want to hit the button that corresponds with the particular bases. Let’s go over the buttons for each base:

This button layout may appear foreign at first, but over time, it will be easy to get accustomed to. If you are struggling at the onset, picture this: imagine a baseball diamond. Then, imagine the buttons of the controller as a baseball diamond. This can help put that mental image in your brain, and get you more used to the layout.

A note about throwing in the infield

To throw a ball as an infielder, you’ll notice a bar that pops up above a player when a throw is attempted. This meter is an accuracy meter, and you’ll want to press and hold the particular button until the line hits the green portion of it. If the line stops within the green portion of the meter, the throw should be on-line and accurate. But if you take the thumb off too early or late, the line will fall in the orange portion of the meter, and the throw has a higher chance of being an error.

What about potential steal attempts?

In baseball, runners on base have an opportunity to steal a base. Throwing out base runners is a bit different, and we have a more detailed guide on that, should you have any trouble with that particular mechanic.

Let’s talk about fly balls for a quick second. Fly balls, as well as pop ups and line drives, need to played a bit differently as compared to ground balls. With ground balls, all that really needs to be done is to move the infielder with the left stick until reaching the baseball. With fly balls, the goal is to line up the body with where the ball is projected to land, and then stay there in order to make the catch.

You’ll know where the ball is projected to land based upon the graphic that will pop up in the field. This graphic will either be a baseball that pops up, or a colored block, should you have changed the look of it already. For those who may be unaware, you can change how the fly ball graphic appears in the Settings.

Should you use Drifting Ball or Track Ball?

Let’s get back to graphics for a second. As far as fielding interfaces go, there are two distinct ones: Drifting Ball and Track Ball. Drifting Ball is the baseball graphic, and this particular interface moves around based on where the ball will actually drop.

Track Ball, on the other hand, displays a trail based upon a stretched out catch region. The region size is based on the fielder’s attributes.

Track Ball is used pretty widely, thanks to its ability to display a round-about region of where the ball will go. This interface, though, does require a bit more precision, as you will need to follow the path of the ball a bit more closely in order to catch it. If that’s not your thing, or you want to know exactly where the ball will go, try the Drifting Ball. Keep in mind, though, that this interface can be jittery at times, and will move around based upon the changing projection of the ball.

And what about robbing home runs?

Some tips to keep in mind

Here are a few tips that we’d also like to hit on:

In the basics portion of this guide, we told you that you can throw to each base with the buttons on the controller. However, there are two other Throwing Interface options: Buttons and Pure Analog. Buttons are a less precise version of throwing, whereas Pure Analog relies on the player moving the right stick based upon where the ball is being thrown. Our advise for the Interface is this: stick to Button Accuracy. It’s simple and easy to use, and it will save you a lot of headaches in the field. (FYI: The Throwing Interface can be changed in the Fielding portion of the Gameplay settings)

If you do plan on using the Drifting Ball interface, you might come across instances where the ball graphic is engulfed with red. This indicates a high-risk play. You could either sprint directly toward the ball and try to make a risky catch, or play it cautiously go around it in order to avoid the ball going past the defender. Our advice is to go with the latter in most cases. The only instance we recommend running right towards the high-risk ball is if it’s directly in front of you. Otherwise, gently move the left stick to either the northwest or northeast, in order to cut off the ball and prevent it from getting to the warning track.

Lastly, let’s quickly go over some controls you should know: