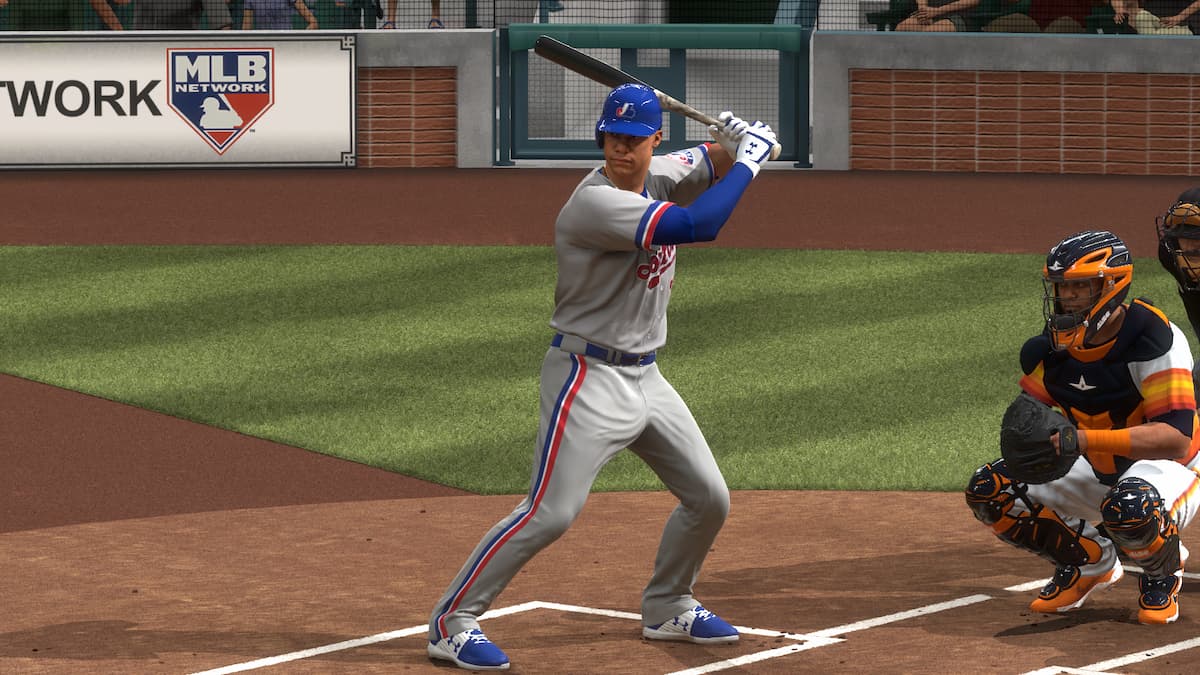 Arguably the most enjoyable part of playing baseball is hitting. Sure, striking out someone is fun, but let’s be honest, who doesn’t love a bomb that goes over the fence and into the seats. MLB The Show 21 allows players to take center stage at the plate, and try their hands against some of the game’s top pitchers in virtual action.

However, hitting in MLB The Show could be tricky, particularly if you’re new to the title. If you need some help getting started in MLB The Show, we’ve got you covered. Let’s go over our beginner’s guide to hitting, starting with the types of hitting, plus controls and tips that you should know for 2021.

In MLB The Show, there are two main ways of hitting: directional and zone. With directional, the computer does a lot of the heavy lifting for you. The only thing you really need to do is time the input based upon when the ball hits the plate.

To use directional hitting, push the left stick in any direction, and then press one of the buttons, depending on what kind of swing you want to use:

Zone hitting is a little bit different. Directional hitting automatically lines up the ball for you, but it’s not as precise. Zone, on the other hand, allows the user to move the zone up or down the zone. The closer the zone is moved towards the ball, the more efficient the swing will be.

The zone can be moved with the left stick. Players can use the same controls inputs as directional hitting for normal, contact, and power swings.

Alternatively, players can also use a pure analog layout using the right stick. The controls for that are as follows:

Bunting, on the other hand, requires a different set of inputs and outputs. We have a more detailed guide about that, should you need any details on bunting the ball.

Here are some other controls that you may want to know about regarding hitting:

Should you use directional or zone hitting?

This is a big question for newcomers. If you’re new to The Show and open to experimenting, zone should be your choice. Zone offers a higher rate of precision when swinging the bat, allowing the hitter to square the ball up better. Directional, on the other hand, does not.

Directional may not be a bad option if you’re new and looking to get comfortable with hitting. However, we strongly recommend switching to zone at some point. This can improve your game in a big way.

If you do choose to use zone hitting, you’ll probably encounter three little dots in the zone. This is the Plate Coverage Indicator (PCI), and adds a tad bit more precision onto the game. When shifting the zone up or down, the PCI will follow. If the zone and PCI are flush on the ball, you should receive an added boost to the batted ball, and increasing your chances of getting a hit.

You could turn the PCI on or off at any time, but this is another layer of hitting that you need to be aware of.

In MLB The Show 21, you’re going to want to be mindful of a few things. Here are a few tips that you should know:

Our first piece of advice is this: be patient. At some point in MLB The Show 21, you’re going to face an opponent, should you try your hand at online play, that’s going to dance around the zone. One pitch after another will be out of the zone, as the opposition tries to get you to chase.

Regardless of what type of individual you play, stay patient at the plate. It’s usually best to take a pitch or two while up, as that can force the opposing pitcher to possibly make a bad pitch in order to even up or get ahead on the count.

While up at the plate, make sure to watch the path of the ball. The path of each pitch will depend on the type of the pitch, plus where the ball is being placed by the opposing pitcher.

Recognizing what pitch will take time, but having an idea of what each pitch looks like will help. Here’s a breakdown of what you look for on some common pitches that are using in The Show:

It will take time to recognize these pitches, particularly if you’re new to baseball, but having an idea of what each pitch looks like helps. If you’re having problems seeing the ball, you also might want to change the camera angle to give yourself a better view.

Related: How to improve swing timing in MLB The Show 21

Pay attention to the opposition

Besides paying attention to the pitch’s path, you will also want to pay attention to “hot spots.” Some players will prefer to pick a part of the zone and continuously throw pitches in that particular spot. Watch these potential trends, plus what the opponent likes to do on a particular count. This could give you a clear advantage in the second or third time around the order.