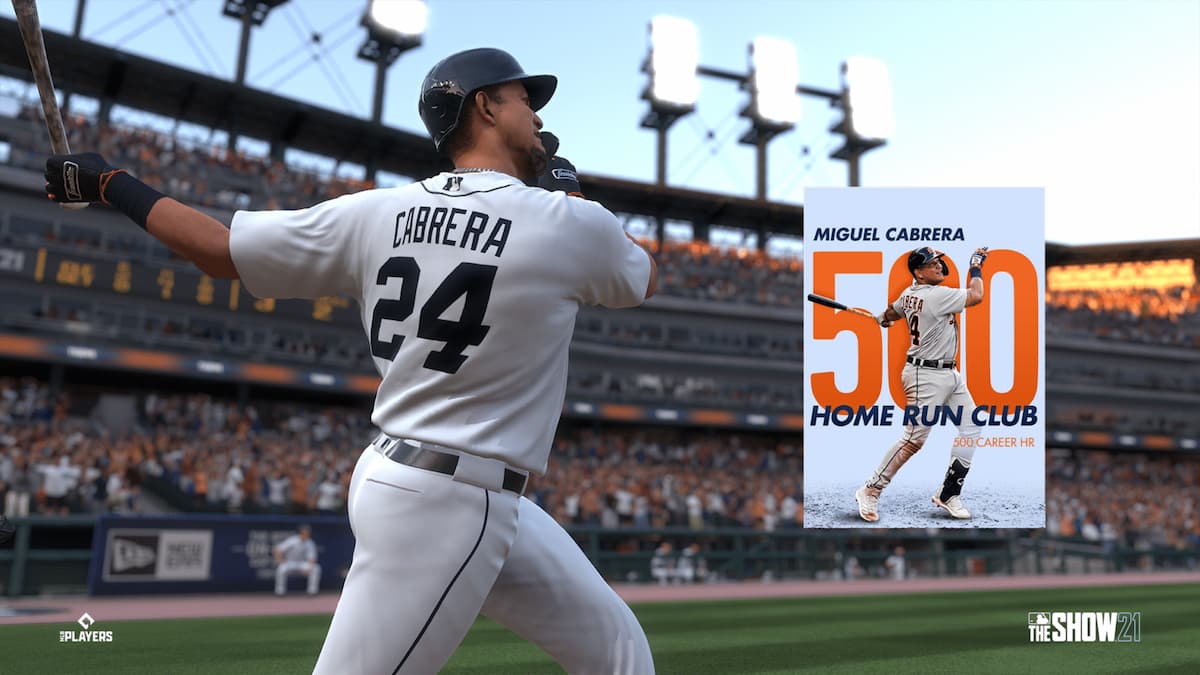 Out of all the players who have suited up in the Majors over the past 20 years, Miguel Cabrera stands among them as one of the best. The Tigers infielder accomplished what very few has throughout his career: a World Series championship, a two-time MVP, a Triple Crown, and now, 500 career home runs. “Miggy” hit his 500th career home run on August 22 in Toronto, and in commemoration of his historic dinger, SDS has released a new Milestone card in MLB The Show 21.

MLB The Show players can obtain a 99 OVR card of Cabrera, and some XP as well, through a new Player Program. But this program will be different, and let’s go over why.

To complete the Miguel Cabrera player program, you will need 65 Points. These points can be acquired by completing missions and moments. This program is not considered an Evolution one, but you can essentially consider it as such. There are three stages to this program, and in order to get past each stage, you will need to progress with points.

The three stages and their rewards are as follows:

Additionally, we should mention that if you manage to complete this program prior to August 27, you can earn 35,000 XP towards the 5th Inning Program. Go to the Collections in the 5th Inning Program screen, and find the Milestone Cabrera one. Insert the card, and you will get the XP and 1000 Stubs.