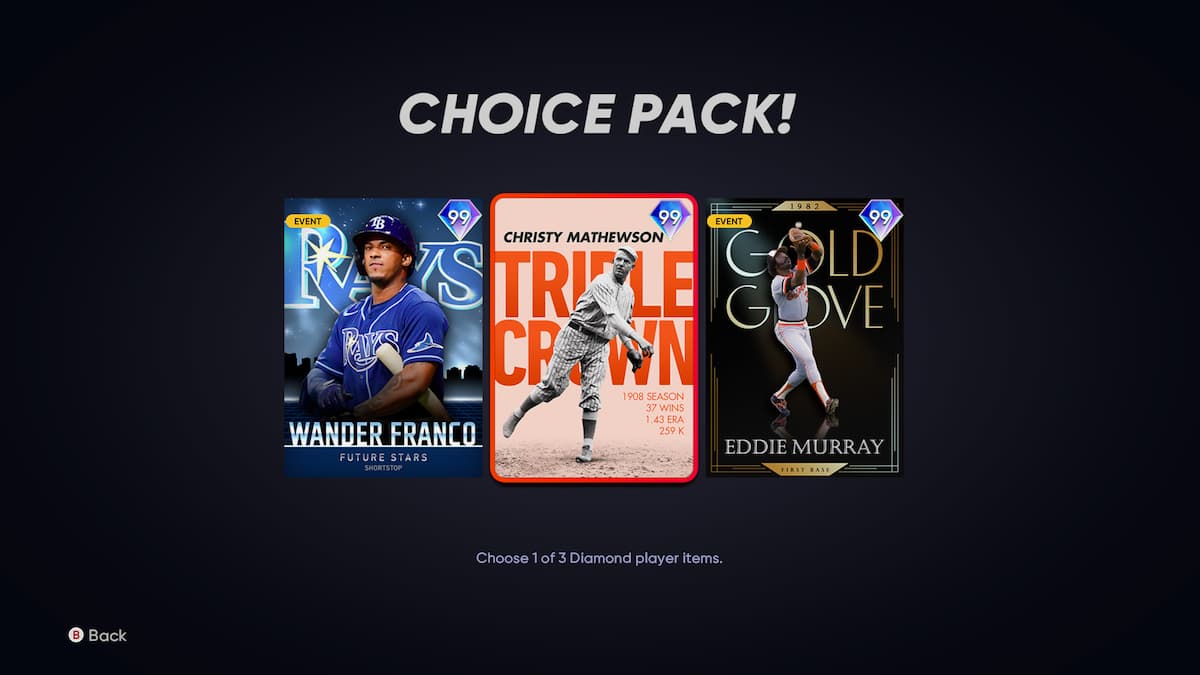 The 4th Inning Program opened up in MLB The Show 21 on July 1. Three new bosses are in the game, and MLB The Show players can get one for free once hitting Level 25 in the program. So, which one should you pick: Wander Franco, Christy Mathewson, and Eddie Murray? Let’s take a look at the three cards, plus our recommendations.

A look at the 4th Inning Bosses

Before we get into our opinions, let’s look at the attributes for the three bosses, starting with Wander Franco:

This is the toughest call so far, and that’s for a few reasons. For one, all three cards are 99 OVR, meaning that each one could be a potential “end-game” card. Second, all three have very solid attributes.

Let’s try to break each one down, starting with Franco. The Rays infielder has fantastic contact attributes, to go along with solid power and Diamond fielding. Additionally, Franco can play three different positions: SS, 2B, and 3B.

Mathewson has fantastic attributes, and if you parallel this card to the V tier, this 99 OVR card has max Stamina, plus K/9 and BB/9 of over 100. Mathewson also has a nice five-pitch mix, headlined by a screwball, a mid-90’s fastball, and a curveball.

Lastly, Eddie Murray has amazing hitting attributes, to go along with Diamond fielding at first. And, much like Franco, Murray is also a switch hitter.

All three have a lot to like, and it’s hard to go wrong with any of them. However, we lean towards Franco for a few reasons. One, Franco is a very well-rounded play, as this Future Stars card has great hitting and fielding stats. Additionally, Franco’s speed and versatility in the field certainly helps out as well.

And as for Murray, his card is really good. But, with 96 OVR Jim Thome floating around, it’s hard to go too crazy for this 99 OVR item, especially since Thome’s contact and power attributes are nearly maxed out when paralled to the V tier.

We’ll go with Franco, but to be honest, all three cards aren’t bad in general. But in our minds, it’s hard to go wrong with taking a star in the making.