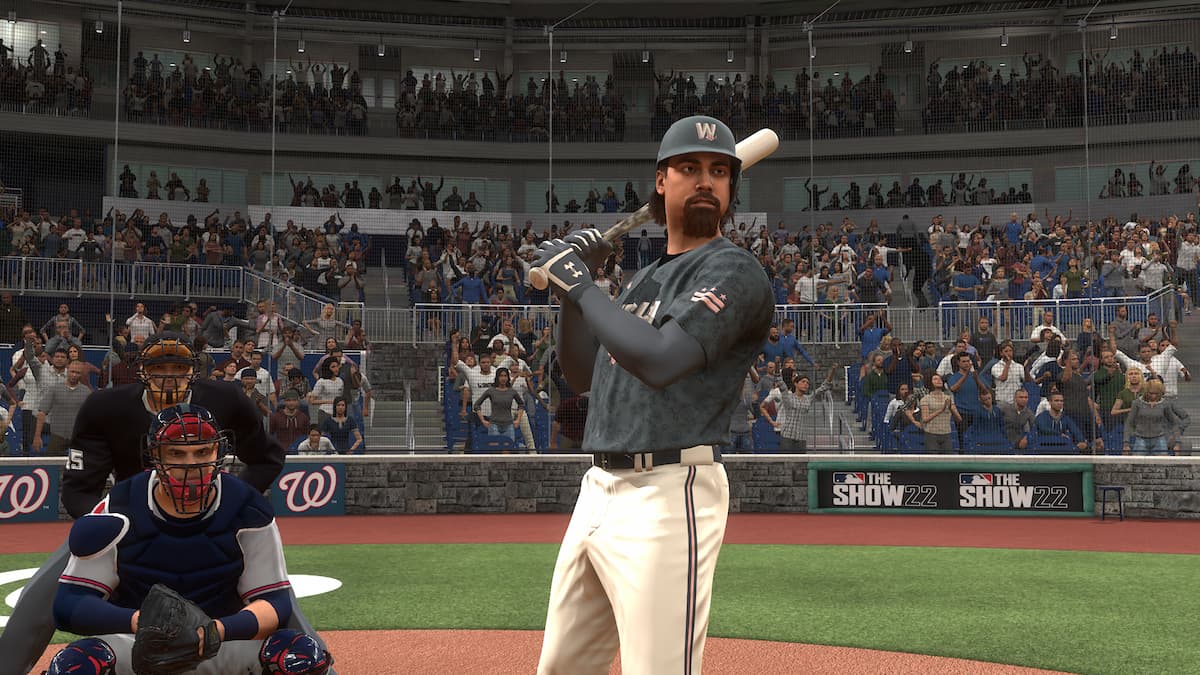 In MLB The Show 22’s Diamond Dynasty, not every card is created equal. Even if two cards have the same OVR, that doesn’t mean that both are comparable. One could be an offensive machine, while another could be a well-rounded item. It can be tough to find the right cards, but we can help with that. Now that MLB The Show 22 has been out for some time, we have had time to evaluate Diamond Dynasty cards, and the meta game as a whole.

So, which cards should you target? Let’s take a look at our list of the best cards in Diamond Dynasty.

Here’s a look at our picks for the best catchers in MLB The Show 22:

We start off with the catcher list, which has changed since our initial update in April. 96 OVR Joe Mauer, the prize for obtaining all Cover players that were released as part of the pre-order bonuses, is still at the top. And, what makes this a bit better is thanks to the release of new Cover Athlete packs in programs, this card is easier to obtain.

However, new additions via the Future of the Franchise program are visible, to say the least. Three new names, Korey Lee, Shea Langeliers, and Joey Bart, all make this list thanks to their well-balanced attribute layouts. Switch-hitting catcher Jorge Posada, powered by great splits against lefties, stays in our top six.

Now for the best first basemen:

A number of new additions have made it here, but the top has not changed at all. “The Big Hurt” Frank Thomas’ 99 OVR card is a menacing force at the plate, and since it is the lone 99 OVR at this position, it remains at the top. This card is the American League collection reward, and since we’re already a month into MLB The Show 22, expect to see it more often.

New to this list are the two Future Stars, Topps Now David Ortiz, and POTM Pete Alonso. Future Stars Michael Toglia beats out the rest of the new additions, thanks to position flexibility, better plate discipline, elite power, and the ability to hit from both sides of the dish. Don’t, however, sleep on Pete Alonso. The “Polar Bear” has great splits against lefties, not to mention that Alonso crushes fastballs, thanks to the Dead Eye quirk.

Related: MLB The Show 22: The 10 tips you need to know for Diamond Dynasty

For the second basemen:

Much like with the top of the first basemen list, not much as changed here from April. Chase Utley is back for MLB The Show 22, and this card is a force. Utley will play reasonable good defense, but the draw here is his left-handed bat. Outside of Utley’s card, there are a few other strong options.

Future Stars Justin Foscue is the only boss from the Future of the Franchise to have a primary second base card. While this card has less-than-ideal defensive stats, it does have tremendous power. Other options include Joe Morgan, Ryne Sandberg, and the new Jose Altuve card. If you don’t have Utley or one of these cards, you might be better off using one of the shortstops from the Future of the Franchise program that has second as a secondary position, or another bat that does, as well.

For the third basemen:

The third baseman market has gotten a whole lot more deeper over the past few weeks. The latest featured program added a strong 95 OVR Future Stars card for Mets prospect Brett Baty, but he’s not the only new player here. Rafael Devers, who might have had one of the best Faces of the Franchise cards earlier this year, now has a 95 OVR Lightning card that has all the quirks that his Live Series does, plus some juicy hitting attributes.

Devers will be a dominant card in MLB The Show, but the top slot goes to 99 OVR George Brett, available by completing the first major collection of the year. The Hall of Fame third baseman has gaudy hitting attributes, and will have fully maxed out Contact, should you get this card to Parallel V. Brett’s Retro Finest is an end-game card, to say the least.

Michael Young is a terrific contact hitter, but is very expensive, as this card is the AL West reward. Young still remains at the top for now, but there are plenty of options outside of the Rangers legend.

The Future of the Franchise program brought six new 95 OVR shortstops into the game, with three making this list. Bryson Stott is a contact machine, while Oswald Peraza has a well-balanced attribute layout. Also new to this list is 95 OVR Brandon Crawford. This card doesn’t have good Speed (35), but it does have 99 Fielding, 97 Reaction, and a 92 Arm.

For the left fielders:

The outfield options have gotten better, but the big names still remain at the top. Awards Albert Pujols will cost around 150,000 Stubs, but it might be have some of the best offensive stats in the game right now outside of Frank Thomas. Kirk Gibson, on the other hand, is a well-rounded, five tool player.

Yelich, Justice, and Pederson all remain on this list, although Pederson really should be reserved as a bench bat for right-handed pitchers. Jim Rice does make this list, and while the Baseball Hall of Famer doesn’t have the best mobility in left, this card should hit well against lefties and play reasonably solid defense.

For the center fielders:

Much like at short, there are now plenty of options at center field. Garrett Mitchell, Austin Martin, and Yoelqui Cespedes are among the new names here, with Mitchell and Martin being the clear one and two. Mitchell has fantastic speed and defensive attributes, to go along with actually very good hitting. Martin, on the other hand, projects to be a hitting machine.

Ketel Marte remains expensive and on this list, although the Diamondback does profile a lot better at second base. Mike Trout is also here, but thanks to some real-life struggles at the plate, this card has been downgraded.

Related: The 5 tips you need to know to on how to get Stubs in MLB The Show 22

Lastly for the position players, the right fielders:

Roberto Clemente remains at the top, but a number of new additions to Diamond Dynasty also populate this list. 97 OVR Babe Ruth has insane hitting stats, but is probably better served playing at either left field or first baseman. Mookie Betts has a nice mix of hitting and defense attributes. Nick Castellanos has better hitting stats, but with 66 Fielding at right field, it might be tough to really consider him a strong option from a defensive standpoint

Let’s move on to the pitchers. Here’s a look at our picks for best starting pitchers:

Randy Johnson continues to be the best option as this position, but you’ll need five to fill out a rotation. The latest batch of programs have dropped a number of new starting pitching options, with flamethrower Bobby Miller, and Hall of Famers Greg Maddux and Roy Halladay among other elite options on the mound.

And for the relievers:

We finish up with the relievers, with the top remaining relatively the same. Kenley Jansen, Zack Britton, and Steve Cishek all were strong options in May, and that continues for June. All three have elite stuff, and the same can be said for the three Faces of the Franchise relievers that were released in April.

The one notable new name on this list is Jhoan Duran from the May Monthly Awards program. Duran has solid H/9 and K/9, but the draw here is Outlier on his fastball and splitter.

Note: This list is as of June 2022. This guide will be updated regularly to include new cards added to Diamond Dynasty.