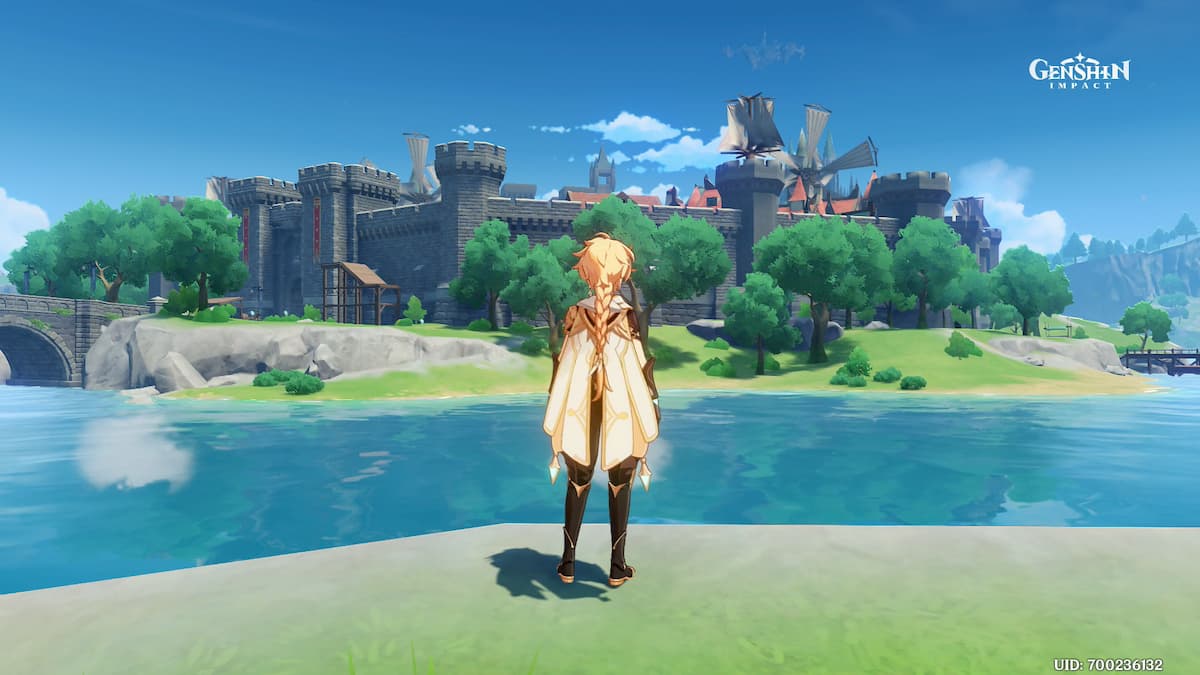 For the first part of the quest you must visit the Adventurer’s Guild and enquire abou the Arcadian Ruins. All you need to do here is follow the waypoints and speak with the NPC outside the Guild. They won’t know anything, so you can return to Kaeya. From there, you will need to meet his informant, so follow the waypoint outside of the city ot the edge of the Weeping Woods.

The informant will arrive, but has some enemies close behind. Kill them all, then speak with the information to get a clue, and a picture. The clue is as follows:

In the city on the lake, lived three giants with six arms. Two to guard the statue of the archon, and one to guard the treasure.

If you look across the water at Mondstadt, you will notice three large windmills that have six sails each. These are your three giants. Make your way to the solo windmill and you will need to figure out a way to the top. The easiest thing to do is climb up the Knights building, marked on the map by the sword icon, and jump off the top. It might seem like an impossible climb, but you can rest on the ledge between floors, allowing your stamina to recover. When you reach the top, jump off and glide across the top walkway around the windmill and open the chest you will find there.

If you bet on getting another riddle, then you were correct. The next riddle is below:

She doesn’t love him at all. The passion rushing thorugh the clear spring is just a front. When she’s cold and alone, her true heart is revealed.

You can go and visit Kaeya to get a hint, and he will tell you to head for Springvale, although this is pretty clearly marked on a map you get in the chest aswell. You will also need a character with Cryo ability, so make sure Kaeya is part of your squad, then make your way to the next location.

Head to the location marked on the map, then climb your way up the cliffs until you get to a waterfall. Here you will find three short, ornate pillars that you need to freeze with Kaeya’s abilities. When they are all frozen a chest will appear contain a final map.

It will reveal an area near the Falcon Coast, which will also be marked on your in-game map. Head there and you will find the Arcadian Ruins. It’s dungeon time, so make sure you party include both Kaeya and Lisa as Cryo and Elctro are really powerful here. Just play through the dungeon and then take out the final boss and the quest will be complete.