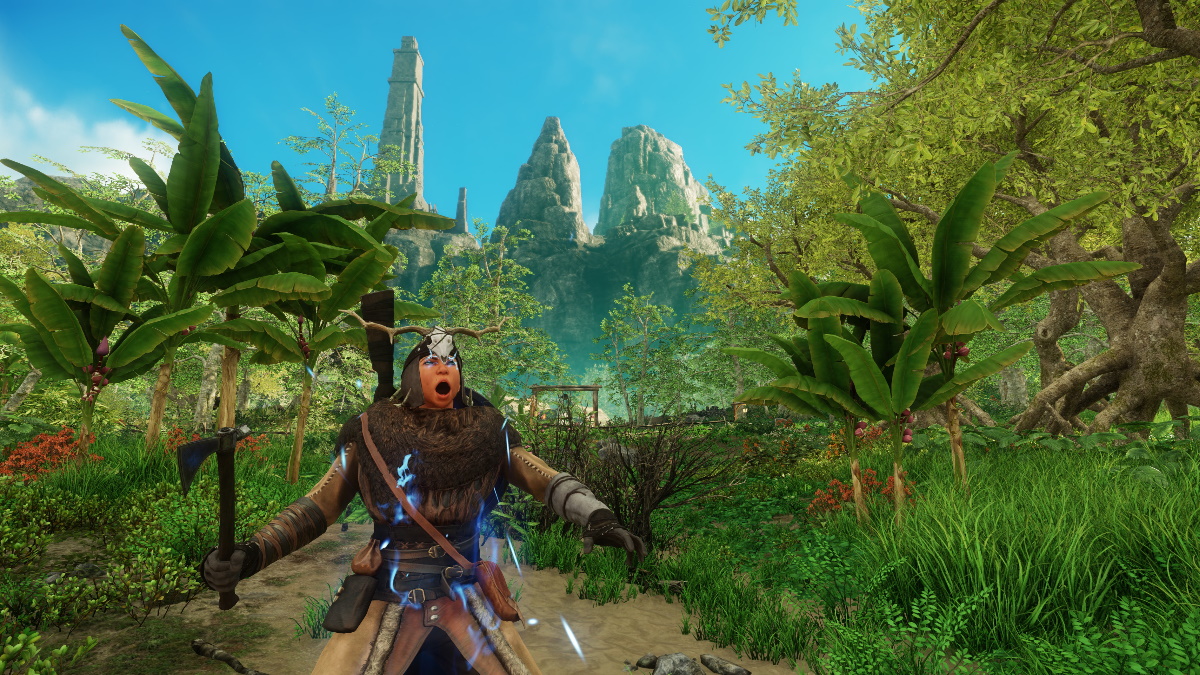 The Hatchet is a melee weapon in New World that uses Strength as a primary attribute and Dexterity as a secondary attribute. We also consider it to be one of the best options in the game. Here’s our guide to help you with the best Hatchet build in New World.

The Hatchet weapon in New World has two skill trees: Berserker and Throwing. The former will likely have your bread-and-butter skills owing to offensive boosts. The latter, meanwhile, gives you a bit of flexibility as you try to fight from a distance.

Recommended active abilities: You’ll definitely want Berserk here since it’s one of the most potent abilities in the game. The 20% attack boost is no joke, making you more formidable regardless of the situation. Try to select all perks in the column as well. Likewise, Feral Rush is another great skill to have. This is your way of closing the distance between you and the target. Moreover, this is somewhat better than the Leaping Strike ability from the Sword and Shield build. You can do two quick attacks and the leap action has a shorter distance, which means you’re less likely to miss a target. As for Raging Torrent, it’s decent due to being able to deal burst damage. However, you might want to obtain a different perk from the Throwing skill tree.

Recommended passive abilities: Two passives from the fourth column (Accumulated Power and Relentless Fury) are really good to have. You’ll gain the Empower buff that further increases your DPS.

Recommended active abilities: Rending Throw and its first two perk nodes are okay. It’s probably the skill that would replace Raging Torrent if you don’t pick it up. If you really want to, you can take Infected Throw, but we don’t find it as useful. Lastly, while it’s good to practice Social Distancing in the real world, you don’t want this in New World at all. It’s a means of escaping clutches if an opponent is too close, but you’ll often be engaged in melee combat anyway.

Recommended passive abilities: Critical Throw is the important passive here. On Fire is to increase your DPS (a guaranteed crit every third thrown axe). Rejuvenating Crits, meanwhile, helps with your stamina gains.

An ideal Hatchet build in New World should always have Berserk as a skill. This is your primary method of increasing your damage output. What you can try to do is use Rending Throw first to lower an enemy’s defenses. Then, do your Feral Rush to close the gap quickly. Pop Berserk once you’re engaged in the melee press and start annihilating the foes that surround you.

For viable weapon combinations, we suggest using the Bow so you can have more ranged combat flexibility. It even scales off Dexterity, the Hatchet’s secondary stat. Alternatively, you can try the Musket, which also uses Dexterity as its primary attribute.