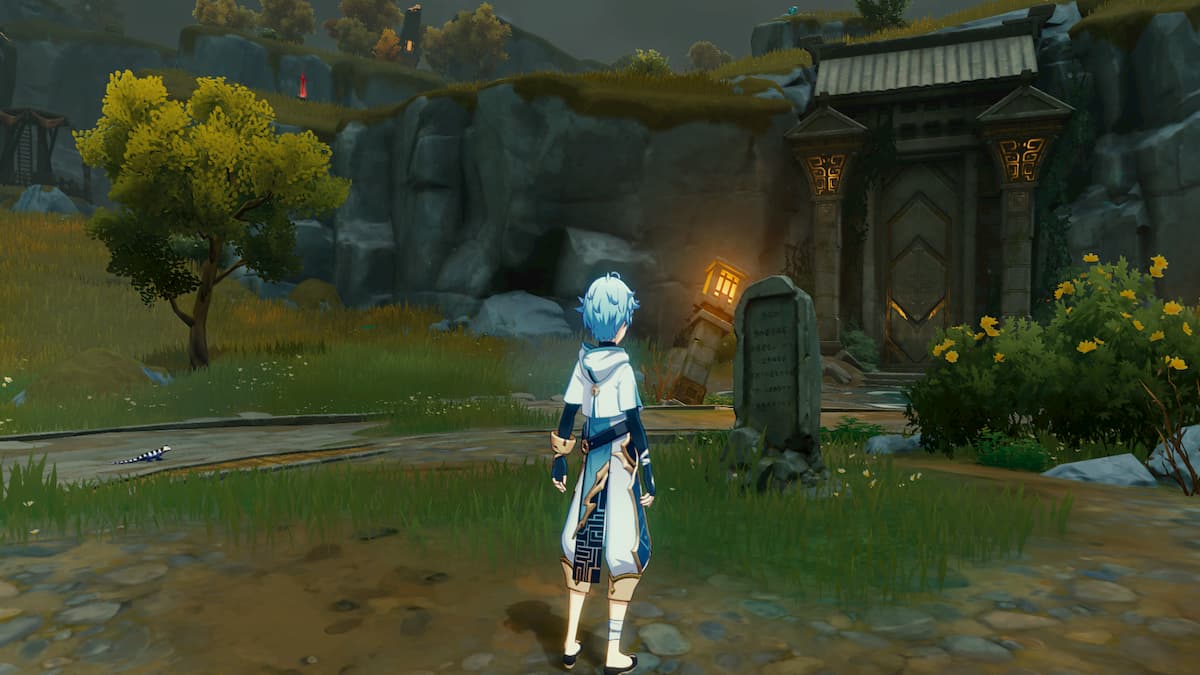 There are dozens of side quests and activities for you to complete in Genshin Impact. Many of them are not on the map, and you can freely find them by exploring the region, with no apparent pathway that you need to follow. One of the random quests you can find is called Nine Pillars of Peace. You can activate it by standing in front of a stone and reading in the inscription. Thankfully, it’s not a long quest, but you have to go to specific areas in the region.

The stone is in the center of a large canyon with several lanterns surrounding it. You can find it in the Cuijue Slope area.

You must find the nine pillars. None of them appear on the map, even if you attempt to activate the navigation in your quest journal. Luckily, they’re not too far from the starting location. You can find all nine of the pillars surrounding you. They look like large, orange totems. To activate them, you have to climb their sides, locate the glowing ruins, and interact with them. The ruins should say Inlaid Stone of Remembrance.

However, to activate all of them, you must use an item called Stone of Remembrance. You receive this by giving blessings to the Statues of the Seven in Liyue, which is the Geo-based region. You need nine stones, so make sure you have nine Stone of Remembrances before attempting to complete this quest. Here are all nine pillar locations in the area.

After activating all of the pillars, you may enter the temple and search the ruins. However, there will be plenty of creatures inside that you have to fight. You will first have to do battle against a Ruin Guard. Once you beat that, you have to fight a swarm of Geovishap Hatchlings. The final battle is with a Ruin Hunter, who is stronger than the previous fights. You want to make sure to bring plenty of food with you that heals your party, enhances their defenses and attack and reduces their stamina.

Upon clearing the battle, open the now available chests. One of them will have a Dull Ring inside. Paimon will appear, suggesting you find someone with an eye for antiques to sell it to for a good profit. You have to bring it back to Liyue Harbor and show it to Linlang, the owner of Xigu Antiques. She will offer to purchase the Dull Ring off you for 200,000 Mora.