Overwatch’s annual Archive event is off and running with brand new skins, emotes, and other cosmetics and has brought back the classic Uprising, Retribution, and Storm Rising arcade missions from previous years. For the first time, Blizzard has not added a new story to play through, instead opting to incorporate challenge missions that are twists on those original missions that will unlock each week of the event. These modes do not change the objectives of the missions but instead will change how you play them. The first weekend’s challenges take place on Uprising. Here are some tips and tricks to beating the challenges.

Related: Everything you need to know about Overwatch’s new Triple Damage mode

Molten Cores’ enemies all will drop a pool of lava surrounding the area where they were killed. The lava acts in the same way as Torbjorn’s ultimate, hence the name, except that it doesn’t damage you quite as fast as in multiplayer. Do not let that get you overconfident, though, as it can still take down your health in critical situations.

First, your team of four is going to need a reliable team composition to get past this challenge. With the pools of lava appearing once you kill Null Sector, you are going to want to favor range characters. Soldier: 76, McCree, Torbjorn, Orisa, Baptiste, Ashe, Sigma, Bastion, Ana, Hanzo, and Zenyatta preferably stand out from the crowd. You will usually want one tank, two damage, and one support character when you start, but your team can mix and match to suit their preferences.

On the side of characters, not recommended are Brigitte, Doomfist, D.Va, Reinhardt, Genji, Tracer, Reaper, and Winston. These heroes particularly do not fit this challenge well because of their reliance on getting close to enemies, and they have abilities that could easily push them into lava pools.

Glass Cannon’s challenge is that your damage is increased, but at the cost of your health being decreased. The increase in damage makes any hero an instant kill threat. Still, if not careful, they can become a liability with resurrection times continually taking longer the more times you go down.

Generally, you are going to want players that tend to survive drawn-out battles. Suggested heroes include Reaper, Mercy, Reinhardt, Torbjorn, Sigma, Lucio, Mei, Orisa, Moira, Baptiste, and Roadhog. I usually would include Wrecking Ball in here, but there isn’t much room for him to reliably move around in his ball form, so he is not recommended here.

I had better success in this mode using two tanks, one damage, and one support. With the decreased health, you do not necessarily need to have a ton of healing, just enough to keep your team alive combined with whatever shields you use. Reaper is excellent at refilling his health quickly, so he is probably the most recommended hero in this mode.

On the side of heroes not recommended for Glass Cannon is Wrecking Ball, D.Va, Tracer, Doomfist, Genji, Zenyatta, Winston, and Pharah. As you can tell, dive characters are not great for Glass Cannon because of their tendency to get out into areas on their own. If they go down in the middle of the fight, it leaves the team having to work themselves into precarious situations to save them. Take this mission as slow and safe as possible to ensure success. 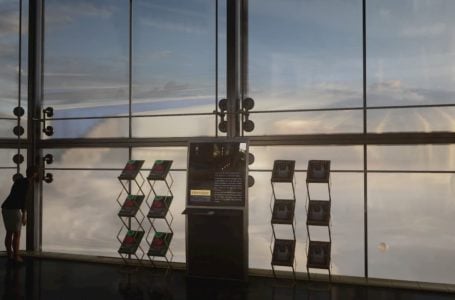