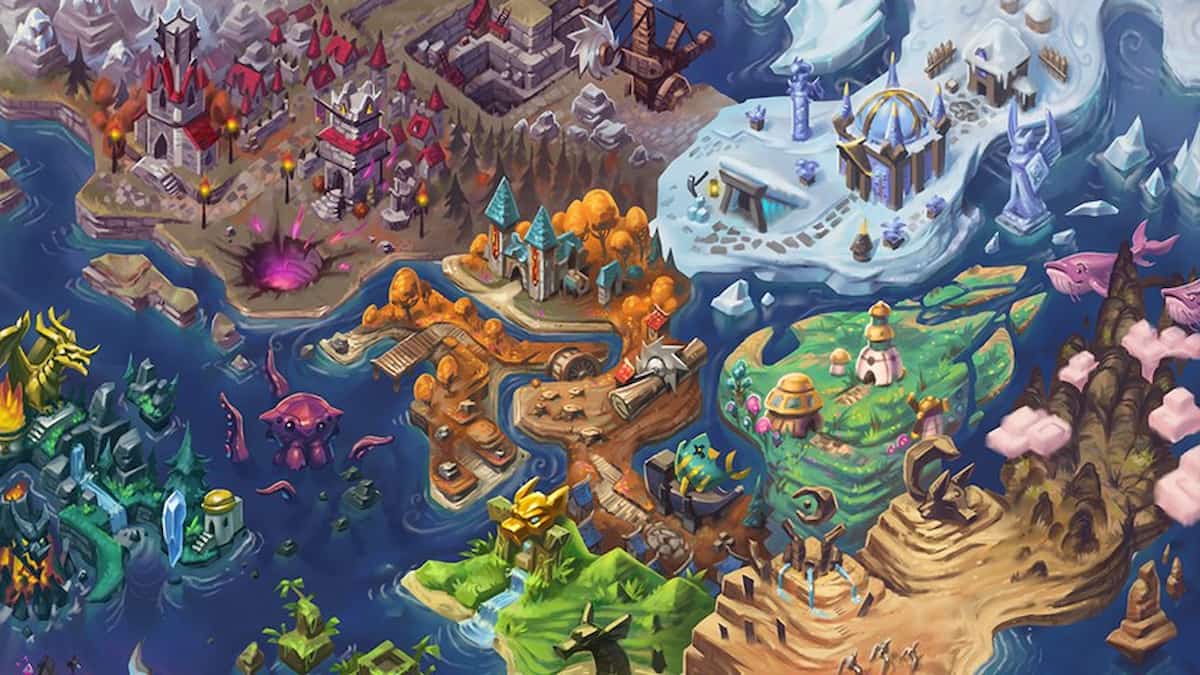 With the Indomitable patch, Paladins reworked its progression into a system with two components: the Event Pass, and Trials of the Realm. The new progression may seem a bit complicated, but it’s actually very straightforward to use. Here is everything you need to know.

The Event Pass is effectively the new seasonal pass system in Paladins. Just like in every game with a season or battle pass, the Event Pass features a rewards track of unlockable items for players to grab, including limited cosmetics and in-game currency. Each Event Pass lasts two months and features 24 levels of rewards, only some of which are free. To get all rewards, players can purchase the paid portion of the rewards track for 400 Crystals. If they don’t feel like grinding, they can purchase and unlock every reward instantly for 1,500 Crystals.

So, how do you max it out and get all the rewards? There are two ways to progress through the levels of each Event Pass. The first is by playing matches — every match you play nets you some experience points, displayed just below the rewards track, gradually unlocking rewards. The other is by completing Trials of the Realm challenges.

Trials of the Realm

This new system replaces the old Paladins battle pass challenges, making progression more interactive, but also somewhat more limiting. To start unlocking Trials of Realm rewards, you have to select a region from the list; only one region is available at the start — currently, it’s Trade Row — with a new one unlocking every week until all eight become available. With every major patch — meaning every two months — a new Trials of the Realm map is introduced, with its own eight regions, hand in hand with a new Event Pass.

Once you’ve opened a region, you will see three locked areas — to open each one, you need to click it and spend a Ticket. At the start of each round of Trials of the Realm, you are given two Tickets, and a new Ticket is awarded every time you complete an area, meaning that all areas can be gradually unlocked over the course of the season. Each unlocked area gives you access to five challenges — for example, play 3 Onslaught games, or earn 40 eliminations. Note, that even though each area is named after an existing Paladins map, you don’t have to complete the challenges on the corresponding map. They are just named that way for flavor.

And that’s all there is to getting rewards in Trials of the Realm in Paladins: unlock challenges, and then complete them for rewards and access to more challenges. This is where the new system is a bit more restrictive than before, as you don’t have access to all challenges from the start, and you must come back to Paladins week after week to gradually unlock and complete tasks. As a tradeoff, the challenges seem much easier to complete than before.

The rewards for completing Trials of the Realm challenges vary; they can be limited-time cosmetic items, levels on the current Event Pass, or in-game currency. Completing all challenges nets exactly 350 Crystals — combined with the 50 you get from completing the pass, this is enough to unlock the next Event Pass. This is how seasonal passes traditionally work in Paladins — after you purchase one of them, you can continue unlocking each subsequent pass for free, as long as you play enough to unlock all rewards.

Note that instantly buying the Event Pass for 1,500 Crystals doesn’t automatically complete the Trials of the Realm challenges — you will still have to do those separately.