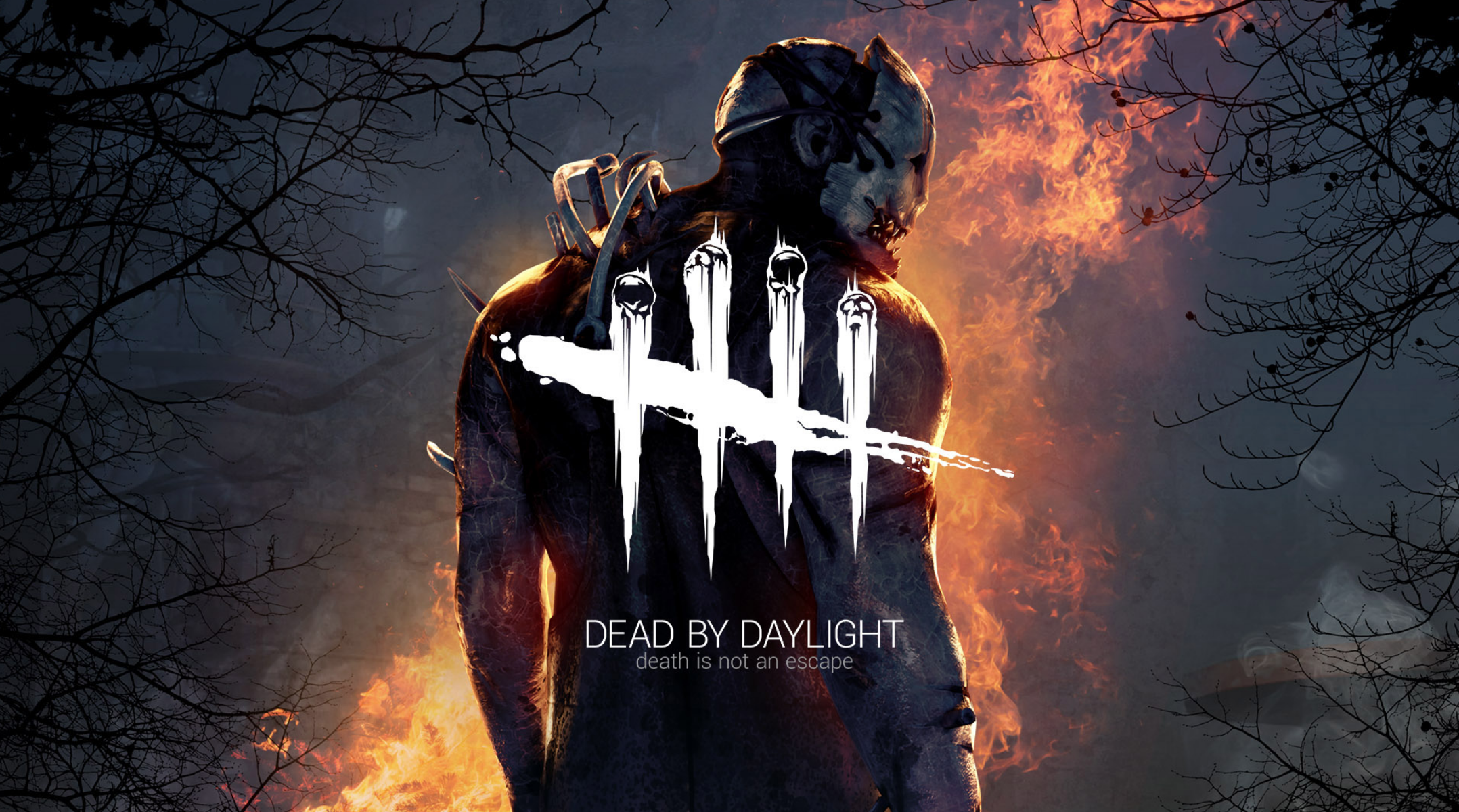 Dead by Daylight’s pulse-pounding action is always high, but it reaches a fever pitch when you are playing against specific killers. Sure, there are a lot of different killers to choose from to keep all of us horror fans satisfied, but there are some clear choices that are just better than others right now.

The thing is, a lot of being a killer is also dependent on who is playing them. Put the right player with a killer and they can be an absolute nightmare, sometimes literally (looking at you, Freddy Krueger). So, in order for us to rank the killers, we decided to split them up into tiers rather than rank them each out one by one. Here is a breakdown of how the tiers will work:

With the breakdown of tiers out of the way, let’s get to the rankings.

While being slow-moving, Pyramid Head is great at slowing down survivors with his ability to dig trenches and inflict the “Torment” status effect. He can also attack through most objects and can see any survivor that steps through their trenches.

He can also hook survivors without picking them up thanks to his cages. But his slow movement can be a real drag which makes navigation a real pain. But being such a new character, his abilities are pretty over-powered right now, which makes him a really strong killer as of right now.

The dream-killer himself is an absolute pain for survivors to go up against. His ability to force survivors into a “sleep” state makes it easy for him to track them along with his ability to teleport to any unfinished generators. Not to mention his Dream Snares that will cause a survivor to scream when stepped on and slow them down for several moments.

The Hag can use a limitless amount of traps that when snaring a survivor, allows them to teleport to them. Her short stature can also be beneficial in sneaking up on survivors. The only issue with The Hag is that her trap can be easily destroyed with flashlights. But if you know how to place them and where, The Hag can be lethal.

The Nurse is one of the hardest killers to get the hang of but once you do, she becomes one of the best. Like Freddy, she can teleport around the map with the only downside being that if you use the maximum range of the teleport, you will have to wait several seconds before using it again. A pretty small downside to deal with, though.

This killer can disappear and move around the map quickly for a short period of time. When she is in this state, her terror radius becomes a “whooshing” sound, but other than that, it’s hard to know where she will end up. Her mobility is what makes her lethal and a terror for any survivor.

The Twins came out just a few weeks ago and with any new killer, they are going to go through some over-powered, balancing periods. The Twins are can be in two locations at once, which can be really tough to overcome for survivors. When the twins are split up, you can keep one posted up next to a hooked survivor, essentially camping them and making sure it’ll be a tough time saving them.

The Nemesis is quite strong, befitting a monster that was designed from the ground up to hunt victims. As the creature mutates, ranged attacks will become more efficient, and the Nemesis can spawn zombies, helping players to master a strong control game against survivors that shatters their loops. Nemesis is devastating in the hands of a skilled player

Bubba himself received a buff that puts him as one of the best killers, thanks to his chainsaw now having three charges. You can swing it at survivors three times before needing to recharge. He also moves faster when using his chainsaw which can be a threat to survivors if they’re not careful.

The biggest problem, though, is that if you are unable to hit someone or you bump into something that stops you, you go into a tantrum that lets survivors get away easily.

Much like The Huntress, The Deathslinger relies on ranged attacks that can stop a survivor looping and vaulting. He also has a smaller terror radius in spite of his size which means he can sneak up on survivors pretty easily.

However, his range isn’t as long as The Huntress and lining up a shot can be pretty difficult.

The real power behind Ghostface is the fact that his terror radius can be completely taken away if he is crouched and stalking survivors. And when he stalks, he grows in power. However, he isn’t the fastest killer on the list and relies too heavily on perks that slow down or seal off generators.

Even with the nerf to the character, The Hillbilly is great at getting across the map quickly. On bigger maps, this is a huge benefit to have. Combine that with the right perks and he can see all survivors at once. His chainsaw charge can down someone in one hit, but the chainsaw overheating is a real danger. Survivors can also juke this attack fairly easily so you have to aim right.

The Huntress relies on her hatchets, which she can throw at survivors, nearly negating any window, pallet, or vaults. She comes with five and can replenish at her discretion. However, if not used properly, her slow speed and inability to deny generators can make her a tough killer to use. Plus, her humming is pretty easy to hear when she is coming.

With The Oni, it’s all about hitting survivors to collect their blood, which will allow you to dash across the map quickly. Because of his speed, he can catch up to survivors fairly easily and down them. However, his power is dependent on building it up which means that early stages of The Oni aren’t very powerful. But that doesn’t mean it can’t be a good option.

The Blight is possibly the fastest one out of them all. He is capable of flying around the map, bouncing off of objects and running in an erratic pattern. This makes him easy to juke but if not, he can do some damage. But mastering that speed is pretty difficult and will take a lot of practice to get down. Even then, survivors have a decently easy time of getting out of the way.

If survivors get near The Demogorgon’s portals, the monster can use their power to teleport to them to either kill them or stop them from sealing the portal off. However, it’s this sealing off that is the issue with this killer as it is incredibly easy to do. While it sounds great in theory to use the portals to the Upside-Down, the easy nature of sealing them off is a real issue.

If you know where the survivors are, The Doctor’s shock ability can easily trap survivors long enough to catch up to them. And once he inflicts the Madness effect, his abilities snowball and make him a force. His downside is that he isn’t as effective as downing enemies as the top killers on this list. He isn’t very sneaky and he can take some time to get the hang of his abilities.

The preparation and on-the-fly gameplay of The Plague is an odd sort of fun, with her vomit able to slow survivors down and also stopping their ability to heal. With her add-ons, she becomes even stronger and allows the aura of any survivor she has vomited on to be sen. But this does make her incredibly reliant on add-ons rather than making her a solid choice right off the back.

We all love playing as one of the most iconic killers, but Michael Myers is much like The Oni in that he needs time to charge up his powers. This can be a long process if you don’t know how to stalk survivors easily, but once you do, he is a monster of a killer. But it’s that preparation that can be a real problem.

The Wraith’s ability to turn invisible sounds like a great way to sneak up on survivors, and it is, but his wailing bell gives him away pretty easily. It can cause survivors to easily get away from him. Another add-on reliant killer, The Wraith lacks the abilities of Ghostface and Michael Myers to down survivors in one hit.

Honestly, The Clown is one of the worst killers in the game. His play-style is using gas grenades to slow down survivors and, with the right perk, down them in one hit. But this reliance on perks is what keeps him so low on this list.

He just doesn’t have a lot that can help him keep survivors from escaping and fixing generators.

The Legion can be annoying to many survivors thanks to their power that lets them run faster and see other survivors when hitting one. Survivors will have to spend a lot of time mending themselves when playing against The Legion. However, their power also takes away scratch marks and causes them to have to rely on sight to track survivors. Their exhaustion period also causes the screen to darken meaning they’re just not a ton of fun to use.

This stealthy killer can put reverse beartraps on survivors, causing them to have to find a Jigsaw Box to get them off in a set amount of time. It can slow the game down but relies too much on luck and hoping the survivor can’t find a box in time. Her stealth is very good but it’s not enough to make up for this reliance on chance.

The Trapper has a select amount of ways that he can be used effectively. He is very reliant on trapping enemies in his bear traps, meaning that half of your time will be spent setting these up rather than chasing survivors. There are some maps that work well with his abilities, but overall, he is a bottom tier killer to choose.

The Trickster suffers from a simple design flaw, in that he echoes other Killers in the game without actually being as good as they are at what they do. With similarities to Huntress and Plague, but being outperformed by both, there is little reason to pick the Trickster. This killer suffers from a lack of movement speed combined with weak power, meaning there is no real compensation within his kit.