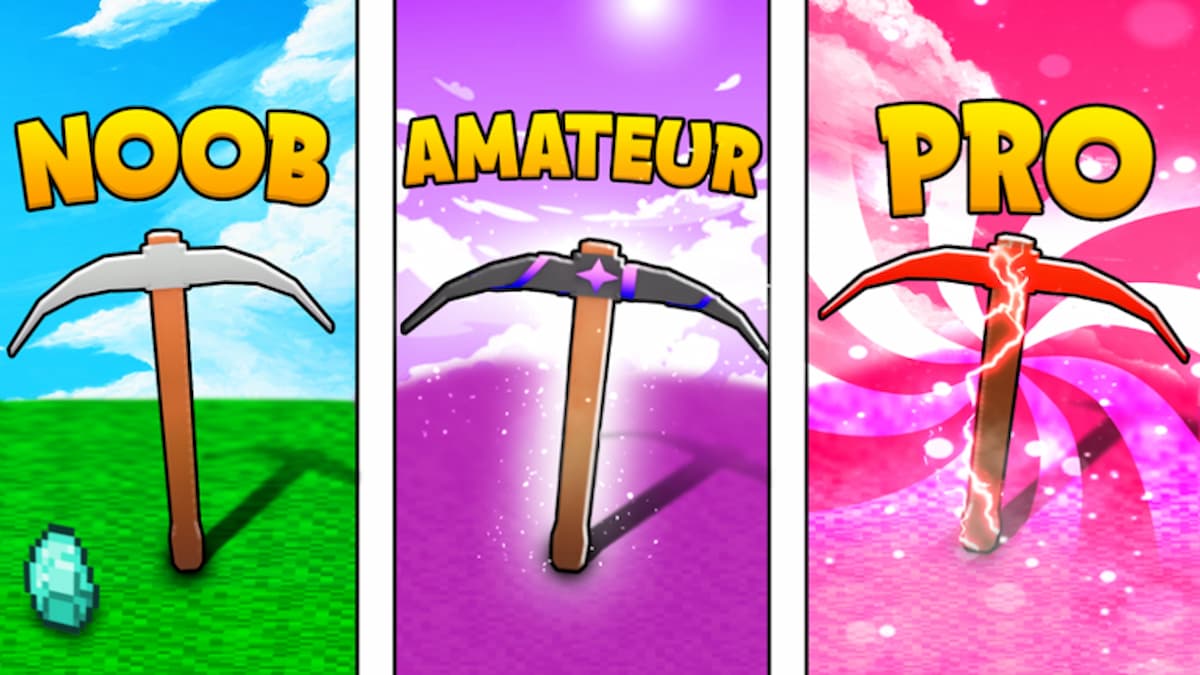 Roblox Mine Racer is a fairly straightforward game. You dig a hole, trying to dig deeper and faster than the competition. Armed with your trusty pickaxe and a competitive spirit, you earn rewards and new equipment by reaching deeper depths than your opponents. Thankfully, there are codes for Roblox Mine Racer that can net you valuable bonuses that can give you a winning edge.

Mine Racer codes offer players free in-game currency, called Wins and Coins. Coins can be used to open up eggs, which contain new pickaxes that you can use to dig faster. Wins are redeemed to upgrade each pickaxe’s cooldown timer so you can use it more often. This is a similar system to other Roblox experiences, such as A Piece and Noob Army.

There are currently no expired codes for Mine Racer.

How to redeem codes in Mine Racer

Redeeming codes for Mine Racer is easy. Just follow these simple steps:

How can you get more Mine Racer codes?

Like many Roblox developers, the team behind Mine Racer often put out new codes on its dedicated Discord server. Fans looking for the latest news on the game can also join the Rice Bowl Studio Roblox Group, where the developers post new content updates and potential codes for players to use. The developer also often puts new codes out on its YouTube channel.

Why are my Mine Racer codes not working?

Roblox developers can sometimes remove codes suddenly, often to replace them with new ones for players to redeem. Most often if a code isn’t working, it is because the code has expired, so check back here to ensure it isn’t on our expired code list. If you’re sure the code should be working, then make sure you’re typing it carefully into the Codes box. If you’re copying and pasting it into the field, make sure you don’t have an empty space at the end of the code.

How to make more money in Mine Racer

The most important piece of equipment in Mine Racer is your pickaxe, but it is also the most disposable. As you journey further down, you’ll collect coins that you can spend on new eggs, which contain new and better pickaxes. Selling a pickaxe that isn’t going to do the job anymore is an important strategy for making enough money to purchase the next tier of eggs.

What is Mine Racer?

Mine Racer is a racing game to reach the deepest point on the map by digging. Each race is two minutes long and requires you to click on the ground with your pickaxe to advance. There is an auto-click feature that you can pay for and additional boosters that you can spend Robux to unlock.