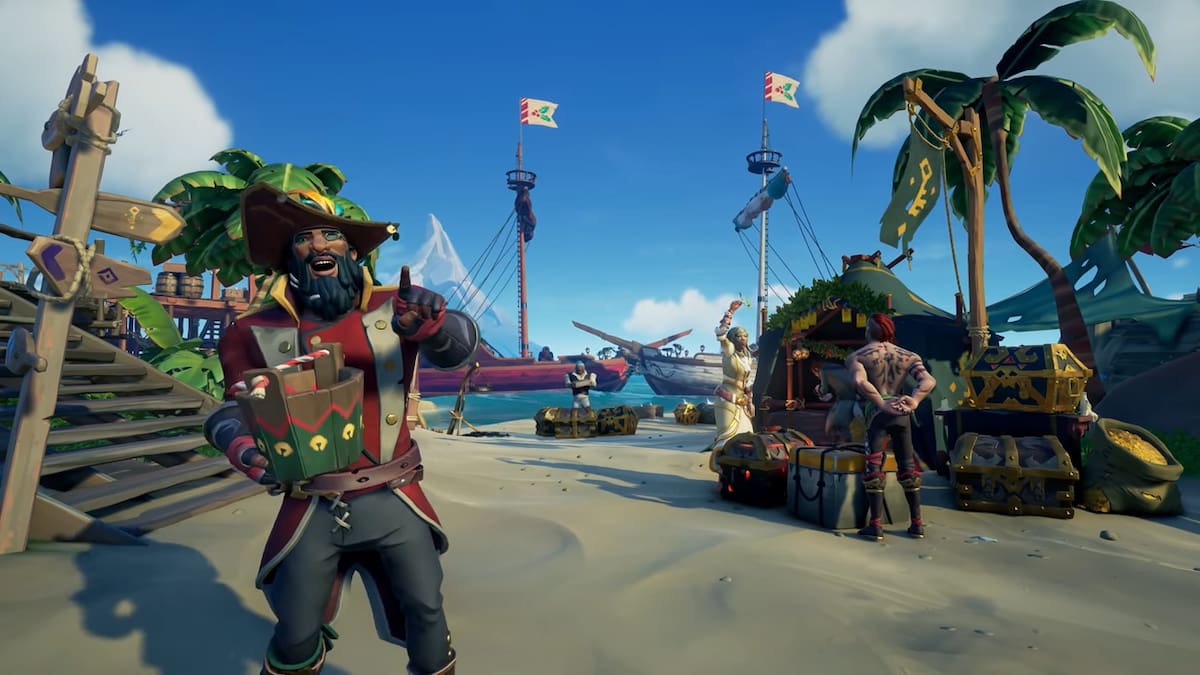 The Festival of Giving has returned to Sea of Thieves once again. It’s a time of year that’s full of merriment, and to help put players in a giving mood, this Sea of Thieves event will reward your generosity with more than just warm and fuzzy feelings — after all, a pirate can’t be expected to be completely selfless. Here’s a breakdown of how to participate in this year’s Festival of Giving, the rewards you’ll unlock, and how long you have to partake in the event.

The Gift That Keeps On Giving

Getting all the rewards for this year’s Festival of Giving is simple. In the spirit of the holidays, you’re tasked with gifting some of your own treasure to other pirate crews you encounter. If the other players turn in the treasure you’ve gifted them, you’ll progress toward unlocking each of the event’s rewards, which include three cosmetics and a title.

The requirement for each reward is having other crews turn in a set amount of your gifts. Additionally, there will be a repeatable Daily Challenge that nets you 5,000 gold if other players turn in up to five of your gifted treasures that day, and you can gain a special Festival of Giving Flag by talking to Larinna.

How Long is the Festival of Giving Special Event?