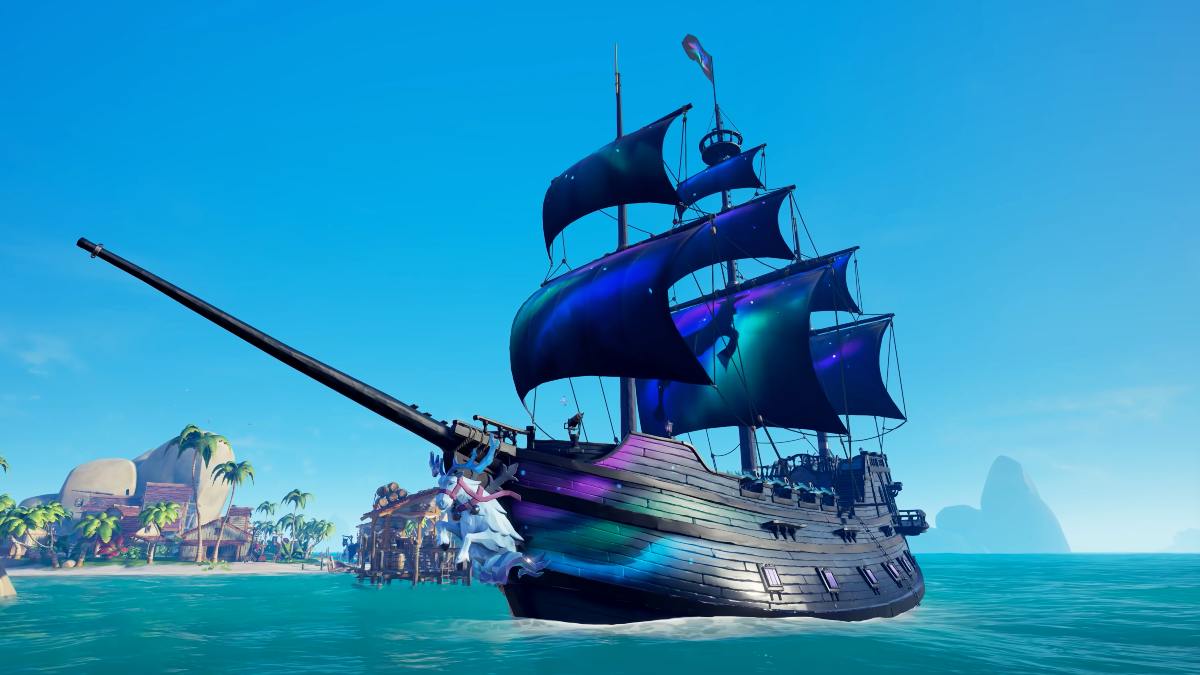 As with each new season of Sea of Thieves, Rare has dropped a new Plunder Pass to accompany the launch of Season Five. This premium add-on is available to purchase for 999 Ancient Coins, which translates to 9.99 USD (Xbox Game Pass Ultimate members get a slight discount). Along with the extra Ancient Coins, players who purchase the Season Five Plunder Pass and advance their Renown level will be able to unlock 14 arctic-themed cosmetics appropriate for the cold, winter season. Here are the top five rewards available in Season Five’s Plunder Pass.

Each piece of the Boreal Aurora ship set is available as a separate reward in the Plunder Pass, but some of the pieces are more important than others (and much cooler). Indeed, the hull and sails make up the largest parts of your ship. That’s why we included the Boreal Aurora Hull as part of our top five rewards from Season Five’s Plunder Pass. Its soft but vibrant hues contrast magnificently with the deep blacks, which make the glow-in-the-dark colors stand out among the waves at night. Fortunately, it shouldn’t take you too long to reach the reasonable level of 20 Renown to unlock this hull.

Related: All quality of life improvements in Sea of Thieves Season 5

Rounding out the larger, more important parts of any ship’s cosmetic set, the Boreal Aurora Sails are one of the best rewards in the new Plunder Pass. The purple colors that flare out from the bottom of the sails contrast nicely with the black top. An icy, crystalline reindeer head acts as the centerpiece. It’s a mascot that not only looks cool, but also might strike a bit of fear among players who are not ready to fight a dedicated pirate of your caliber. These sails are also on the lower Renown end of Level 33, making them reasonably accessible. Keep it cool this winter as you sail across the horizon with this aurora/reindeer-themed crossover.

At this point, we start getting into the higher, premium end of the already premium Plunder Pass. You could settle for the warm-and-fuzzy, reindeer-themed Boreal Aurora Figurehead that you unlock at Renown Level 40, but why not go all out and set your sights on the Collector’s version? Unlike its brown and furry counterpart, the Collector’s Boreal Aurora Figurehead has a shimmering, icy surface that better befits a snowy ship set. What’s more, you could match it with other cold-themed ship sets and still make it work as an appropriate accessory. Unfortunately, you’ll have to reach Renown Level 80 to unlock this one, but we think the reward is well worth the effort.