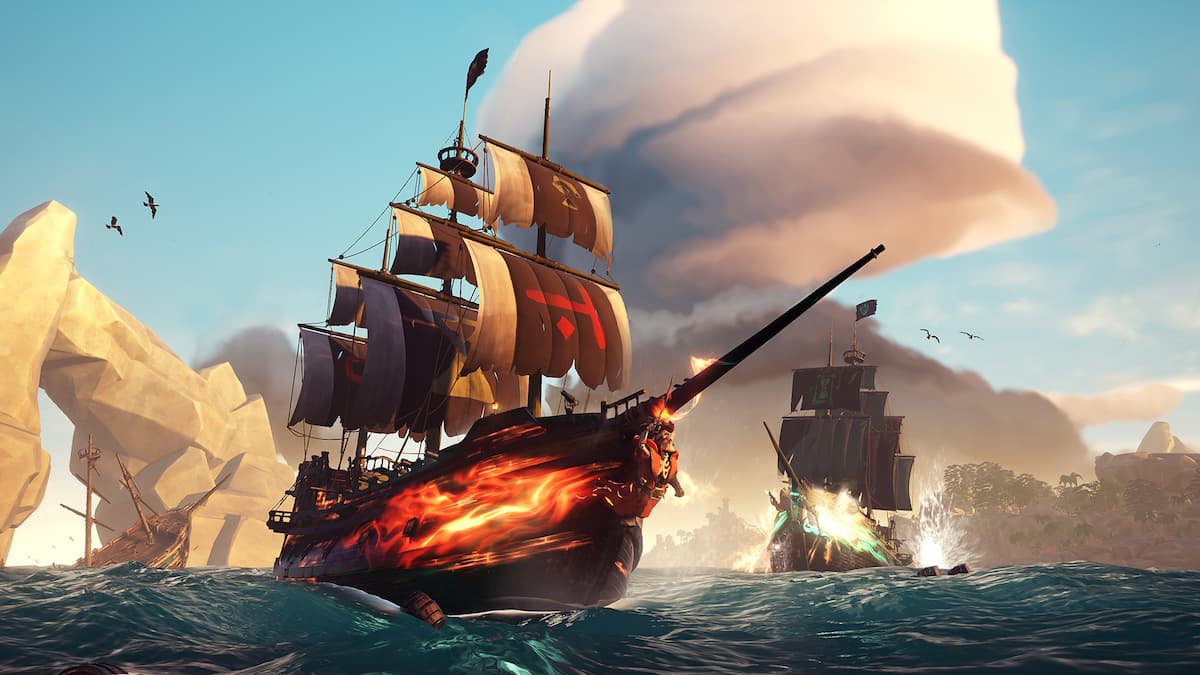 Fighting other pirates in Sea of Thieves PvP isn’t just about facing them with sword and gun. Before you ever see the whites or your enemies’ eyes, you’ll see the color of their sails and hear the roar of their ship’s cannons. Proficiency at ship-to-ship combat is, therefore, just as important as your ability to fight up close. While there are dozens of nuances to consider when fighting other ships, the five presented here are some of the most essential.

Supply up whenever you can — you need more than you think

Your ship spawns in with the barest minimum of supplies, and you’ll need far more than that for a longer voyage. Before setting sail, you should always, always, take the time to empty the supply barrels at the Outpost. Grab a Wood Crate, a Cannonball Crate, and Supply Crate from the Merchant Alliance, and if you’re a Captain, head to the Shipwright and buy their Fruit stores as well.

Sailing with a crew? You’ll need to know what role you’ll be playing, whether that’s steering the ship, mining the sails and cannons, or being the primary cannoneer, to name just three positions. Depending on how big a ship you’re on, you might be at two or more positions over the course of a voyage. However, if you’re part of a galleon crew, expect to stay where you’re assigned for most of your playtime. Be sure you know how to play every role efficiently, and practice your primary assignments whenever possible.

Never be on their broadside (don’t nose)

During a ship battle, your boat will be in one of two positions: with cannons aimed at your opponent across the waves or directly at them with the bow of your ship. Take steps to never do the latter, as you have no good way to defend yourself, leaving you open to more cannon fire and risking running into your enemy’s ship, damaging both of you but giving them even more advantage.

Cannonballs have a consistent trajectory when fired, but that trajectory heavily depends on both the waves and the angle you’ve aimed the cannon itself. Whenever you’re in a fight, fire off a few cannonballs with the understanding that they’ll probably miss. Use this initial volley to gauge where you need to aim to account for the ball’s arc. Once you have the direction, you’ll need to account for the enemy ship’s movement and the rise and fall of the waves.

There are several types of hull holes in Sea of Thieves, and the bigger they are, the more water they let in, so you’ll need to prioritize the largest holes for repair first. All three hoe types have slightly different appearances, but you can more easily tell them apart by how long they take to repair. The smallest holes only take about one second to plug with a board. The largest takes around five. If you see a hole in your ship and aren’t immediately sure how large it is, spend a moment to repair it. If it’s a fast repair, you’ve got a small hole.