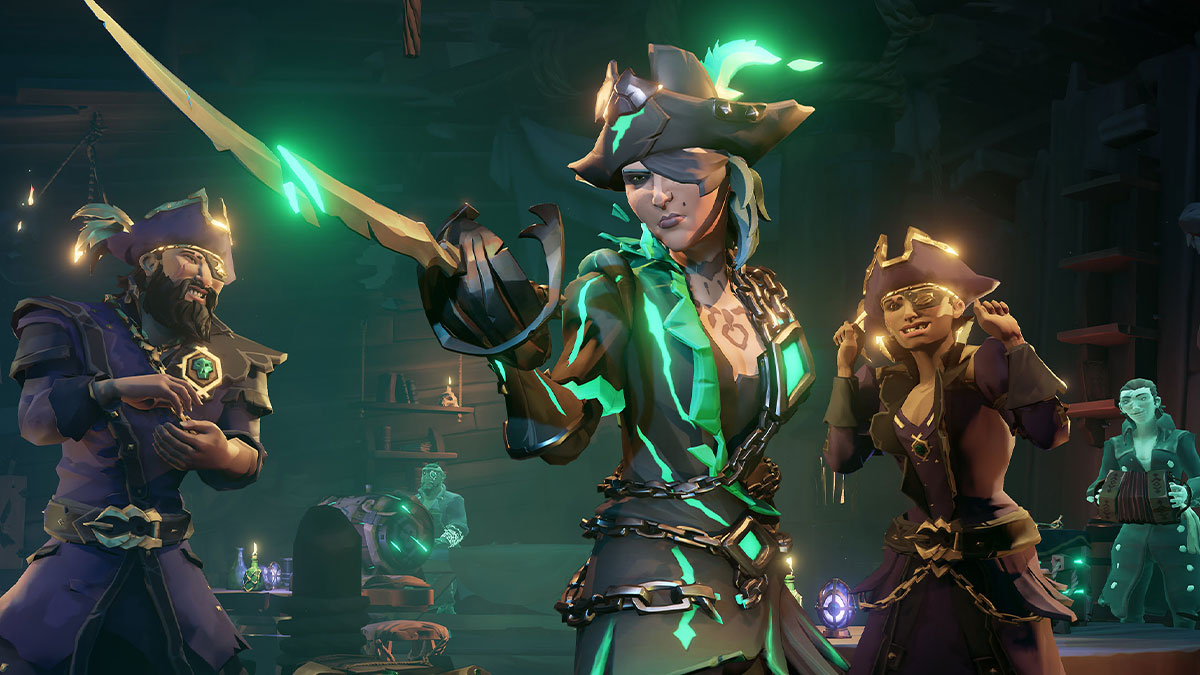 In Sea of Thieves, PvP has always been a core part of the experience, with the threat of enemy pirates coming to take your hard-earned treasure always present as you sailed the blue waters. It took a much bigger part of the stage with Season 8, with rewards to match. Most competitive play happens ship-to-ship, with two crews fighting with cannon fire, but almost every encounter these days will also require you to fight up close and personal. That’s what this guide is about: grounded PvP against another pirate, whether on a boat or on land.

Related: Sea of Thieves PvP has some matchmaking issues, but Rare is working on it

Block with your sword

Swords are the only personal weapons in Sea of Thieves without a built-in limitation (ammo), so learning how to use them properly can be the difference between victory and defeat. Before you start learning proper movement and efficient ways to attack, however, you’ll need to master blocking. It’s easy enough on its face: hold the alt fire trigger or key, and you’ll deflect any incoming sword swing up to three times, at which point you’ll be pushed back; use the jump button to side step. Bear in mind that you won’t block attacks from the back or the side. Lunged attacks will still connect as well.

Related: Sands of Fate and PvP Allegiance Streaks in Sea of Thieves, explained

If swords aren’t your cup of tea, consider using two guns, commonly called “double gunning” in the community. You’ll most likely want a Blunderbuss and an Eye of Reach sniper rifle, but Blunderbuss and Flintlock is also a perfectly usable combination. As long as you can stay topped on ammo, you can one or two-shot anyone, provided you have serviceable accuracy. The Blunderbuss is an excellent choice for up close, and the Eye of Reach can be used like a slug shotgun with the added bonus of accuracy at a distance.

Lower the enemy’s anchor when boarding

Boarding an enemy ship during Sea of Thieves PvP is essential to keep your opponent(s) from repairing their boat, reviving teammates, or otherwise healing. The art of boarding in the heat of battle is its own skill, but when you do make it onto another boat, dropping their anchor not only gives your foes one more thing to worry about. If you get sent back to your own ship, they won’t have run nearly as far.

Use Blunderbombs to knock enemies off when boarding or being boarded

Blunderbombs are an incredible resource for both offense and defense. If you’re in the water or air near an enemy ship, you can throw a Blunderbomb onto their deck to try and knock one or more pirates into the water as well, giving you an advantage before a fight even begins. In the event you’re the one being boarded, you can attempt to knock your enemy in the water, or off of the side ladders, with a well-timed Blunder. They’re even good for straight-up damage or to detonate explosive barrels that might be belowdecks.

Listen for boarders and watch for mermaid smoke

While it’s possible for a player to grab a ladder silently (by holding block just before grabbing it), during a fight, you should still pay attention to the sounds near your boat. If you hear a splash, that could be a ladder grab or another pirate landing in the water near you. If you have proximity chat enabled, you might also hear trash talk or other commenting. Be on the lookout for light blue smoke near your ship as well, as that signals a mermaid has appeared to help another pirate back to their boat. The more mermaids you see, the more pirates are after you.