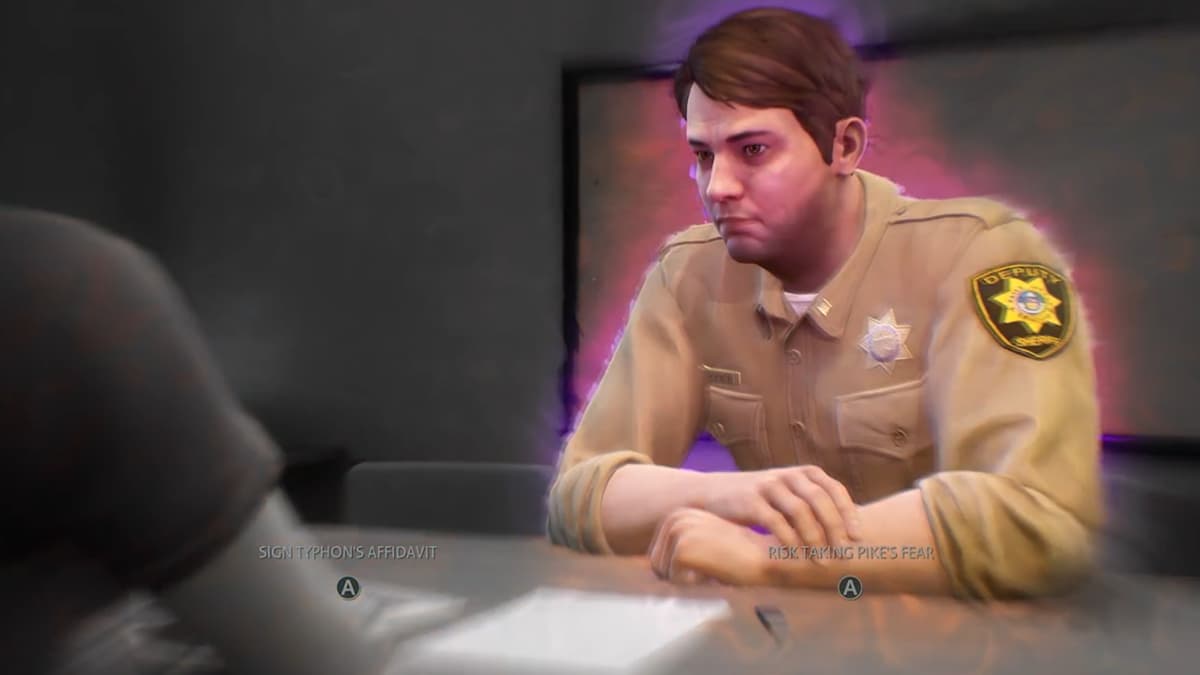 In the fourth chapter of Life is Strange: True Colors, Alex is convinced she has the evidence to prove the mining company Typhon is guilty of covering something big, but the Haven Spring sheriff Pike has arrested her. During the talk, Pike reveals that Typhon has been spying on Alex, Steph, and Ryan and are suing her unless she signs an affidavit. You are given the option to do this or take Pike’s fear of the company away. Which should you do?

While this choice does not significantly affect the end of the fourth chapter, it will change whether or not Pike stands up for you at the end of the game when everything comes to a head.

If you sign the affidavit, Pike will be happier and leave the room without saying anything. You will go home and get a note to meet Jed downstairs.

In contrast to the option of taking Charlotte’s anger away in chapter three, taking Pike’s fear is actually the better move. Whatever you choose, you will still go home and meet with Jed before he takes you somewhere. What will be different, though, is when it is time for the townspeople to decide to believe your accusations against Typhon or not, Pike will stand for you. If you sign the affidavit, he will still be afraid of the company and not do anything.