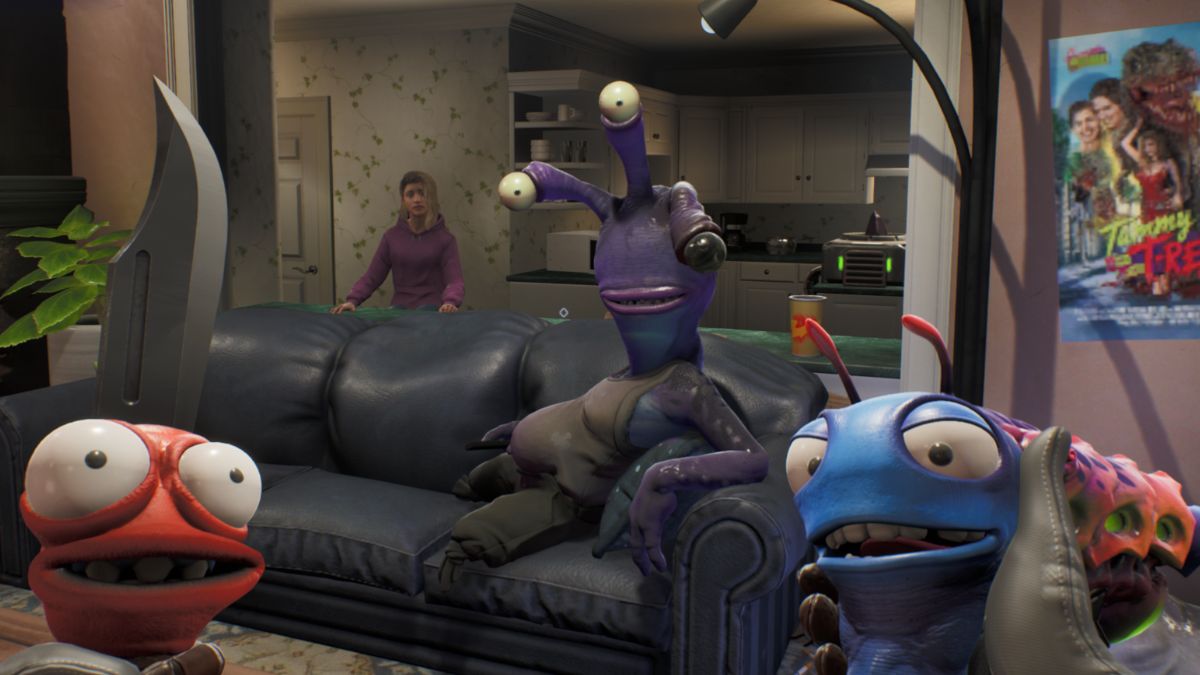 Gene is your mentor, your pal, the alien who taught you everything that you know. Your journey in High on Life wouldn’t have been possible without Gene being at your side, watching television while you take down the G3. But on second thought, maybe Knifey is right and you should stab Gene in the gut. It makes sense since he isn’t the nicest guy in the galaxy. So should you stab Gene in High on Life? It could lead to some unintended consequences.

Gene may be the alien who gave you the Bounty Suit, set up the Bounty 5,000 in your living room, and gave you the all-important advice of not dying in battle, but that doesn’t mean too much in the grand scheme of things. While he has done a few nice things, he also invaded your home because he thought you were dead and constantly annoys Lizzie. Is it really worth keeping him around?

Before completing your first bounty, you meet the talking knife of the game who is childishly named Knifey. This murderous sentient weapon wants revenge against Gene because he is a real jerk. As you make your way back to your house after killing 9-Torg, Knifey will consistently tell you that he wants you to stab Gene in the gut. Once you get back to your house, you get the opportunity.

After a brief conversation between Gene, Kenny, and Lizzie, Knifey will tell you to stab Gene. Take the weapon’s advice and you will watch as your character stabs Gene in the gut, getting you the achievement Don’t Knife the Hand That Feeds. Much like other choices like killing 5-Torg, this doesn’t result in any negative consequences and is purely used for humor. At least you got to release some tension toward your mentor.