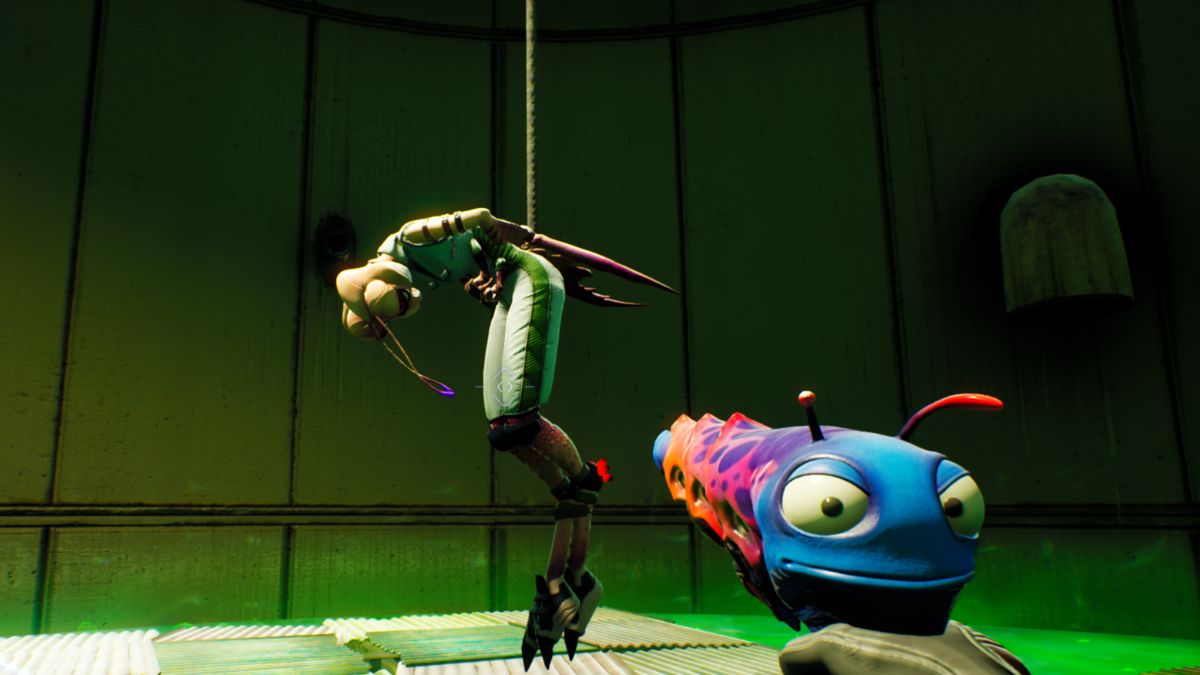 High on Life is a game filled with dark humor and unexpected twists from killing a kid to enemies who beg for you to shoot them. 9-Torg is the first of many bosses you will fight, but before you challenge her, you can find 9-Torg arguing with 5-Torg. When the boss battle begins, 5-Torg is whisked away by the rope she is dangling from and reappears once you have executed your bounty. You may be wondering, “is it possible to kill 5-Torg in High on Life?”

Should you kill 5-Torg in High on Life?

5-Torg is a secret boss in High on Life that makes an appearance before and after the 9-Torg boss fight. While you don’t get to interact with her before the fight, when 5-Torg appears after her 9-year-old clone is dead, you can interact with her. Pressing the interact button will prompt a very short conversation between Kenny and 5-Torg. The conversation turns suspicious when Kenny asks if 5-Torg will turn evil like 9-Torg.

If you are understandably concerned about 5-Torg taking 9-Torg’s place, you can attack her with Knifey or Kenny. Doing so will cause a health bar to appear, initiating a secret boss fight where your target is unable to move or fight back in any way. While this may make you the galaxy’s biggest jerk, it’s understandable why you wouldn’t want 5-Torg running things. Once 5-Torg is dead, Knifey will congratulate you on defeating a secret boss.

Of course, there is still the question of whether or not you should kill 5-Torg. The answer is that it doesn’t matter. Unfortunately, there is no achievement for killing 5-Torg and there is no reward other than Knifey’s words of encouragement. On the other hand, this also means there are no negative repercussions from this act of senseless murder.