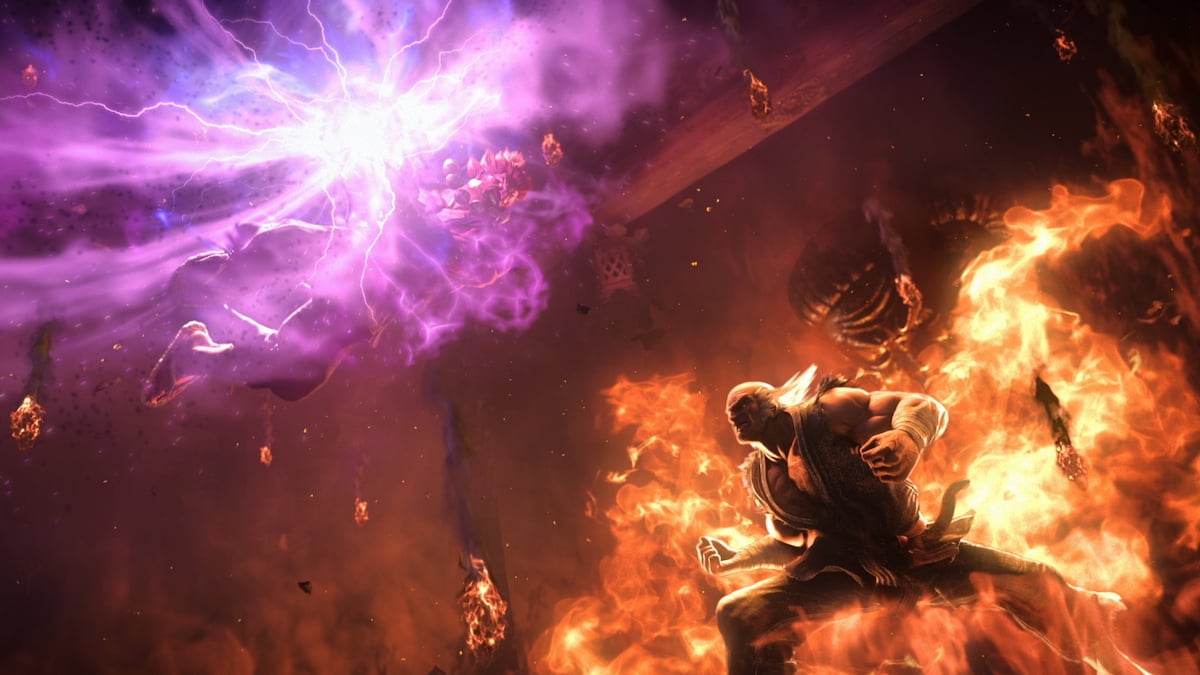 Tekken has been a staple in the fighting game genre for years and continues to be a hugely popular franchise, with Tekken 7 being one of the series’ most robust and enjoyed titles to date. Naturally, with fighting games comes ranking systems, and Tekken 7 has quite the offering when it comes to theirs. In this guide, we’ll break down and explain Tekken 7’s ranking systems, including all its ranks and how it works so you can get to climbing the ladder.

There are two separate ranks awarded to players in Tekken 7, one is for offline play, which is based on your performance in the game’s offline content, such as Story mode, Treasure Battle, and Arcade. You start at first kyu, and with each victory, your rank increases until you get to 1st dan. From here, the only way to rank up is to play the treasure battle mode and with enough time you can reach Tekken God Prime rank. However, there is not much benefit to ranking up in this mode and your rank doesn’t carry across to online play. Use this as a way to practice and hone your skills before taking on the other players in the online matches.

Tekken 7 uses a point-based system for its online ranking, and as players fight opponents, they will earn or lose points depending on the outcome. The amount of points you earn and lose is dependent on your opponent’s rank, meaning that fighting players closer to your rank gives you the biggest chance to get more points. For example, players who fight against someone of the same rank will earn the most amount of points, but on the flipside will lose more points for losing the match. The further in rank you are from your opponent, the fewer points you will earn and lose for the match. Once you have earned enough points, you’ll get placed into a promotional match that will increase your rank if you win. Alternatively, if you lose enough points, you’ll need to win a demotion match or your rank will decrease. You can keep track of your level thanks to a meter that shows your progress towards ranking up or down.

If you want to rank up quickly, you can customize the range and skill level of the opponents you are matched against, and setting this to players with the same rank, or one that is higher or lower than you will be your best bet for faster progression.

There is a total of 37 ranks to work through in online play, split up across 10 different tiers. It’s a big investment if you want to climb high in rank as each new tier becomes harder as you fight tougher opponents.

This is your starting point and will be made up of beginner and novice players learning the games and figuring out which character they want to play. You got to start somewhere.

Here you’ll find players who have one or two characters they are comfortable with and are ironing out their playstyle and learning their moveset. There are many casual players who are playing for fun rather than to advance their rank in this tier.

Here is where it starts to get a bit more focused. Players in this tier will likely have their chosen character, learned movesets and combos, and be more knowledgeable of the game. They may not be perfect, but they will certainly put up a good fight.

In this tier, you’ll be seeing players mastering their characters and the advanced aspects of their gameplay like knowing how to best use their combos, using effective defenses, and knowing how to approach a fight. This is where things start to get real.

The orange tier is where you’ll need to start doing some extra research. In this tier, players are very familiar with the game, so you’ll need to get experience playing against more players. This might also be the time you should start looking into things like frame data, learning some fighting game terms, and strategies like footsies for when and how to punish mistakes.

Players in the red tier are experienced and entering the beginning stage of high-level play, so they naturally will be tough opponents with a deep knowledge of their character and the game itself. This is the start of the hardest climb in the rankings.

Players in this tier are not too different from those in red tier, but they have much more experience and knowledge. Here you’ll be seeing players who are experts in frame data and can penalize any mistake or slip-up, and likely have above-average knowledge of the game’s roster and how to fight them.

Here you’ll find some of your toughest fights, and arguably have the hardest time climbing out of this bracket as players here are reaching for the top and are on the brink of getting that elite status. They are ruthless and won’t go down without a good fight, so be ready for the grind.

This tier is full of players who know the game and series front to back, with tons of knowledge on the series, characters, and the ins and outs of the game. Expect to see aspiring professionals and content creators here who are looking to — or already have — turn Tekken into more than just a hobby.

Few are able to earn this rank, and the few who do are the true masters of Tekken. These players have hundreds of hours of high-level play, know almost everything about the game, and are amongst a small group of the most elite players in the world. Players at this rank are often pro players seen at major tournaments like EVO, and often gatekept this rank for the lucky few.

In ranked matches, the character a player chooses will be the only one to have their rank affected, and if you want to rank up other characters, you’ll need to play them in separate sessions to raise their own rank. However, your roster will automatically rank up after hitting certain milestones with your main character, meaning you will not need to redo the entire rank ladder from the beginning.