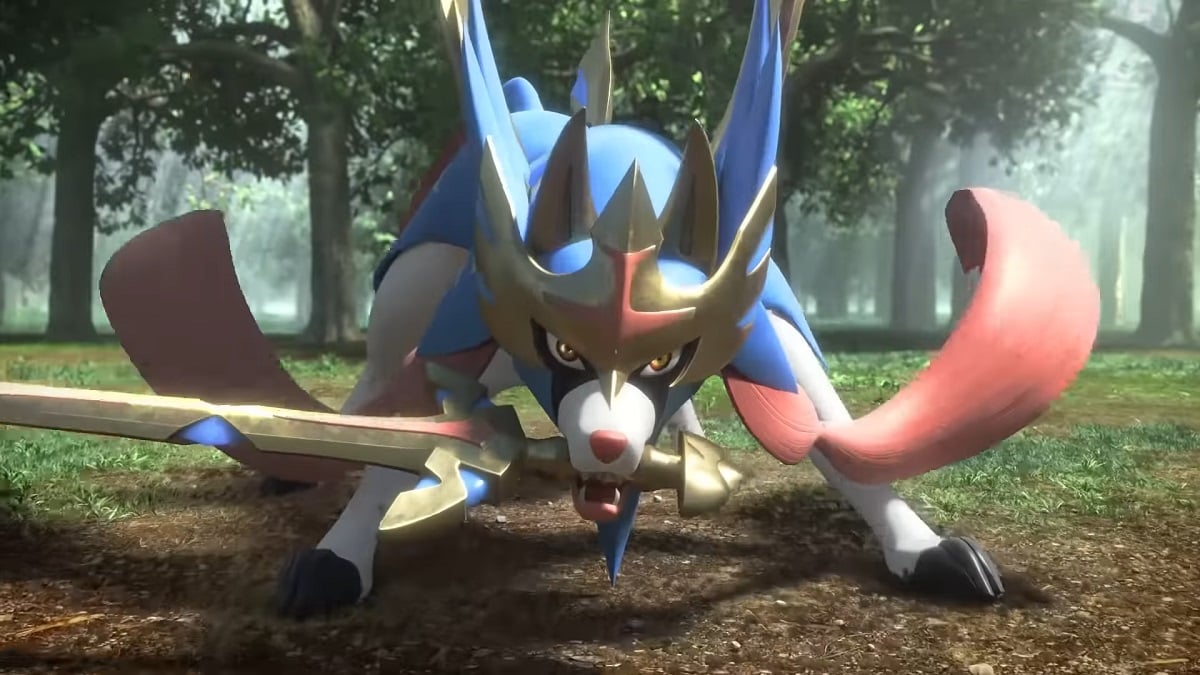 In the magnificent world of Pokémon, there are many fairy types you can find across its lands. From the strange Galarian Weezing to the legendary dog Zacian, fairy types are all over the Pokémon series. We’re ranking them based on their cuteness and strengths in battle. Here are 10 of the best Fairy Pokémon, ranked from our least favorite to the best.

Worst of the best: Tapu Koko

In Pokémon Sun and Moon, Tapu Koko is a creature that defends the island of Melemele from evil. Whenever it gets put in a bad mood, however, it will attack and become menacing towards its foes. Ash and the gang would not want to anger this being. Tapu Koko also moves incredibly fast through the air, making it a perfect guardian of the area to get from place to place.

Certainly one of the funniest Pokémon designs in recent years is the Galarian Weezing. Its form evolved from the industrial era, as hinted by its Pokédex entry. It reads, “It’s said that these Pokémon were seen all over the Galar region back in the day.”

Its large top hats stand out as steam reaches out of its chimney top. There’s also a green mustache on its face, and one has a full-on beard and bushy eyebrows. It’s hilarious and truly one of the best Galarian forms in Pokémon Sword & Shield. It is a poison and fairy type that’s also featured in Pokémon Go.

Mimikyu is a misunderstood Pokémon with a fascinatingly dark element to it. The people of Alola are afraid to peek under its cloth as it’s said you’ll get an illness for doing so. For a family-friendly series like Pokémon, it’s quite extraordinary to find out from the Pokédex that its neck is broken. “It stands in front of a mirror, trying to fix its broken neck as if its life depended on it,” the Pokédex says in Ultra Sun. “It has a hard time getting it right, so it’s crying inside.” It’s so tragic, and you feel sorry for it, adding a strange adorable factor to it. It also tries to look like Pikachu so it’s treated better.

Hailing from the very first generation of Pokémon in Kanto, Clefairy is quite the nostalgic fairy-type for many Pokémon fans. From the anime, we can remember a bunch of these beloved creatures singing together in Mt. Moon in front of Ash, Misty, and Brock. It also knows Metronome, a popular move that it has, which uses any move available in the game. Clefairy using a move like Fire Blast or Hydro Cannon is always a blast. You’ll need to capture a Clefairy in Pokemon Legends: Arceus to help fulfill a request called Clefairy’s Moonlit Dance.

Gardevoir is a fan favorite fairy Pokémon that has the most fashionable appearance out of any pocket monster in the series. Its curtain-like tail whisps through the air with elegance and its distinguished animations are superb as the developers consider the almost royal personality of the creature. It’s also very protective of their trainer. “Gardevoir has the ability to read the future,” says the Pokédex entry in Pokémon Ruby. “If it senses impending danger to its Trainer, this Pokémon is said to unleash its psychokinetic energy at full power.” In the anime’s Pokédex, it even says that Gardevoir can summon a black hole.

Jigglypuff is an iconic Pokémon from back in the day, especially in the anime series. It’s also featured as a character in Super Smash Bros. Ultimate and brings mighty villains like Ganondorf and Sephiroth to sleep with its singing. It always got up to mischief in the anime as it drew other others’ faces with a black pen if its victim didn’t like their singing. Her ability to sing is also represented in an in-game move, which puts your foes to sleep. Sing works just like Hypnosis but it’s slightly less accurate at 55.

One of the most adorable Pokémon to ever step into the Johto region is Togepi. You get the egg from the Professor in Pokémon Gold and Silver and after stepping a certain amount of steps, it cracks open and Togepi appears. It’s not that strong, but just like Clefairy, its use of Metronome can be exciting. Seeing this small creature deliver a Hyper Beam is something else. It also has a high defense and special defense when compared to its other stats. With a high friendship rate, it will evolve to Togetic and then with a Shiny Stone, it will go to its final form, Togekiss. They’re not nearly as cute as Togepi though.

From Pokémon X and Y is the legendary creature known as Xerneas. Its reindeer appearance is unique as it shines multiple colors from within its antlers. The Pokédex entry in Alpha Sapphire and Y claims that the Pokémon is “sharing everlasting life” with the seven colors in its horns. It can perform powerful fairy attacks, such as Geomancy (which increases special attack, special defense, and speed with just one move) and Moonblast (which causes 95 damage with 100 accuracy). It’s one of the strongest pocket monsters in existence.

Your adorable factor may be different from ours, but Marill is the absolute cutest fairy Pokémon you can find in the series. The way it waddles during battle is so precious, and the way it smiles will brighten your day. The water/fairy-type mouse also has a cute tail that ends with a round blue ball, which actually stops it from drowning. It’s like a life jacket as it keeps it above the water. Marill was also a recurring Pokémon for Misty in the anime run.

Best of the best: Zacian

Another legendary Pokémon Zacian hails from the Galar region in Pokémon Sword and Shield. Overall, this dog creature has a cool design. In its mouth, it holds a powerful ancient Fairy King’s sword that can fall a Gigantamax Pokémon in one fell swoop. The golden crown on its head also seems inspired by the English monarchy, which used to rule over the land that Sword & Shield is taking great liberties with.

Another neat fact we’ve learned from the Pokédex is that this legendary dog absorbs metal particles and turns them into its weapon. Its brother Zamazenta is also awesome, but the shield looks odd on the Pokémon’s design.