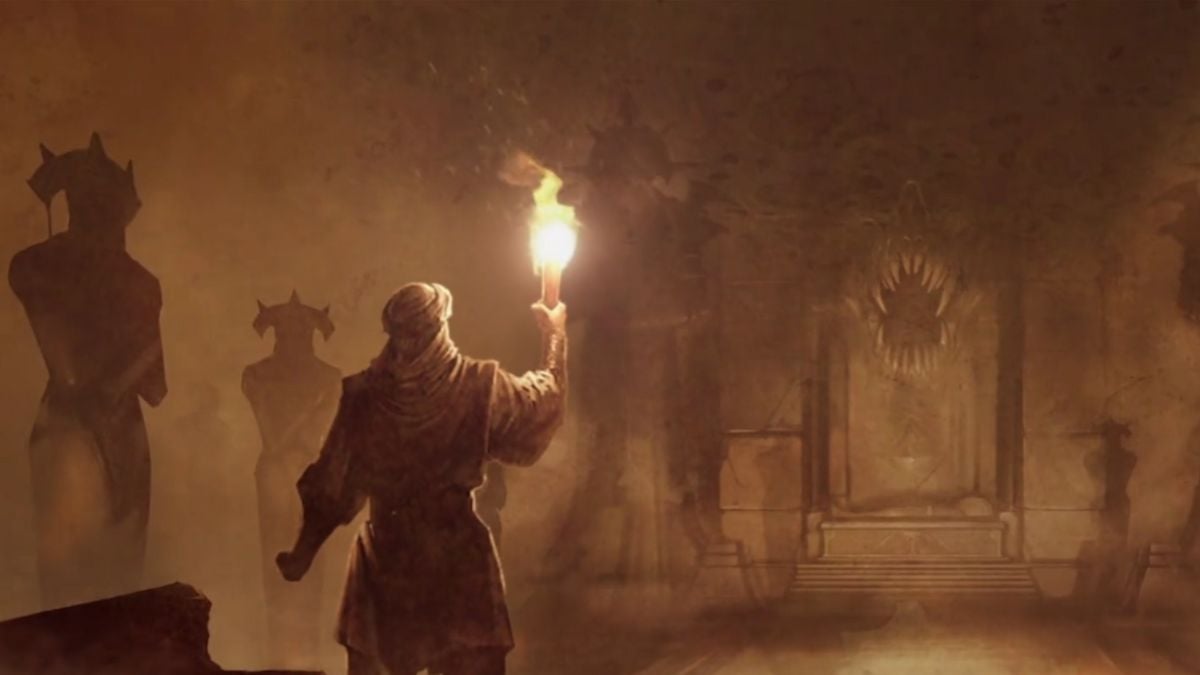 It’s entirely possible for developers to simply miss the mark when it comes to game design — a glossed-over quest tutorial, a forgotten door, and an over-tuned enemy that players have no hope of defeating. These frustrations can encapsulate the entirety of the game, somehow becoming the root of its design. The games themselves might not be bad, but they certainly can have a penchant for frustrating the gamers they’re trying to appease. If you’re curious as to what the depths of madness feel like, here are the 10 most frustrating games of all time.

Related: The 10 hardest games of all time

The FIFA franchise generally plays fairly, making small changes to mechanics and rosters every year to keep gamers coming back for more soccer action. Once you joined into online play, an alleged dynamic difficulty system (known as DDA) was designed to have specific players on the pitch fail for games to be closer. If you’re winning your match online, get ready for your entire team to stumble and trip on their own feet while your goalkeeper just happens to be chasing butterflies until it’s an even game. It doesn’t matter who you have on your team, when you’re ahead in the match they’ll fail to perform the most basic of actions. Electronic Arts continue to deny allegations that DDA (which they filed a patent for in 2016) is active, specifically in FIFA Ultimate Team, while users continue to point out bizarre occurrences that magically tie up the matches.

It’s baffling how we managed to complete games when the industry was in its infancy, especially when you take a peek at some of the older titles such as King’s Quest 5. Microscopic interactions would be needed to progress forward, with no indication through plot or dialogue. Players would simply become stuck until they consulted their local gaming oracle. King’s Quest 5 is often thought of as a low point for Sierra’s heyday, with multiple late-game locks that could come into effect if early scenes weren’t played perfectly. There was no indication that the player was soft-locked until dozens of hours later, essentially asking players to play through the entirety of the game once more but with a different guess.

Kid Chameleon has a fantastic set-up: an AI boss in a virtual reality game starts kidnapping various players, and it’s up to Kid Chameleon to save them. If it sounds like the premise to the only season of Sword Art Online, you might be tempted to find it on Steam. Until you learn that the game has a total of 103 levels with no checkpoints, passwords, or saving allowed. You play it in one fell swoop, or you lose. Modern releases of the title have had the grace to offer an external saving system, but the correction didn’t save the frustrations of yesteryear when it was released on the Sega Genesis. To be fair, the game was amazing — it just didn’t care about time investments.

It’s a bird, it’s a plane, no — it’s a desperately struggling superhero that can only stop by finding a solid object and crashing into it, multiple times. Officially called Superman: The New Superman Adventures, it was dubbed Superman 64 and featured unresponsive controls that would often need to be pressed multiple times for Superman to do anything other than twitch like an overcaffeinated 12-year-old. Some may point to this game simply being one of the worst ever made, but the context sets the tone for frustration. Superman: The Animated Series was demolishing the ratings on television during this era, and this title was flocked to immediately on release by hundreds of thousands of new fans. Titus Interactive lost the Warner Bros. license shortly after release.

Rick Dangerous was a raw Spelunky that ran on the Atari and MS-DOS back in 1989. Noted by some critics as harrowingly close to Indiana Jones, Rick Dangerous travels to the Amazonian jungle to search for a lost tribe and ends up in the standard gamut of adventure-driven case-spelunking. All was well and good until you actually started playing the game, and you realized how agonizingly slow you had to move to dodge a plethora of hidden traps and devices. Pixel by pixel, Rick Dangerous became Rick Cautious as players inched across the screen in the world’s slowest exploration. Traps offered little time to react, making the only counter-play moving as slowly as possible.

Perhaps it’s cheating to note an arcade game as having a modicum of frustration, as they’re aught to do as a means of keeping quarters sliding into their trays, but The Simpsons went a bit too far. Attempting to save Maggie from Smithers, this four-player beat ’em up featured brawls across Springfield against a litany of various enemies. Unfortunately, almost every enemy had the ability to stun-lock players, meaning getting hit once could often result in the loss of all of the remaining life. The frequency of this mechanic naturally increased as players got closer to the end, meaning some boss fights needed multiple quarters if you were having a rough go of it.

Takeshi’s Challenge is likely the most bizarre game ever created, thanks to the Japanese comic Takeshi. Follow the daily life of a salaried office worker as he strives for greatness in a hunt for treasure, and enjoy the constant Game Over screens if you don’t divorce your wife at the right time, hit the necessary NPCs, or learn the proper musical instruments. Most of the time players will have no clue where a failure occurred, so enjoy getting the dreaded Game Over screen every time you try to find the treasure.

3. The Bizarre Adventures of Woodruff and the Schnibble

A post-apocalyptic point & click adventure with a unique twist: the vast majority of the written language intentionally makes no sense. Not as in it’s written in a different language, but more so that the developers opted to develop a make-believe language, and refused to elaborate further with in-game glossaries and the like. The puzzles tend to be quite a leap of logic as well, meaning both sides of this coin end up frustrating players. This turns what might have been a quirky, unique adventure into a painstaking process of trying every made-up word possible to make it through a dialogue with an NPC that also doesn’t make sense.

Most titles find legendary success by focusing on a few small mechanics and building a game around them. Dwarf Fortress missed the mark on that by a nautical mile, instead opting to simulate as much life as humanly possible without remembering that UI and tutorial systems are needed for most players. To be clear, Dwarf Fortress is possible to play without hours of reading through wikis, watching videos, and generally pondering how something is supposed to happen. You just won’t get very far before your clan ultimately goes belly-up, and you’re frustrated because you couldn’t figure out how to complete a simple mechanic, like creating farmable soil below ground, to keep everyone alive. When you figure it all out, it’s brilliant — it’s just hard every step toward that end goal.

Diablo Immortal is the now-infamous mobile iteration of the Diablo franchise that hammers home the idea of free-to-play games often being the most expensive titles known to humanity. Late-game play is simply impossible to get to without dropping tens of thousands of dollars on in-game microtransactions, each of which offers only an opportunity to get what is needed. It’s gambling, but without a tangible reward at the end of the spend. The blowback has been fierce, but it doesn’t matter — Blizzard has easily made their investment back and then some, thanks to the popularity of mobile gaming and a detachment between gamers, developers, and publishers.