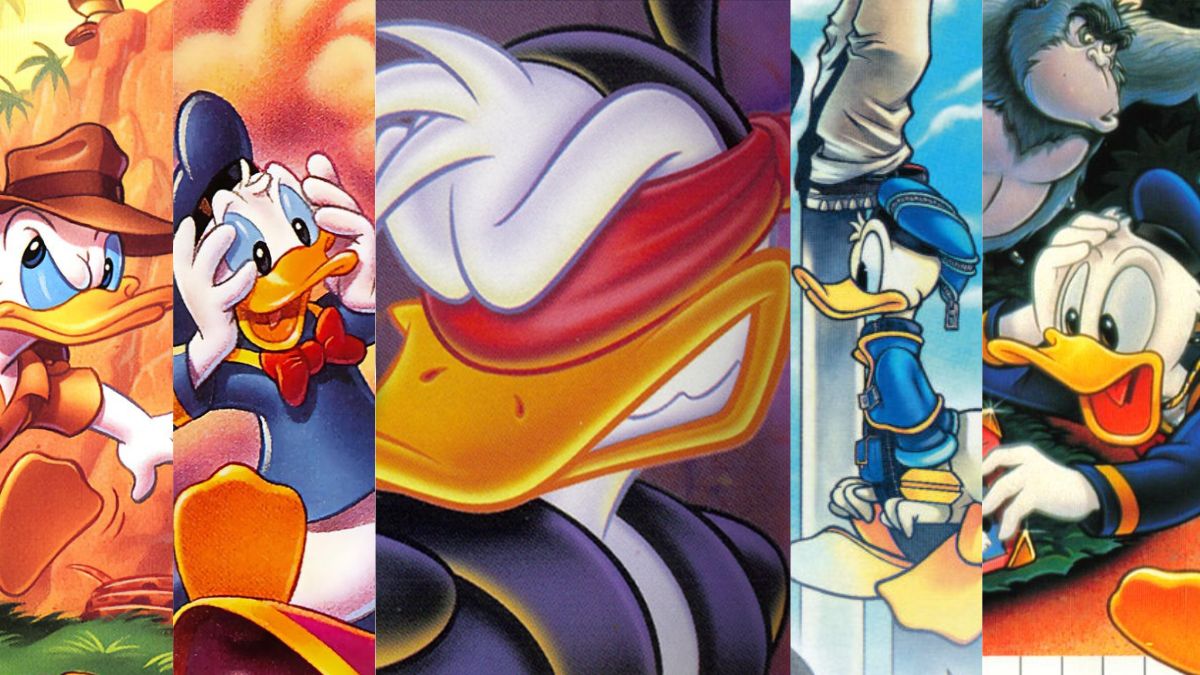 Whenever a new Disney game like Dreamlight Valley comes out, fans love to look back at other iconic mouse-house games. Many of these games star the original trio of anthropomorphic friends, Mickey Mouse, Goofy, and Donald Duck. From Kingdom Hearts to Quackshot, let’s rank the best adventures with this foul-grumbling fowl.

Turning Scrooge McDuck into a floating damsel, Deep Duck Trouble has Donald out in the jungle, trying to save his uncle from a devious curse. Puzzles and platforms galore, it’s a fun little adventure where you face the wild and all its strange magics (at least the kind of magic that turns ducks into hot-air balloons).

Where Mickey goes on adventures to play the classic rescuer-hero, lots of Donald Duck’s early games involve him playing an Indiana Jones-type character. For example, in QuackShot, Donald finds a map in Uncle Scrooge’s library. With a collection of neat gadgets, he must find the treasure and the secrets of the lost Great Duck kingdom before Pete. Booby traps and peril await him and you.

One of the most beloved games in old Disney video game history is the Illusion series. Many of Mickey’s best games are found here, and with Donald joining him on this adventure, it’s even more fun. Most notably, this game transports Donald and Mickey into a fantastical world mixed between Agrabah, Wonderland, and other Disney movie settings. Since this game led to other Disney-property-splicing games like Kingdom Hearts, Dreamlight Valley, and Epic Mickey, it’s nostalgic, historical, and fun to play.

When people talk about Donald Duck, you picture the grumbling, bumbling bird who gets roped into his family and friends’ many adventures. However, sometimes Donald isn’t so averse to action. In this mid-90s game, he becomes an action detective, a kooky kind of James Bond who wears unique outfits and gets thrust into constant danger while trying to help islanders save their land from exploding. The gameplay is inventive with its weapon designs and deserves praise for being such a creative, off-the-wall concept from a company that doesn’t always like risky choices.

The first three Kingdom Hearts games are iconic and could take up half this list, but because the second one is so good, we’ll let it shine in first place by itself. Donald is an invaluable help to Sora, collecting the keyblades and changing the world of Kingdom Hearts forever. From the great storytelling to memorable characters to the ever-so-2000s fashion designs, Kingdom Hearts 2 is a nostalgic game where Donald shines as a true friend. The game itself and his role in it are all treats you should enjoy.