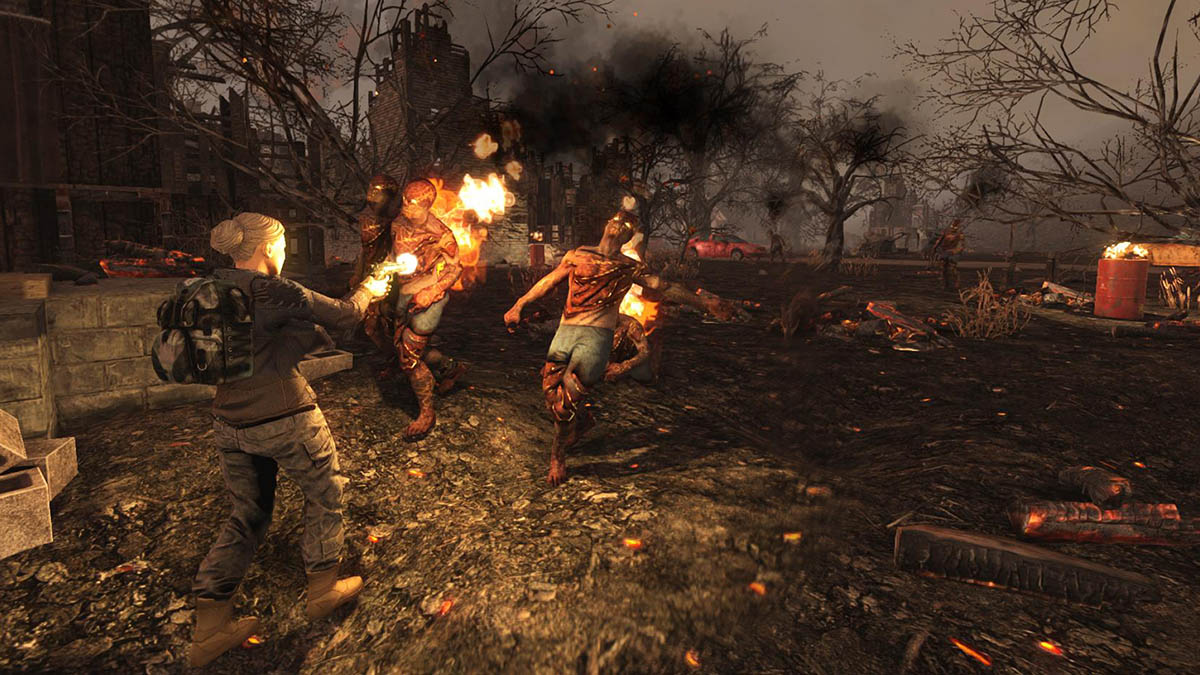 The post-apocalyptic landscape of 7 Days to Die is filled with dangers. Fortunately, there are plenty of weapons to either find or craft that can help you fight off the impending hoards that threaten to overrun your base. While some weapons can be found, others, like the Pipe Baton, aren’t reliably found in the wastelands of Arizona and need to be crafted.

The 5 Best Weapons in 7 Days to Die

Here are some of the best weapons to keep you safe in 7 Days to Die and the crafting recipe needed for them.

This isn’t the most precise weapon in 7 Days to Die, but it does allow you to do some very fun things with a little bit of planning. Building a pit and luring zombies into it makes them an easy target for this weapon, which damages everything within its blast radius. It will damage both creatures and blocks within its radius, so don’t get caught and try not to use them inside your base.

Crafting a Contact Grenade is fairly simple. The recipe can be learned by finding Schematics or by reaching Level 5 in Demolitions Expert. Once you’ve learned how to make it, you just go to a Workbench and craft it using the following materials:

The SMG-5 doesn’t have quite the same stopping power as the M60, but it has several advantages that make it a better gun to focus your materials on. It uses 9mm ammo, which is more common in the game, making it less likely that you’ll end up without bullets to fire. It also has high accuracy, a faster reload speed, and good accuracy in short and medium ranged combat.

To craft one, you’ll need to find the Schematics for the SMG-5 by wandering the wasteland. Once you find one, you can build one at a workbench with:

If you prefer to live dangerously and keep the fight close to you, then the Auto Shotgun is the best close-range weapon on offer in 7 Days to Die. It has plenty of stopping power and has a 17-round magazine, so you won’t find yourself stuck reloading very often. It deals massive damage to the zombies around you. It has low accuracy, but the close-range means you shouldn’t have much chance of missing anyway.

After finding the Schematic for the Auto Shotgun, players can craft one at a Workbench using:

The Iron Crossbow might not have the same stopping power as some of the firearms in 7 Days to Die, but it has some serious advantages that make it worth considering. It is effective in medium and long-range combat and uses the easy-to-craft bolts as ammunition. However, the biggest advantage it has over a firearm is that it is silent in combat, giving you more options as you try to survive the zombie apocalypse. It can also be upgraded with scopes and laser sights to help increase accuracy from a distance.

Crafting an Iron Crossbow can be done by either finding the Schematics for the weapon out in the world or by reaching Level 1 in Archery. At a Workbench, make one using:

What shooter is complete without a Rocket Launcher? This weapon has a great range, high damage, and can destroy the environment just as well as it blows up a group of zombies. It won’t do you any favors at close range, but if you can keep your enemies far from you, no weapon can offer the same destructive power as the Rocket Launcher.

To craft a Rocket Launcher, you’ll need to find the Schematic and use the following materials at a Workbench: