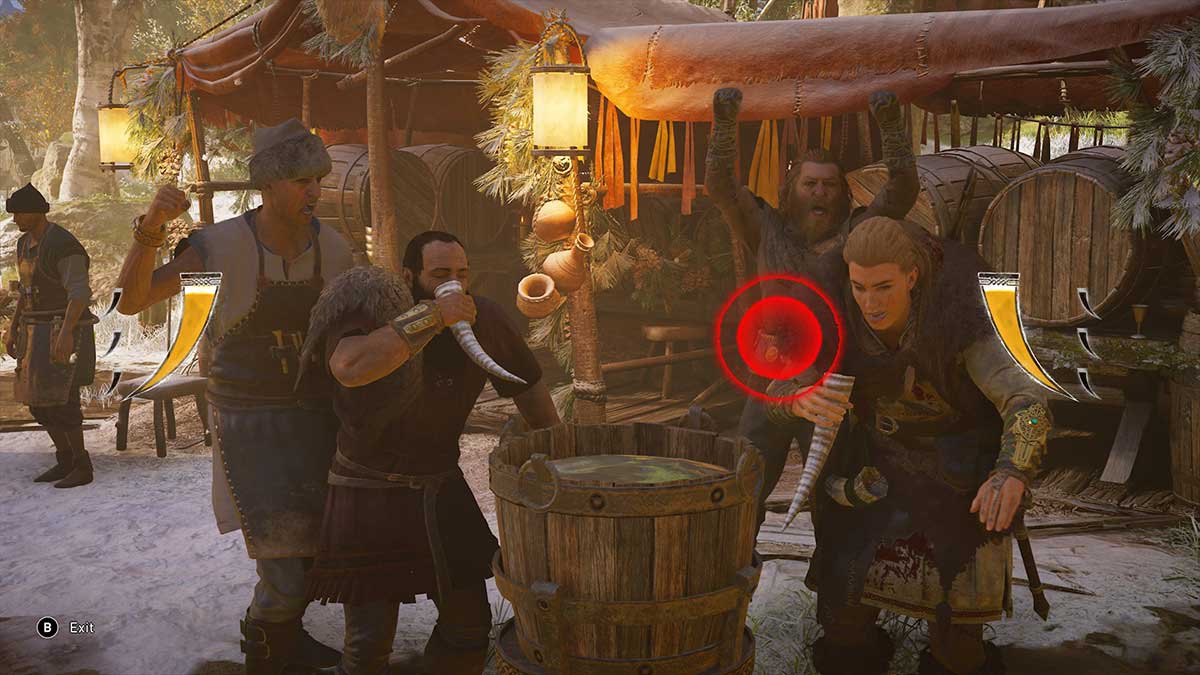 Assassin’s Creed Valhalla is currently playing host to the Yule Festival. The event adds a few new activities to the game, each of which awards Yule Tokens for you to spend on time-limited items from the event’s vendor.

Not every activity awards the same number of Yule Tokens though, and the Tokens you do get from some aren’t worth the time you spend earning them. In this guide, we’ll be covering the fastest ways to earn Yule Tokens so you don’t have to waste time on the slow stuff.

Our top recommendation for those looking to farm Yule Tokens fast is the Archery activity. This sees you tasked with shooting targets that slowly appear over the course of a couple of minutes.

The maximum number of Yule Tokens you can win is 40, but considering you’ll only spend a mere two minutes earning them, this is by far the fastest way of earning a decent amount of Yule Tokens.

Our highest score so far is 1400, but the reward doesn’t seem to go above 40. Still, over the course of ten or so minutes you could earn 200 Yule Tokens, which is more than you’ll earn in ten minutes with any of these other tasks.

For those who aren’t quite so pushed for time, the Yule Brawl is the next best activity for quickly earning Yule Tokens. You need to fight your way through a total of ten rounds against increasingly tough opponents, while Eivor gets more and more drunk between each one, to earn 70 Yule Tokens.

The round that seems to best most players is the sixth one, against a giant of an opponent. If you fail here, you’ll still earn 30 Yule Tokens, which isn’t bad.

Fighting through ten rounds will take you around 15 minutes, far longer than the archery activity. However, it does earn you a big old bucket of cash.

There are two Yule Festival quests to complete: The Case of the Missing Ale and Cow Catcher. Both of these take a long time to complete. With a guide, you’re probably looking at about 30 minutes each with all the travel time.

Both of these quests are by far the slowest way to earn Yule Tokens, but they’re a lot of fun and a nice distraction from constantly repeating the other activities. Each one awards you 140 Yule Tokens in one bundle, allowing you to buy any item from the event’s vendor. Not bad for half an hour’s work.

Drinking Game – Not worth it

The final activity that will award you with Yule Tokens is the drinking game. This is exactly the same as it is in every instance in Assassin’s Creed Valhalla. You tap a button in time with a slowly closing circle and try to keep Eivor from falling over or choking on their booze.

This activity awards a measly 10 Yule Tokens no matter how well you do in it. Unless you’re addicted to playing this mini-game, it’s not worth it for the rewards.