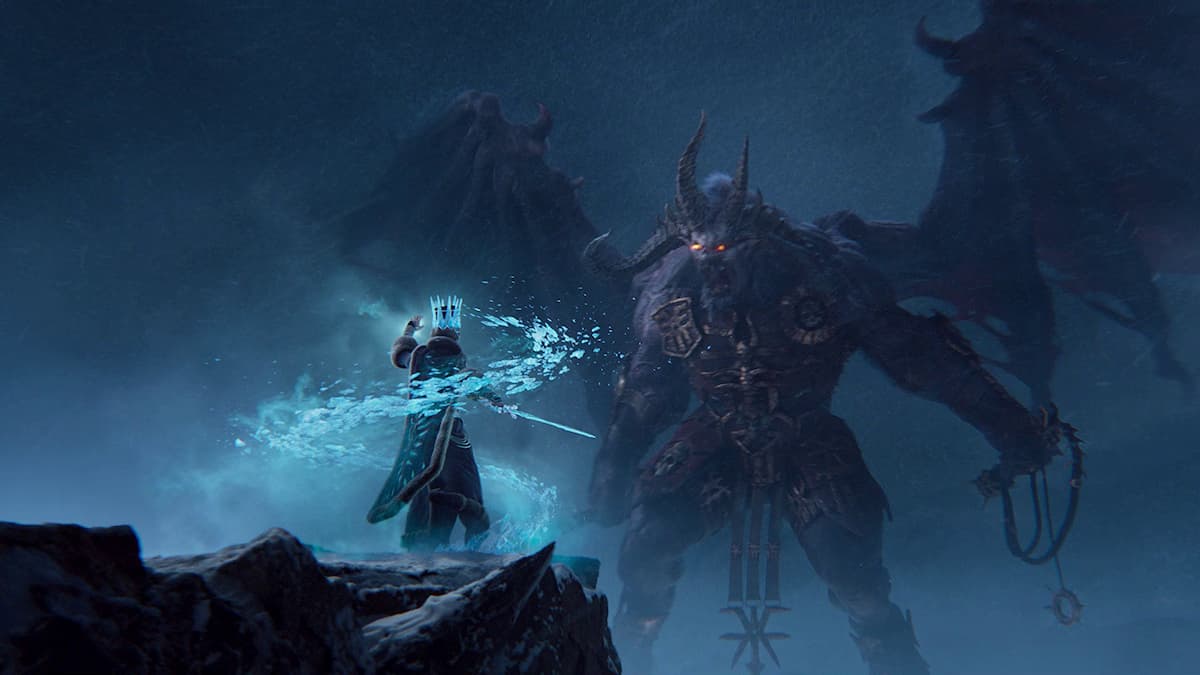 Total War: Warhammer III features a completely revamped online multiplayer system. It features up to eight players in a single match. Teams can be manually assigned, or players can enter a match independently. With this new online setup, some factions work much better for cooperative play than others.

The chaos factions are also at war with mortal kingdoms by default, and diplomacy is disabled between those groups. Here are the best factions to use in co-op sessions with these changes in mind.

Grand Cathay has two legendary lords who are siblings. Miao Ying and Zhao Ming begin near each other in the northeast of the campaign map. They share similar units and structures, and as a pair, they cover each other’s primary weaknesses. Miao is bad at up-close melee combat, and Zhao lacks good ranged buffs and spells. Using each lord to cover the deficiency of the other sibling’s army makes for fun co-op battles.

Together they can unite the Cathay homeland and defend the Great Bastion as one unified empire. Their story quests involve each other as well. This sibling team’s synergy makes them the best option for co-op play.

Kislev has three legendary lords, making them ideal for larger group play. One of them must be unlocked via a quest battle, but they all start near each other similar to Grand Cathay. Kislev is also recommended as a good faction for new Total War players.

Kislev doesn’t feature similar ideologies between the different legendary lords. Co-op players can put aside those differences and form easy alliances with each other. Kislev also features powerful units, making them ideal for working together when they invade a Realm of Chaos.

Although not as united in location or story as Grand Cathay, Kislev is still a fantastic option for co-op play, especially introducing new players. Easy campaign structure and powerful heroes make for a great time in co-op.

3) Daemons of Chaos + any one of the four Chaos Gods

The Gods of Chaos aren’t necessarily built for co-op play in mind. Even among allied Chaos gods, corruption will cause significant problems. Co-op is challenging whether competing corruption prevents growth or allied armies suffer penalties for just moving through the friendly territory.

Difficult doesn’t mean impossible, and good co-op play is still obtainable using the daemonic factions. One new faction, the Daemons of Chaos, features a unique mechanic to Total War. He is a custom hero who can be built in many ways. For example, he can choose which of the four gods to pay tribute to as he progresses through the campaign.

This allows the Daemon to function with any of the four other gods. His corruption is neutral and doesn’t impede allies. His units are also custom, so he can modify his army composition to match a partner or make up for a weakness that one of them may have. For example, Tzeentch has powerful ranged units but lacks front-line fighters to defend them. Another player using the custom Daemon faction can fill his army with Khorne units and provide a heavy melee defense for co-op battles.

The four Gods of Chaos aren’t fit for cooperative play. However, the Daemons of Chaos and his custom faction fit nicely with any Chaos faction a friend may choose to use. Careful consideration of unit types and keeping corruption to a minimum in allied lands is critical.