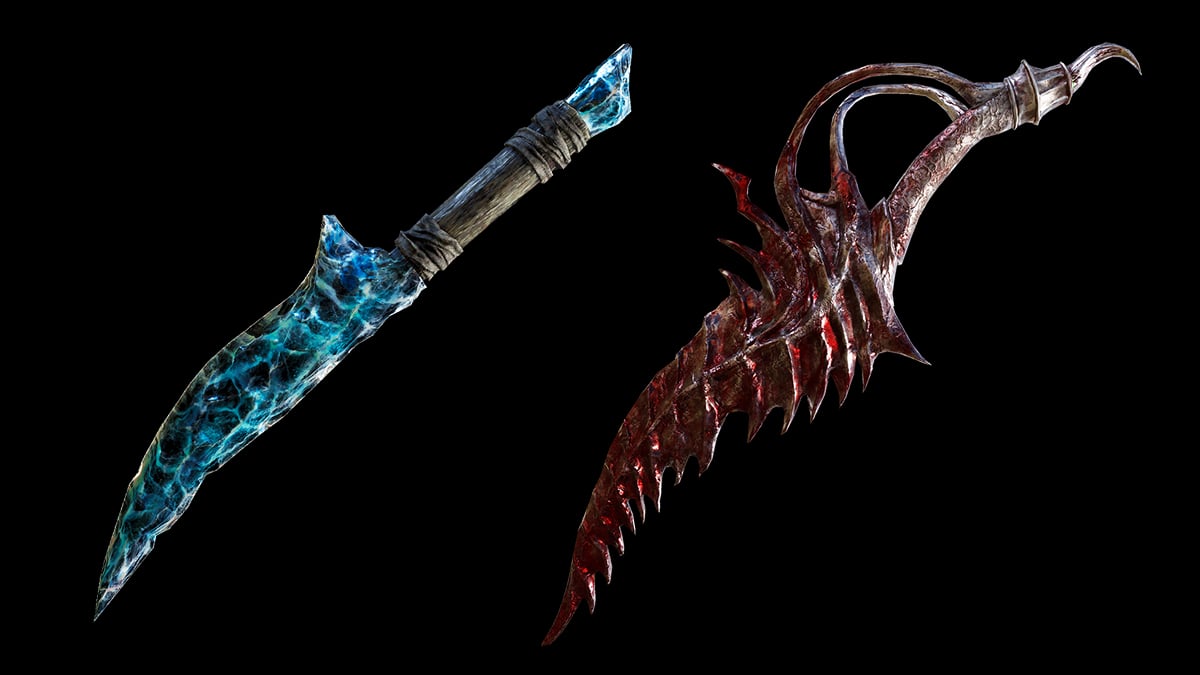 Daggers are the go-to weapon for stealth builds in Elden Ring. The extremely close-quarters weapon isn’t for everybody, but if you want to wield one, you’ll need to know where they are. There are 16 daggers in Elden Ring, and the majority can be found in the game’s opening areas: Limgrave, Liurnia of the Lakes, and Caelid. Of those, eight can be obtained relatively easily and early. Here’s a list of the best early game daggers and where to find them.

Related: What are the earliest katanas you can get in Elden Ring? Answered

This is the first Dagger you can get in the game — the Bandit class starts with it. If you choose a different class, you can obtain one as a random drop from Demi-Human enemies that wield it.

Daggers, the simplest form that shares the name of the weapon class, are often dropped by Highwaymen you find all across Limgrave. Alternatively, you can buy one from the Twin Maiden Husks at Roundtable Hold for 400 runes.

Patches sell this for 100 runes after encountering him inside Murkwater Cave in northeast Limgrave. The location is marked in the screenshot above. If you accidentally killed him, give his Bell Bearing to the Twin Maiden Husks to purchase it from them instead.

This is also found near Murkwater Cave. An invader called Bloody Finger Nerijus will appear at the spot marked above. He’ll drop this upon defeat.

Kenneth Haight gives this as a reward for clearing out Fort Haight in east Limgrave.

This is found at the Village of the Albinaurics in Liurnia of the Lakes. The Site of Grace is shown above, but remember that it’s under the surface there. Head straight east from the Site of Grace. You’ll find a coffin up the hill that holds the sickle.

The Crystal Knife is inside Raya Lucaria Crystal Tunnel — the entrance is marked above. Once you take the first elevator, proceed forward across the pit. In the next passage, go through the second doorway on the right. Here is a chest containing the knife, but beware of the three enemies guarding it.

Finally, you’ll find Wakizashi inside Gaol Cave, a dungeon in west Caelid, marked above. You’ll open the jail cells inside as part of completing the dungeon. Once you do, drop down and head right to start backtracking. Drop into the next pit and continue forward. You’re looking for the cell immediately after the one stuffed with exploding enemies on the left. Inside that cell is a trio of corpses, one of which holds the weapon.