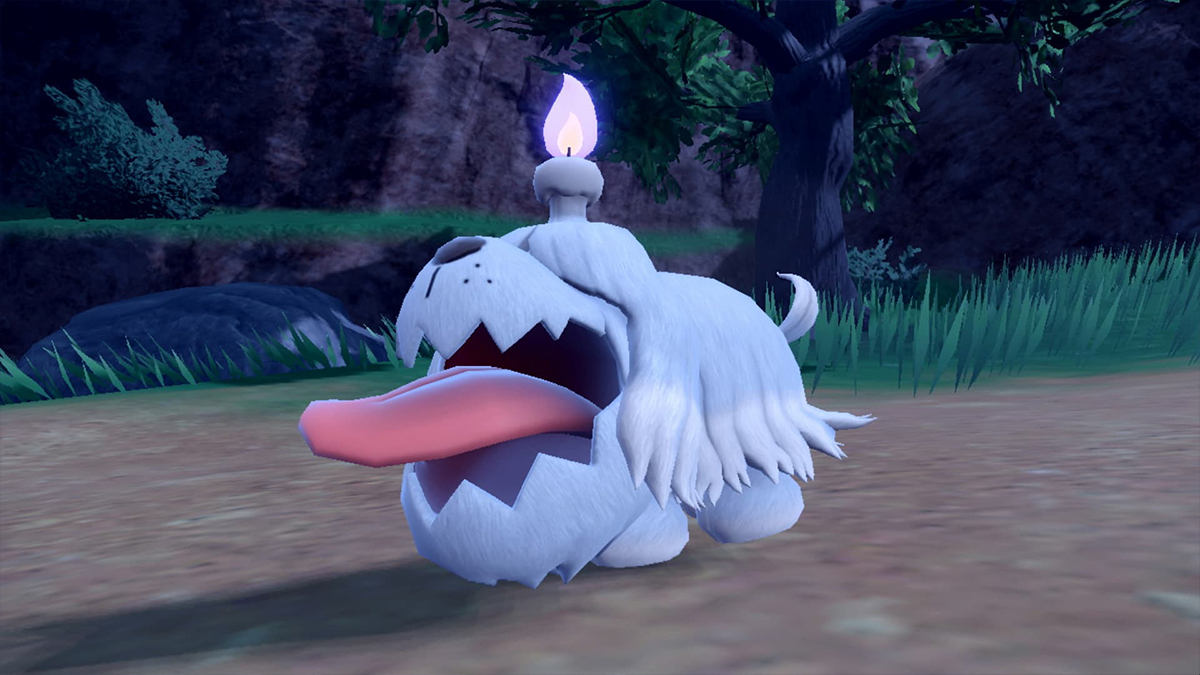 We’ve met a lot of new Pokémon in the lead-up to Scarlet and Violet versions, and the latest edition is an adorable little ghost dog named Greavard. We’ve seen plenty of fanart for every new addition to the Gen 9 Pokédex, but when the internet sees a dog, it gets even more excited. Here’s a roundup of the best Greavard renditions we’ve seen.

First, we’ve have this slobbering pup from @keriage. The purple and orange background plus the bats perfectly represent the spooky time of year when Greavard was revealed.

@limereptileart took their drawing in a different, but equally colorful direction. Since this is a Ghost type, the purple overtones work really well.

This silly drawing from @sleepy_princee imagines what the new ‘mon would look like if you pulled its fur back. Those beady little eyes are extra cute beneath a pink bow.

Given the candle on Greavard’s head, you have to imagine it gets wax in its fur pretty frequently. @its_darMP drew a version of the dog with an actual wax body.

If the candle reminds you of Litwick, you’re not alone. @inkwood_art paired up Greavard with little Litwick for their fanart, in which the dog gives its pal a friendly lick.

There’s a whole lane of drawings that match up Greavant and Litwick, in fact. Here’s one from @DO9Bessa of the pair parading off somewhere.

Given the Gengar that appeared in Greavard’s intro trailer, it’s only fitting that it would spend time with Gastly too. You’ll find lots of fanart like this piece from @GeneralPedroArt that groups new and old Pokémon together like this.

@Wyattoons looked at Greavard and was reminded of the old school Hanna Barbera cartoon character Mutley. The signature grin really does look good on this dog.

We also got a nice pixel art version of Greavard from @SharkGuy8. Scarlet and Violet might be Gen 9 games, but it’s nice to imagine their new ‘mons with a Gen 1 look.

Finally, we have this double take of the new dog by @tribdinosaur, which imagines Greavard with a much heavier candle on its head. We don’t know if Greavard actually has an evolution, but something like this would make perfect sense.